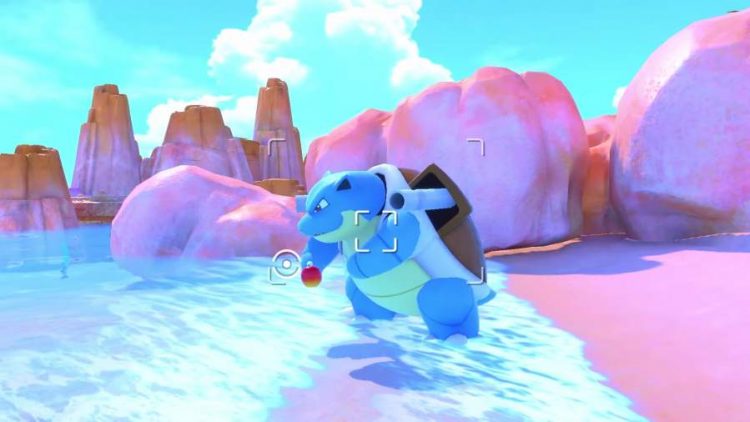 New Pokémon Snap is an upcoming sequel of Pokémon Snap which is a first-person simulation video game. For many years the fans of the game are waiting for the game. Finally, the announcement about the sequel came in 2020. The game is now in development for Nintendo. The release date of the game is also released. The first game became popular and many people got addicted to it. The developer of the new game is Bandai Namco Studios. According to the creators, the new game will have players using on-rails hovercraft to research Pokemon and photograph them. Know all the interesting details of the New Pokemon snap here.

When is the release date of the game set?

The announcement regarding the sequel came on Pokémon Presents presentation on 17 June 2020. The game is going to release on Nintendo Switch on 30 April 2021. It is going to serve as the First-person rail shooter simulation. Stay tuned for game.

What is the gameplay of New Pokemon Snap?

In the New Pokemon Snap, the player will serve as the Pokémon photographer. He will visit many islands in the game to discover Pokemon. The main location of his project is Lental region. The player also has to assist the professor named Mirror and his assistant Rita. They have to take photos of the Pokemon and through that build a compendium called a Photodex. There are over 200 different types of Pokémon in the game and the player has to find the Pokemon and photograph it. After that, they have to take photos and add them to Photodex. Moreover, they will get the chance to investigate the Illumina phenomenon. Because of the phenomenon, the Pokemon and the plants get a special glow.

Grab your camera, and get ready to photograph Pokémon while exploring beautiful islands on Nintendo Switch! https://t.co/7lqjl7saf0 pic.twitter.com/p6oJgmwZ8d

The player can go on many expeditions in the game and on each research expedition the player will travel in an on-rails hovercraft. The name of the Hovercraft is NEO-ONE and with this, the players can safely photograph the Pokemon in their natural environments. Some of the habitats in the game are jungles, beaches and deserts. Then the photographs taken by the player gets graded by Professor Mirror. He will check the shot composition, the close range, and whether they are seeing the camera or not. To make the photographs look better the player can utilise the fruit called fluffruit to lure Pokémon out. These are the matters the players can expect in the Pokemon game.

What does the trailer of New Pokemon show?

The trailer of the game displayed some fantastic details. We get a look at the visual Professor Mirror and lots of different Pokemon at their natural habitats. We also get a glimpse of the gameplay that is taking photos while flying in the hovercraft. There are also some throwbacks of the original tools from the first game. The mysterious glow in the plant and Pokemon in the game is also the major part of the game.

New Pokemon Snap will offer you amazing gameplay. You can travel throughout the land to capture the pictures of the Pokemon.