Why is Niagara Falls Still The Most Romantic Place on Earth? 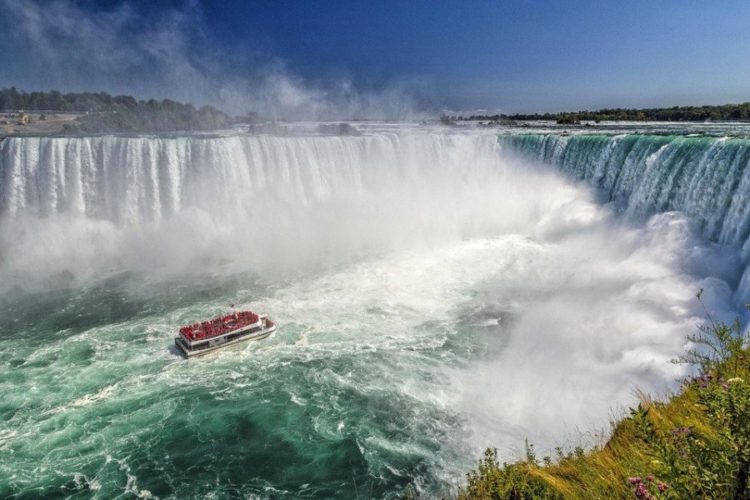 The mighty Niagara Falls, which spans the border between Ontario in Canada and New York state in the US, has long been considered one of the most romantic places on earth. While some people may prefer more exotic or adventurous locations for honeymoons and romantic getaways today, there are many solid arguments for why Niagara Falls is still the most romantic place on the planet.

Niagara Is Made for Romantic Couples

What could possibly be more romantic than going on an illuminated Falls cruise in the evening and then dining at a world-class restaurant followed by a night of entertainment at somewhere like Fallsview Casino? The $1 billion casino complex itself overlooks Horseshoe Falls and it is one of the most prominent features of the skyline. The resort also contains a hotel featuring high-end luxury rooms, so if you would rather play casino games online before spending a romantic night in with your partner, you can do so at one of the best online casinos in Canada.

There are plenty of other places in Niagara that are handmade for couples, including fabulous restaurants, bars, and spas. In the daytime, you can stroll through the beautiful gardens at Queen Victoria Park, go on a tour of local vineyards, or view the falls from many different vantage points. You could even take a helicopter over the majestic Horseshoe Falls for a romantic experience you and your partner will never forget.

With so much entertainment and so many attractions in the area that have couples in mind, you are sure to get swept along with the beauty, magic, and romanticism of Niagara Falls.

Niagara Falls is not only the most romantic place on earth because of the falls’ sheer beauty and the plethora of attractions for both married couples and new partners. It is also steeped in romantic history. No other place on the planet has such a rich historic connection to love and romance. It all started over two hundred years ago.

The idea of honeymooning after a wedding did not become popular until the nineteenth century, but Niagara can claim to be the very first honeymoon destination in history. The first newlywed couple to knowingly honeymoon at Niagara Falls took their trip in 1801. Yes, people were going on romantic honeymoons to Niagara even before it became a thing.

The first couple to honeymoon in Niagara was the future South Carolina governor Joseph Alston and his eighteen-year-old bride Theodosia Burr, who was the daughter of the US Vice President Aaron Burr. The couple trekked all the way from Albany by packhorse.

The Rise of Niagara Falls’ Romanticism in the Twentieth Century

It was during the twentieth century when Niagara Falls really caught the imagination of the public and saw droves of honeymooners and couples arriving. That was majorly due to the emergence of photography and videography. Once people were able to see Niagara Falls in photographs and on film, the falls became one of the most famous, and famously romantic, places on earth.

In particular, several movies helped to make Niagara become such a recognized romantic place. Marilyn Monroe’s classic movie Niagara especially helped to seal the falls’ reputation as a honeymoon destination. If you have not seen the 1953 film, it features two honeymooners in Niagara Falls, as you probably suspected.

Niagara Falls has a rich history in romance and is still as popular as it ever was for romantic couples and honeymooners. So, if you are looking to take your partner somewhere where love is in the air, you really should consider the magic and romance of Niagara.

Also read: Decide Your Honeymoon Location Between Bali and Phuket, We Have Come up with 4 Simple Points

5 Points to Know When Hiring Bentley Rent in Dubai