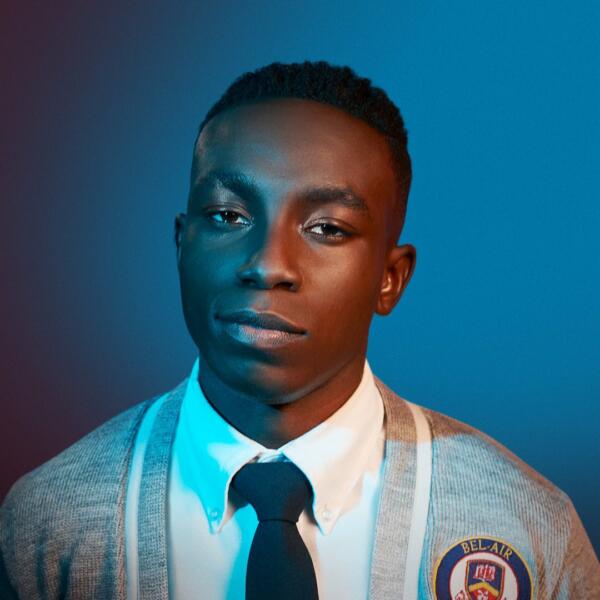 Olly Sholotan, born on 5 April 1998, is a well-known actor, model, singer, songwriter, theatre artist, TV personality, and social media star from Atlanta, Georgia, United States. People know him popularly in the country for his soulful voice and incredible acting skills. However, Olly came into the limelight in February 2022 after appearing in the popular ” Bel-Air.”

This is the reboot season of “The Fresh Prince of Bel-Air” of the late 90s. Olly Sholotan acted in the role of Carlton Banks, one of the most favorite characters. Besides this, he has also worked in a lot of series and films like “Run Hide Fight,” “All American,” “Main Street.” and a lot more.

At the same time, Olly is also a songwriter and singer. He recently released a song, “Lie 2 Me,” which many people liked. For instance, some of his other popular songs are “Steal My High,” “Enough For Me,” “Fading,” “Damn Good,” “Kill It,” and others. So are you curious to know more about the life of the young celebrity? Stay tuned to us until the end, as we will share some interesting details of his life here. Let us take a look!

As we said earlier, Olly Sholotan was born to his parents on the 5th of April 1998 in Atlanta, Georgia, United States. So he is currently 24 years old. His real birth name is Olamide Sholotan. He spent most of his childhood in Houston, Texas, USA. Now, the young actor is residing in Los Angeles, California, for his acting profession.

According to the sources, Olly attended Kinder High School for Performing and Visual Arts for his high school graduation after completing his basic education. Later, he obtained a bachelor’s degree from the UCLA School of Theater, Film, and Television. Let us now look into some interesting details about his familial and personal life.

Who are Olly Sholotan’s Family Members?

If you are a fan of Olly Sholotan, you must be eager to know about his family members. Well, you are at the right place; let us share all the details here. As per the sources, Olly Shotolan comes from a well-off family who always supported and motivated their kids to achieve their dreams.

After a lot of research, we could find out that his father, Bosun Osos, and his mother, Yemi Sholotan are entrepreneurs. In fact, his mother is also a Community advocate and leadership developer. Olly has also shared lots of pictures with his family members on his official social media profiles. He shares a great bond with his siblings. As per the sources, Olly believes in Christianity and belongs to an African ethnical background. However, since he was born in America, he holds American nationality.

Who is Olly Sholotan’s Girlfriend?

Many of you might be eager to know the answer to this question, right? Well, let us share with you all the juicy details. Needless to say, Olly Sholotan is pretty handsome and smart, so it is natural that he might be dating someone. Let us find out!

Olly posted on his Twitter in 2019 that he is single. However, in 2020, many people began speculating that he is dating his co-star Isabel May. But as of now, none of them has commented n the viral rumors. At the same time, he has also shared pictures with his friends and co-actors, but he has never-mentioned them more than his colleagues. So we can consider his relationship status as single.

As per the sources, Olamide Sholatan started taking in acting during his high school days. In fact, he also took part in several dramas with his fellow classmates, and the judges much loved his acting. So after completing his bachelor’s degree, he started taking training in acting.

Media sources reveal that he debuted in his acting profession in 2017 with a short film, “Main Street.” In fact, Olly played the phenomenal role of Jeremy in the short film “Partying with Communists” in 2018. In the following year, he also got an opportunity to appear in the All-American series as Taequan Mann. However, he rose to fame with his role as Carlton Banks in the “Bel-Air” TV series.

It is actually the reboot of the late 90s popular series “Fresh Prince of Bel-Air.” Some of his co-stars are Jabari Banks, Duane Martin, April Parker Jones, Akira Akbar, and many others.

Olly Sholotan’s Career As A Singer

If you have heard Sholotan’s songs, you will know he has a unique soft vocal tone. So naturally, his songs are always liked by people. He prefers to sing songs of the pop genre. In fact, he has also signed a contract with the Lamintin Records label.

What is Olly Sholotan’s Net Worth?

Needless to say, Olly Sholotan is presently living a lavish lifestyle alongside his family members. As per the sources, he owns an expensive apartment in Los Angeles and has decorated it beautifully. At the same time, he also already purchased some luxurious cars.

But Olly prefers to keep his private lifestyle away from the limelight of the media. As you can guess, the young celebrity is highly successful in his professional career; he has a massive net worth of around $2-$3 million.

Some Interesting Facts About Olly Sholotan

If you are a fan of Olly Sholotan, you must be curious to know more about the personal life of the young celebrity. We have summed up some of those unknown facts about him here. Let us have a look:

Olly is an American actor, singer, and TV personality.

His parents are Bosun Osos and Yemi Sholotan.

Olly is not dating anyone presently.

So as we conclude, we can say that Olly Sholotan is one of this generation’s most famous celebrities and social media stars. Even though he is still pretty young, he has already achieved several milestones in his future. Needless to say, his talent and hard work have made his family proud. We hope he is able to fulfill all his dreams and aspirations in the future.