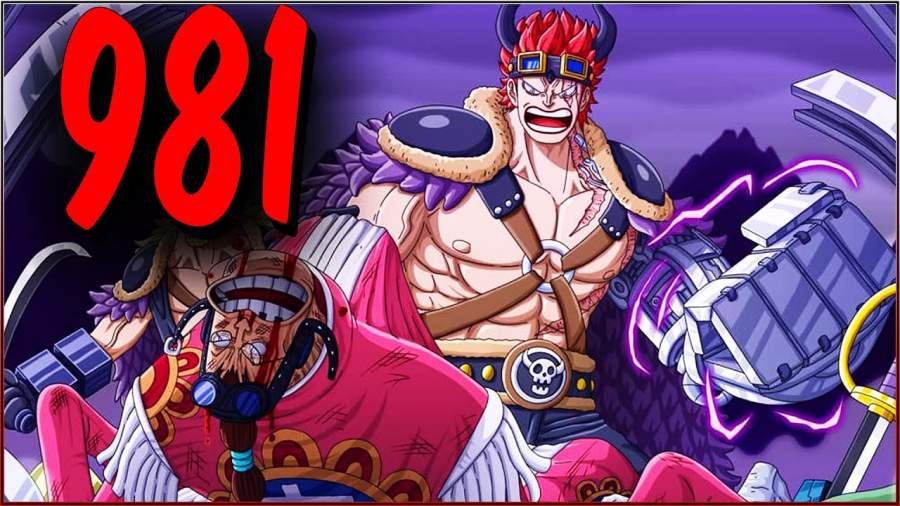 One Piece: Chapter 981 is going to be really interesting. Do not miss to watch it this month. One Piece is a Japanese manga released in the Weekly Shōnen Jump from the year July 22, 1997. The manga is popular for its storytelling, characters, and humour. The manga has also broken many records because of its massive publication. It has got a Guinness record for the many copies published. You can find all the information about the release of One Piece 981 chapter here.

Although the release got delayed because of Covid 19 pandemic there is new data provided by the creators. The One Piece manga 981 will release on the set date June 7, 2020. So you can find out all about the new events in the manga.

The series is about Monkey D. Luffy who starts to go on a journey to the East Blue Sea to search for a legendary treasure. His inspiration in life is “Red-Haired” Shanks who is a famous pirate. Monkey D. Luffy wants to become the King of the pirates. He then begins the process of getting the crew members. He saves a man and becomes friends with him named Roronoa Zoro. They both join together to find One Piece. The teams get bigger as Nami a robber and navigator joins them.

The other members also join the team such as Usopp a liar and Vinsmoke Sanji a thief. The pirate team then aboard a ship named Going Merry. They fight with the dangerous pirates of the East Blue in the journey. When the ship Going Merry becomes damaged they get a new ship and name it Thousand Sunny. The team encounters many dangers in the forms of other pirates, bounty hunters, secret agents, revolutionaries, and soldiers. But they go ahead amidst all the trouble to fulfill their dreams.

What happened in chapter 980 of One Piece?

In Anime One Piece: Chapter 980, we saw Charlotte sharing her feelings with Goto. However, he did not prefer her and seemed irritated by it. The story starts with banquet and Luffy is socializing with the beast pirates and nobody knows who he is. Luffy sees many people wasting Oshiruki so he gets angry because others do not have enough to eat. He starts to attack the pirates with the Elephant Gun. Because of this sudden move, the beast pirates may recognize who he is even if he is in disguise.

The kid receives news about Luffy’s fight and he comments about Luffy’s stupidity. Zorro comes and joins the crowd and he puts the blame on Luffy because of the deed he does. The queen and Apoo find out that they are not the members of the beast pirates and come to identify who they are. Everybody chases Luffy and Zorro. They both get down and become weak because Apoo attacks them with force. However, Zorro gets his consciousness and carries Luff to escape. Later kid attacks Apoo and uses his Gun to knock him down.

What to expect in chapter 981 of One Piece?

The upcoming chapter will show if the Kid’s fight killed Scratchmen Apoo. As the Queen, Apoo, and other skilled pirates are aware that Luffy and Zorro are at the festival. However, people who are not in the banquet are not aware of the problem that happened. The news did not get to Kaido.