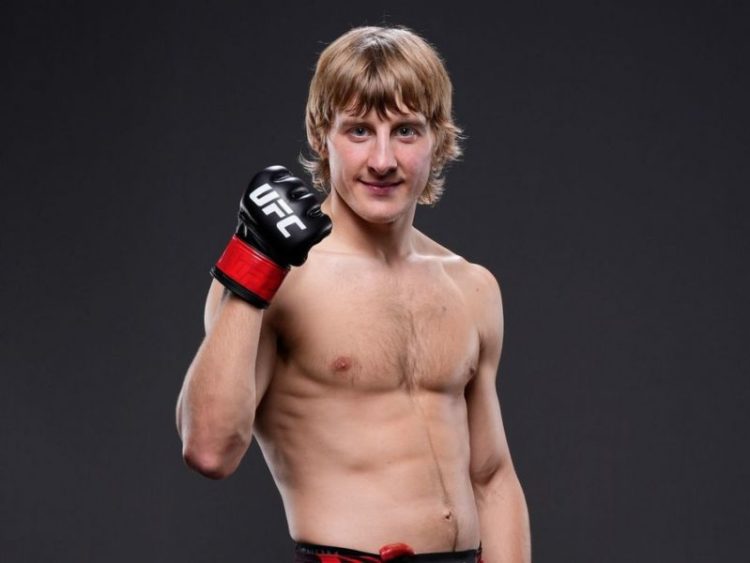 Paddy Pimblett is one of the most famous ultimate fighting championship stars out there. In fact, those of you who follow him would surely know about his recent thumping win. Yes, we are talking about his awesome performance that led to his victory two weeks ago. According to the sources, ‘The Baddie’ or whom we also know as Paddy, competed in the Promotion’s 115 Pound division. In that game, he took on Rodrigo Vargas during the UFC London event in the month of March, on 19th at O2 Arena.

Even though he had a thumping win over his rival, he has come to the limelight for a whole different reason. As per the sources, he has ballooned up after his fight against Vargas. In fact, it’s not the first time that we have seen Paddy Pimblet in a state like this, especially after a fight. On previous occasions, too, he gained massive weight after a victorious night.

So, if you want to know more about the story, you are at the right place. Go through this article if you wish to learn more about Paddy Pimblett’s fight against Vargas and his weight gain story.

A Victorious night at the UFC: ‘the Baddie’ Pimblett Takes on Rodrigo Vargas

We just mentioned that Paddy Pimblett took on Rodrigo Vargas on the promotion’s 115-pound division game on 19th March at O2 Arena. So, the fans may like to know that Paddy didn’t start amazingly well. In other words, he had a sketchy start at the beginning of the bout.

However, he held his composure and kept his hype alive. In other words, he caught Vargas in a rear-naked choke during the latter part of the bout. Naturally, the fans erupted seeing their favorite UFC champ winning with exquisite finesse.

Moreover, it’s also worth noting that the fans of Paddy cheered thunderously at the submission. Finally, you may also love to know that Paddy will have another big game to win later this year.

Is Weight Gain an issue? the UFC Champ has Added 40 Pounds ow

So, we mentioned earlier that Paddy Pimblett has always had a weight gain problem. In other words, he has gained considerable weight after his bouts. However, it’s remarkable that he has gained 40 pounds after his fight against Rodrigo. What’s more remarkable is the fact that he gained those 40 pounds in just two weeks after his last bout. So, that’s why fans have shown their concern over the UFC champ’s health. However, Paddy is not worried about his weight scale since his fight with the Brazilian champ.

In a new video on his YouTube channel, we can see Paddy Pimblett sitting around 195 pounds. Yes, he is now 40 pounds heavier than lightweight. Furthermore, it’s worth noting that he is currently riding a four streak win.

Moreover, he also has a professional mixed martial arts record of a staggering 18-3. It includes six victories by KO and TKO and eight by submission. Therefore, we can say that he’s an amazing man who takes his fights seriously and performs exceedingly well on match night.

Pimblett Loves to Enjoy his Love Eating Whatever he Wants

The star has finally spoken about his health and weight scale in a recent interview. Earlier, we mentioned that Pimblett’s sudden weight gain is not an alien thing. In other words, this is not the first time that he has added extra pounds. He also knocked his opponents out on previous occasions and gained weight later on after eating voraciously. Especially when he made his Octagon debut in September 2021 against Luigi Vendramini, he knocked out his opponent in the first round. Like after Rodrigo’s fight, Paddy put on a lot of weight.

So, talking about his weight gain, he enjoyed being fat. In his Chattin Pony Podcast, he explained that everyone should enjoy their life to its fullest.

“Everybody keeps commenting s*** like paddy the fatty, and I’m like yeah, I enjoy being fat.” He added, “I do…I’d rather be fat and happy than ripped and miserable 24/7.”

“I’m saying these people are in shape just 24/7 all year around. Like lad goes and enjoy your life, you don’t enjoy that. Stop going on like you enjoy living that lifestyle because you’re dying for a cookie, though.”

So, after the match against Vargas in the Octagon, Paddy took the chance to call out Mark Zuckerberg of Facebook. He said, “ who do I want to fight? Mark Zuckerberg…lad, I’m going to punch your head in; I am sick of you. Sick of you shutting my Instagram accounts down when all I do is help charities and help people with mental health problems.”

He even added, “you’re the biggest bully in the world, lad.” Furthermore, in the post-fight press conference, he added more to his thoughts about Mark. For instance, he believes that Mark is hypocritical in nature and he is disgusting.

“It kills me…Mark Zuckerberg’s a lizard…I’ve got to be a lot smarter on my social media because, you know, I’ve had two accounts took off me now, and the second account had 120k followers.”

Paddy Pimblett is one of the best stars in the Ultimate Fighting Championship. As a wrestler, he has become incredibly famous. Furthermore, he also has over 600k followers on his Instagram account. Last but not least, he completely brushes off the weight scale issue.