Patrick Mahomes Was “Surprised” By The Comment Of Tyreek Hill 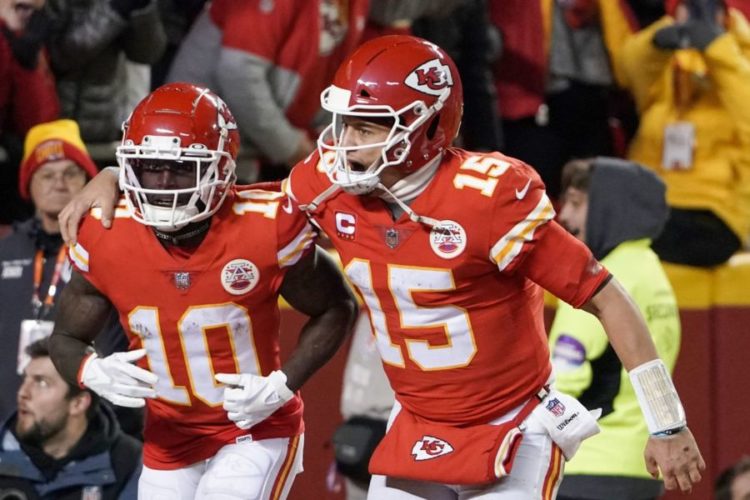 We know that Patrick Mahomes is a star player in the NFL. In fact, he is the only quarterback in history to throw for over 5,000 yards in a single season in both college and in the NFL. Moreover, he was named the NFL MVP and the NFL Offensive Player of the Year in 2018. In addition, he was also awarded the Super Bowl MVP. However, recently he was surprised beyond expectations.

Recently, during a minicamp presser Patrick Mahomes remarked that the recent comment of  Tyreek Hill has surprised him. Read the article to know more about the comment.

Tyreek Hill recently appeared in his podcast, “It Needed To Be Said”. There while talking about the NFL, Hill commented that as far as accuracy is concerned, he would always choose Tua over Mahomes. Tua Tagovailoa is no doubt a good player. But his comment has been criticised by many. In fact, Hill later supported a tweet by Robert Griffin III. In that tweet, Robert suggested that Hill was not attacking Mahomes, but was actually supporting his new Dolphins quarterback.

However, Patrick Mahomes while responding to Hill’s comment, said that he was surprised. In fact, he also remarked that the Chiefs “loved” Hill during his time in Kansas City.  He also jokingly remarked that Hill perhaps said that to gain some popularity for his podcast.

Tyreek Hill seems to have changed his loyalty after leaving Kansas City. It often happens with players. However, Patrick Mahomes is still true while assessing Hill. He never made any comparisons. In fact, he said nice things about Hill and his game. Moreover, Mahomes called Hill a “one-of-a-kind player”. He stated that he still loves Hill.

However, Patrick Mahomes then quickly shifted the conversation to a discussion about the game. In fact, he also remarked that he and Hill have achieved much playing together. But at the same time, he remarked that all those would not have been possible without head coach Andy Reid in power. He stated that Reid’s offensive game includes all the players of the team and he himself is only a part of it.

Patrick Mahomes seems to have taken Hill’s comments lightly. At least his joking remarks seem to suggest that. But Hill’s comment has received some criticism from the fans and from the experts. It might be that Hill was not attacking Mahomes. But the comment might also indicate something else. In fact, it remains to see how things develop between Mahomes and Hill in the days to come.