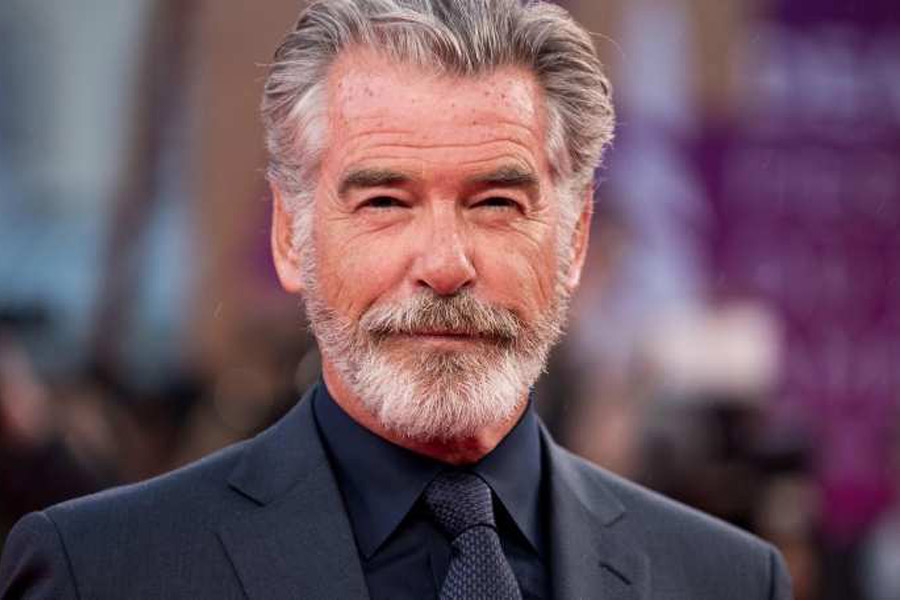 Pierce Brosnan is an Irish actor, producer, and activist. Although an Irish by nationality at first, he became a naturalized citizen of the USA. He is the fifth actor to play as James Bond in the James Bond movies. Although is well known as James Bond he also acted in many successful films that established him as an actor. Now the actor is also known for his activism and environmentalism. He received two Golden Globe award nominations.

Here you can find all the information about the actor.

Brosnan was born in County Louth, Ireland. His father’s name was Thomas Brosnan who worked as a carpenter. His mother’s name was Mary. For twelve years he lived in Navan, County Meath and it became his hometown. He attended St Anne’s Primary School located at Navan. While Pierce was just an infant his father left the family. His mother moved to London to work as a nurse. Then he stayed with his maternal grandparents. He served as an altar boy in de la Salle Brothers’ local school.

He left Ireland to unite with his mother and her new husband. His stepfather William Carmichael took him to a James Bond film Goldfinger. Then he moved again to London to join Elliott School. After leaving the school he wanted to become a painter and trained at Saint Martin’s School of Art. But he took an interest in drama and joined the Drama Centre London. He shared in an interview that the feelings of becoming an actor impacted his life. He got a sense of liberation.

After graduating from the drama college he began to work as an assistant stage manager at York Theatre Royal. Then he made his debut in Wait Until Dark. He only had to wait six months to act again because playwright Tennessee Williams asked him to play the role of McCabe in The Red Devil Battery Sign. In England, his performance impressed the audience. In 1977 he got selected to act in the film Filumena. Then he played in many film roles such as Noble House, The Lawnmower Man, Mrs. Doubtfire, The Fourth Protocol, and lots more.

As James Bond in movies

After delays, Brosnan took the place as the fifth James Bond after Timothy Dalton. He signed three bond films. The first movie is the GoldenEye that grossed US$350 million after its release in 1995. Many praised his acting as James Bond as being more charming and witty. In the middle, he acted in The Thomas Crown Affair that was a box office as well as a critical success. Then he came back as James Bond in 1997 in the movie Tomorrow Never Dies. Then there was another movie The World Is Not Enough. Both of these films were excellent and because of his success as James Bond, he acted in the fourth film also. However the Die Another Day was not a critical success but did well at the box office.

He loved to act in Bond films and at the side acted in some mainstream films also. He played the role of a scientist in the popular sci-fi movie Mars Attacks. The role of James Bond is now taken over by actor Daniel Craig.

The first film he did after his role as James Bond is Laws of Attraction. Then he acted alongside Salma Hayek and Woody Harrelson in After the Sunset. The next film is The Matador. For his actions in the film, he received praise from the critics and the audience alike. He got nominated for the category of Best Actor in a Musical or Comedy in the Golden Globe awards. He also acted in Romantic films such as Mamma Mia alongside Meryl Streep. In 2009 Brosnan acted in a movie called Ghost Writer which is about the troubled life of a Prime minster.

Brosnan is going to act in a film adapted from the novel of Ernest Hemingway called Across the River and Into the Trees. In the film, he is going to play the role of Richard Cantwell a retired American army colonel. Brosnan is also going to appear in a historical film The Wreck of The Medusa set in the 19th century. He is also going to be a part of a heist film called Misfits. There are also speculations of the actor taking the role of Grand Admiral Thrawn a character in the Stars Wars Franchise.

Brosnan got married to Cassandra Harris an Australian actress. They started to date and then purchased a house at Wimbledon. When first meeting her he got impressed by her beauty. They got married on 27 December 1980. Then Cassandra gave birth to Sean Harris. He also adopted the kids of Cassandra from her previous marriage after her first husband’s demise and gave them his surname. But unfortunately, Cassandra too died because of the effects of ovarian cancer. Then Brosnan started a relationship with journalist Keeyle Shaye smith. They married in Ireland in 2001 and have two kids together.

The age and stature

The actor is now sixty-three years of age. His weight is 88 kg and his height is 185 cm. His eye colour is blue and it is one of the reasons why he was suitable for the James Bond character. The hair colour is dark brown. He is a handsome man and looks dashing in suits.

The net worth of Pierce Brosnan

The net worth estimate of the actor is $100 million. He earned lots of money for all the James Bond films that accumulated into a large fortune over the years. He and his wife are owners of many properties all around the world. In 2019 Brosnan spent $2.4 million on a modest home in California. They also own a large estate in Hawaii.

Along with his acting career, Brosnan is also active in charitable works. He is the ambassador of UNICEF since 2001.  He is a great actor and well known for his gentle manners. From his home town, he came to another country and became a popular actor because of his hard work.