by Shivam
in Gaming
6 min read
0 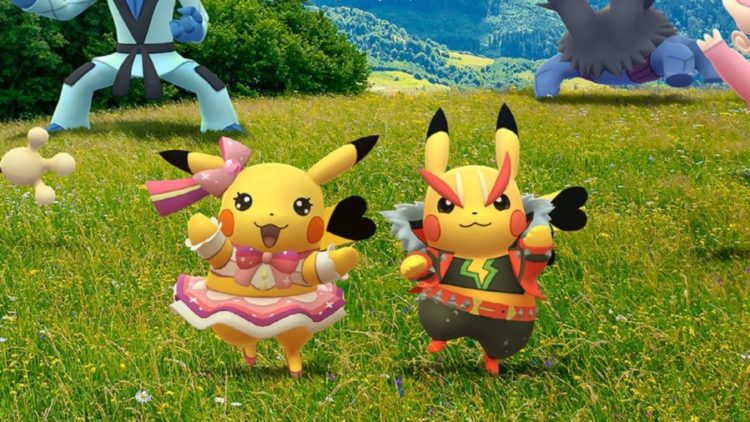 Do you like to partner up with Eevee in the Pokemon Go Eevee evolution? It is a great game where you have to battle with the other Pokemon trainers, team Rocket and more. Then along the journey, your bond with the Pokemon will begin to get stronger in the game. Eevee evolution Pokémon Go was released in 2018 and became a great hit among Pokemon fans. In the game Eevee is a pretty tricky Pokemon to handle. Its evolutions are many and can sometimes change randomly. But some methods will help you to understand the evolutions in the game.

Eevee is a type of Pokemon species in the Pokémon franchise. It has become the starter Pokemon for Pokémon: Let’s Go, Eevee. Also, it is well known as the Evolution Pokemon in the game because it has an unstable genetic code. This allows it to evolve into eight different Pokemon termed Eeveelutions. The first three evolutions are Vaporeon, Jolteon, and Flareon. Then the others introduced after that are Espeon, Umbreon, Leafeon, Glaceon, and Sylveon.

In the games, Eevee appears as a mammalian creature with brown fur. It has a bushy tail and cream-coloured tip along with a furry collar. Also, it has cute brown eyes, big ears and pink paws. The Eevee types of Pokemon are quite rare in the games but they can adapt to any surroundings easily.

You can utilize the method of Pokémon Eevee names to evolve it. There are eight different forms of Eevee Evolution such as Umbreon, Leafeon, Glaceon, Vaporeon, Jolteon, Flareon, Espeon and Sylveon. When you get the 25 candies, you will be able to evolve Eevee into Vaporeon, Jolteon, or Flareon randomly. But how can you force Eevee into evolving by eliminating the random changes? For this, you have to change the name of Eevee before you evolve it.

But you have to remember that when you use a nickname you can evolve Eevee into different evolutions only a single time. Once you have used one you will not be able to change the name to get the specific form again. Here are some of the nicknames you can use to get each different evolution in Pokémon Eevee evolution.

You have to check if the form of the evolution appears in the evolve button. If it does not, the nickname trick will not work.

Eevee is your buddy and partner in the game. You can walk 10km along it and evolve it during the night. But it must remain your buddy when it evolves.

Walk 10km with your buddy Eevee and evolve it during the day. It must be your buddy when you’re evolving.

You can make use of a mossy lure when you are evolving Eevee.

You have to get 75 hearts and Eevee must be your buddy. Then you can evolve Eevee into  Sylveon.

You can make use of glacial lure when you are evolving Eevee.

But there are some extra things you can do to get the evolution. Continue reading for all the interesting tricks. But follow the methods exactly as it is given to accomplish Eevee evolution Pokémon Go.

You may also like: The Best of Features and Enthusiasm of the Old School Runescape Game

The first of Eevee evolution in Pokémon Go are Vaporeon, Jolteon and Flareon. They are very much easy to obtain in the game. So to evolve Eevee into them you have to feed Eevee 25 candy. But after this, there will be no guarantee on what Pokemon Eevee will change into. Its transformation happens at random. But sometimes you can also get the chance to get all three.

The Espeon and Umbreon are the Gen 2 Eeveelutions. There is a great method to acquire them. You have to make Eevee your buddy and walk with it for 10km. After you have finished this requirement you have to evolve the Eevee during the day to get Espeon. Then evolve Eevee during the night to get Umbreon. But you have to be careful of “night and day” because the game may sometimes not reflect it. Further, check the colour of the sky to ensure if it is nighttime or daytime before evolving.

The Leafeon and Glaceon can be obtained by using two in-game items. You have to evolve Eevee at the Pokestop where Mossy Lure is present to get the Leafeon. Then when you evolve at a place where there is Glacial Lure you will get access to Glaceon. Also, you can buy these items from the in-game store for 200 coins each. They will be similar to the normal lures but they can trap Pokemon of particular types.

The most recent addition in the Eeveelutions is Sylveon Pokémon Go. It is quite hard to get when compared to the other Pokemon. It all depends on the friendship meter in Pokemon Go. You as a Pokemon trainer have to make Eevee your buddy. Then you have to get 70 hearts with it.

But this may take time. You have to increase the amount of hearts you earn each day to get to that mark. After this, you will know if you have received the right amount of heart by looking at the silhouette in the evolution area. It will reveal Sylveon.

You can make use of all the methods given here to evolve Eevee. Then you can benefit from the different evolution to accomplish some tasks in the game. Also, you can train Eevee and take part in different Pokemon championships in the game.

You may also like: How Long Will We Have to Wait for GTA 6 Release?