Rami Malek Biography, Net Worth and All You Need To Know 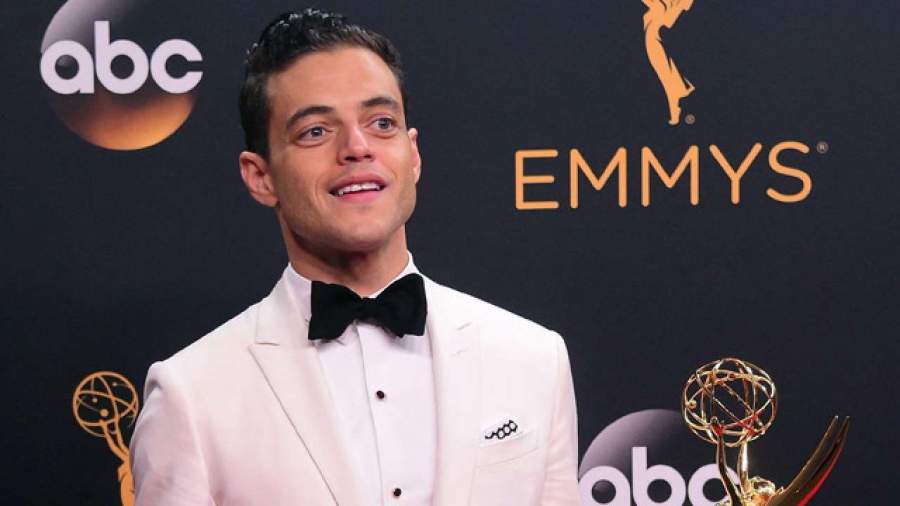 Rami Malek is a famous American actor. His birth name is Rami Said Malek; he is also a producer in Hollywood. The actor is of Egyptian descent, living in Los Angeles, USA. He is popularly recognized for his role as Elliot Alderson in the USA Network television series called Mr. Robot. Over the years in his career as an actor, he has played important roles in multiple TV series and movies. He is the first Arab actor to win an Oscar Award for his role in Bohemian Rhapsody.

Rami Malek was born on 12 May 1981 in the city called Torrance, a region of Los Angeles in California, USA. He was born to Coptic Egyptian parents, Said Malek and Nelly Abdelmalek. The actor has two siblings, a twin brother, who was born four minutes later, and an elder sister. The twin brother of the actor is named Sami Malek, and his elder sister is named Yasmine.

Sami Malek is the younger twin, and he works as a teacher. Yasmine, the elder sister, is a medical doctor. Said and Nelly moved to the USA from Cairo, Egypt, with Yasmine before the birth of twins. The family lived a happy life after moving to the USA. They spent most of their time in Sherman Oaks, LA. The actor had a well-provided childhood; both his parents were working. His father worked as an insurance seller and his mother as an accountant.

Rami Malek is a first-generation American, has a tough high school life due to cultural differences. At school, other children used to mispronounce his name, which was very upsetting to him. He attended Notre Dame High School; he was part of the same class where actress Rachel Bilson studied. Even Kristen Dunst attended the same school as him, one year later.

In his school days, he was involved in the Drama department, along with his twin brother Sami Malek. He had a fascination for acting at a young age. His parents wanted him to study law and become a lawyer. But he decided to study theatre after graduating from high school in the year 1999.

The actor joined the University of Evansville in Evansville, Indiana, for a bachelor’s in Fine Arts. He even spent a semester abroad at the Harlowton College in Lincolnshire, England. In the year 2003, he graduated from college. Rami Malek was honored by the college with the Young Alumnus Award in 2017 for his success and contribution to the community.

In the beginning stages of his career, the actor played supporting roles. His debut was in 2004 when he appeared as a guest role in a popular television series titled Gilmore girls. In the very same year, the actor also voiced the additional characters in the video game Halo 2. The first turning point of the actor’s career was his role in the War dram – Over There in 2005. This paved the way for actors’ debut in a feature film called Night at the Museum. In the movie, he played the role of Pharaoh Ahkmenrah. The popularity of the role allowed him to appear in the sequels of the movie.

Yet, another role played by the actor that influenced his career was in HBO mini-series titled – The pacific. This allowed him to meet Tom Hanks and get cast in the movie Larry Crowne. The breaking point in the actor’s career came with his role as a computer hacker who is a psychological thriller in Mr. Robot. His role in the television series was well-received and appreciated by both fans and critics.

The actor can also be seen in Twilight movies, where he played a role as Egyptian Coven vampire in Part 2 of Breaking Dawn. Rami Malek’s twilight role gained him a ton of recognition in the industry. In 2015 he played the leading role in Horror game Until Dawn.

An actor is a private person; he prefers to keep his personal life away from Media. He lives in Los Angeles, USA. But the actor did mention that he wants to buy a home in London during an interview.

Though there were rumors of Rami Malek dating his co-stars from the movie Twilight and TV series Mr. Robot, he never confirmed any news on his girlfriend. Currently, Rami Malek is dating Lucy Boynton, his co-star from Bohemian Rhapsody. The couple Rami Malek and Lucy Boynton met during the filming of the movie.

The achievements of the actor are a long list. He is the first Arab actor to win an Oscar award for his role in Bohemian Rhapsody. The actor created history by winning an Oscar. As of date, the actor has won 14 awards and has been nominated 46 times for various awards.

The actor is 39 years old as of 2020. Rami Malek’s net worth is estimated to be 8 Million dollars. His income arises from acting in television series and featured films.

Rami Malek has always been dedicated to his work. He is a hard-working and talented actor with a great performance rate. His career graph has been a successful one to date. He has portrayed different roles in multiple films and TV series.