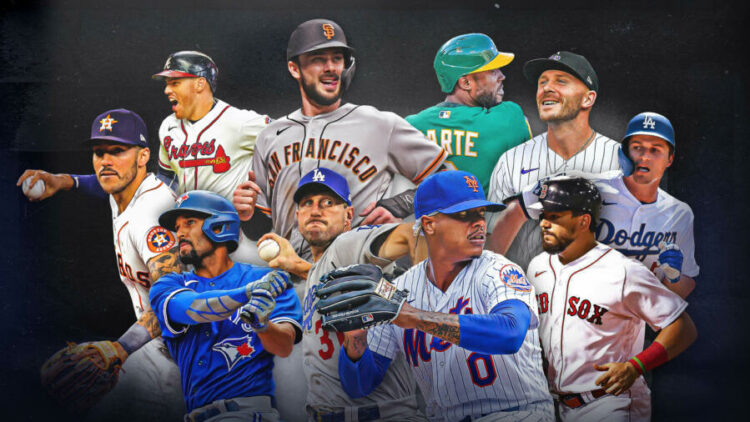 Now that the World Series has concluded, it is time to focus on the next batch of MLB-free agents and the latest MLB picks today. This winter, numerous short-term contracts and opt-outs will lead to an exciting crop of free agents. Players can now legally discuss how to maximize their compensation with all organizations. There is also a significant probability that trade negotiations between teams will intensify, particularly as crucial deadlines approach.

It’s early in the offseason, and general managers are meeting earlier than expected because of the World Series, but here are some thoughts on the best players in a crowded free-agent market.

Even though he lost over a year of baseball due to inflammation in his elbow and a stress response in his shoulder, deGrom made it clear before he returned to the field that he intended to opt out of the remainder of his contract and explore his options.

He is reportedly attempting to outbid Max Scherzer’s $43.3 million per year contract. Additionally, deGrom has only played an entire season once in the last two years; though he has struggled to stay on the field, he is lights-out on the mound when he’s healthy.

Given the aforementioned history of injuries, watching how far organizations go in terms of contract duration will be intriguing. Even though deGrom has an impressive track record, he may offer the league’s best risk-to-reward wager. Since his rookie year in 2014, he has been one of the game’s top pitchers. He has also received two Cy Young Awards and participated in four All-Star Games.

Bogaerts will generate tons of interest across baseball as a quality player at a premium position.

Bogaerts’ offensive skills cannot be refuted. In the past five seasons, his OPS+ has been at least 128, which is 28% over the league average. He also has a batting average of .300 or better in three of the past four seasons. With an Outs Above Average score in the 89th percentile, there should be no dispute about his abilities at shortstop, even if he may play elsewhere on the diamond over the course of his long-term contract.

Bogaerts can reach base, but he predominantly hits for power, with a slugging percentage of .490 or greater in four of the past five seasons. However, the 2022 campaign was an exception to that tendency after a collision with Alex Verdugo in late May left Bogaerts with stiff wrists and shoulders.

While the Red Sox are trying to rebuild into title-contending form, it appears that they haven’t made any progress. Bogaerts could re-sign in Boston, but there should be no shortage of suitors. The Dodgers would make a lot of sense, as would the Cubs, who are undergoing a rebuild of their own and could move up-and-coming star Nico Hoerner to second base.

Given his age and injury history, Judge took a significant risk by rejecting the Yankees’ seven-year, $213.5 million extension offer at the beginning of the season. However, Judge went on to have a historic year, crushing an American League record 62 home runs.

Judge draws a ton of walks and can hit for both average and power. He also possesses one of the game’s strongest outfield arms. He didn’t record any outfield assists in 2022, partially because runners didn’t dare to try to take an extra base when he got to the ball.

Judge’s proficiency in center field and on the bases added to his allure. He towers over competitors at  6’7” and 282 pounds. It will be intriguing to watch how far the Yankees are ready to go beyond their initial offer if there is a bidding war with another team, such as Judge’s hometown San Francisco Giants.

Last winter, Correa’s three-year contract with the Twins, which contained player options totaling $35.1 million for 2023 and 2024, came as a complete surprise. Now that he has opted to test free agency again, he may seek a lengthier deal on the open market this summer.

The Dodgers may prefer Correa more than Trea Turner, but according to reports, they may not want to acquire a hero from the 2017 Astros club that defeated them in the World Series, which was riddled with controversies.

Don’t count the Twins out just yet, either. Even though they have historically operated with a smaller payroll, their owner may finally cough up the money to pay a true star player.

Correa is still a very talented player, and no one should be surprised if he receives a sizable contract. While he had an underwhelming year by his standards in 2021, and though his injury history and the abundance of good shortstops on the market reduced his value, expect every team in the market for a shortstop to kick the tires and perhaps engage in a bidding war for Correa’s services.