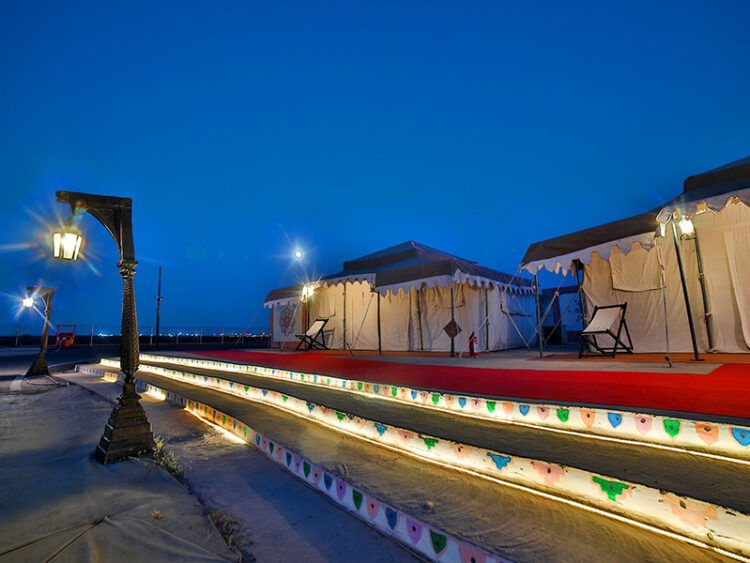 During the winter, the white sand desert of Gujarat, known as the Rann of Kutch, draws visitors with its extravagant festivities. In the desert at night beneath the full moon, with folk dances and music, numerous cultural activities and enjoyable things to do, etc., you’ll be able to remember many of the most unforgettable events of your life.

During Rann Utsav, Kutch, the lovely area of Gujarat known for its rich traditions, stunning scenery, and wonderful culture, is celebrated with a spectacular event.

The Kutch Rann Utsav, which began as a two-day festival and has grown into a four-month extravaganza that takes place every year between October and February, is the western state’s premier cultural event. Kutch is a far-flung area in northwest India’s desert frontiers. For many years, living in the area was difficult due to rainfall and an absence of employment options.

Cities were flattened, and an enormous stretch of land was devastated by a powerful earthquake that impacted the region in January 2001. Residents were frightened, and many had to stay in temporary housing for months. However, in the last 20 years, the area has risen astonishingly from the quake’s ruins. Many new employees have been generated in Kutch since the disaster, and many more are expected. In the last decade, the area has become an important part of India’s economy.

When he was Gujarat’s chief minister, Narendra Modi teamed up with President APJ Abdul Kalam to organize a festival in the Rann of Kutch to draw visitors from around India and beyond. Economic growth, promotion of Kutch’s natural and cultural splendor, and social uplift were the event’s primary goals, which took place in a region with few infrastructures and a small population.

During the peak tourist season, the Rann of Kutch has been hosting the Rann Utsav festival since 2005, a three-month-long celebration. Every year, the Gujarat Tourism Department puts on a spectacular show to welcome the festival-goers. As a result of the Rann Utsav, the area has seen an increase in economic and job prospects.

To get to the event location, one may use any method of transportation. The Rann Utsav may be reached by bus from Bhuj, both privately owned and state-run. Several major Indian cities have private luxury buses that go to Bhuj. There is a railway station at Bhuj, the closest to getting here. From here, one may take a taxi or a cab to Kutch. T

he Bhuj airport has both private and government flights that provide connectivity. One of India’s most thrilling and fascinating festivals is the Rann Utsav, which is observed with a great deal of zeal and excitement.

You may enjoy a visual experience with Rann Utsav. The Kutch festival in Gujarat, India, is a celebration of dance, music, and awe-inspiring white desert scenery. With this event, you’ll have the opportunity to spend time with your family and create unforgettable memories.