Recycling of Polystyrene and Its Benefits 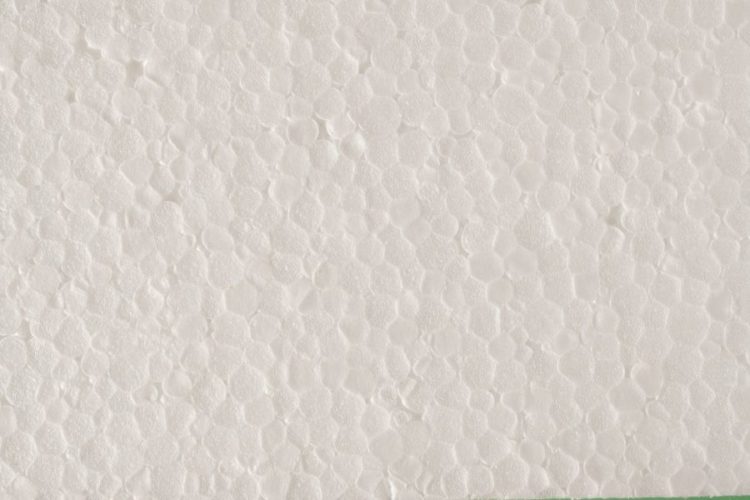 Not all types of plastic are the same. There are about seven types of plastic, but our primary focus is polystyrene (PS). Polystyrene is a giant molecule made by polymerising units of monomer styrene. As one of the clearest types of plastics on the market, it can withstand high temperatures up to 200 degrees Fahrenheit. Polystyrene is a rigid plastic and tends to be on the brittle side. You can find it in everyday items such as drinking straws, foam plates and cups, cutlery, and building insulation.

The best part is that it’s low-cost and insulates well. Polystyrene, a formidable and solid plastic, is utilised in producing wares that need to be pristine, for example food packs and science laboratory equipment.

You can convert polystyrene to extruded polystyrene (XPS) through Plastic extrusion, loved for its sheltering and protective attributes or to a foam-like substance, known as expanded polystyrene (EPS). XPS provides enough insulation that can decrease a building’s power usage and helps you to keep the indoor temperature in the normal range.

This article explores the benefits of recycling polystyrene in Australia. Let’s dig in!

What is Expanded Polystyrene (EPS)?

Polystyrene is used as styrofoam to protect products during transportation in its expanded foam form.

EPS is suitable for:

Expanded polystyrene foam is usually called styrofoam by most people. However, “styrofoam” is a brand developed by The Dow Chemical Company and now owned by DuPont.

Explorations have begun to discover the commercial use of polystyrene waste as a raw material to produce high-quality plastic products. By the end of this article, the question “is polystyrene recyclable?” and “how to dispose of polystyrene” will be answered.

Notwithstanding the aesthetic appeal of polystyrene, various companies face difficulty in polystyrene packaging and product disposal. Due to its bulkiness, disposing of polystyrene can prove difficult as it takes up so much area in the refuse bins, making them fill up faster. Polystyrene is lightweight compared to its volume, so it occupies lots of landfill space and can be blown around even to other areas.

The following activities occur during the polystyrene recycling process.

The plastic goes through the depolymerisation process and Polystyrene that has bulk material properties undergoes a proper colouring process where the consistency is reduced by milling the product to less than 40 millimetres.

EPS products are segregated from other wastes and sorted. The separated products are subsequently fed to a compactor to decrease the volume of the substance. Some compactor systems can reduce the volume by up to 97% and larger pieces are fragmented into smaller flakes before the depolymerisation stage kicks in.

Polystyrene recycling entails using different reactor types when depolarising the waste in the laboratory. The depolymerisation process occurs in the temperature range of 300 to 600 degrees centigrade, putting the polystyrene under lots of thermal stress to enable it to degrade at this temperature. After that, the recycled material moves to the extruder via the dosing and hopper. There, it’s heated in the first part of the extruder to its melting point and the vacuum pump removes oxygen and all forms of moisture from the process before the depolymerisation process begins.

Polystyrene undergoes heat above the temperature necessary for it to melt while the polymer chains get broken, resulting in a styrene monomer.

The gas is then transported through pipes to the separator where it condenses and is bottled as styrene oil. Many impurities like a few metals are collected separately and recycled in further steps.

After the separation, the second step involves the product distilling through a higher separation efficiency column. The styrene monomer produced is subsequently used again to make quality polystyrene plastics.

There are many advantages of recycling expanded polystyrene (a recyclable form of polystyrene). They include the following:

Polystyrene compactors can compact and reduce polystyrene size up to 230kg or 93% of its size every hour during recycling.

The compactors help to cut down the size and volume of the polystyrene waste and increase the surface area by crushing it into strings and pellets, reducing the volume of waste if you don’t want to recycle all the material.

Polystyrene products, especially styrofoam, cover up a large area of space despite being lightweight.

It’s also an imperishable waste by natural means and might take decades to degrade. In the sea, aquatic animals consume styrene monomers present in their food, and this can pose a huge cancer threat and cause numerous malignancies when human beings feed on these animals.

When polystyrene is carefully recycled, the quantity going to sea and landfill reduces. Recycling helps avert the problems highlighted above.

Recycling polystyrene products have a noteworthy effect on our environment. While recycling isn’t free from its difficulties, the more we use, the more we recycle. Recycling makes the world a cleaner place. Disposing of certain materials the wrong way might pose significant long-term harm because of the toxins.

Also read: You Will Be Shocked To Know About Interesting Ways Used By Sweden To Recycle Its Waste

The Importance of Sexy Bikinis for Women