Renee Zellweger is Dating Ant Anstead: Here is the Proof 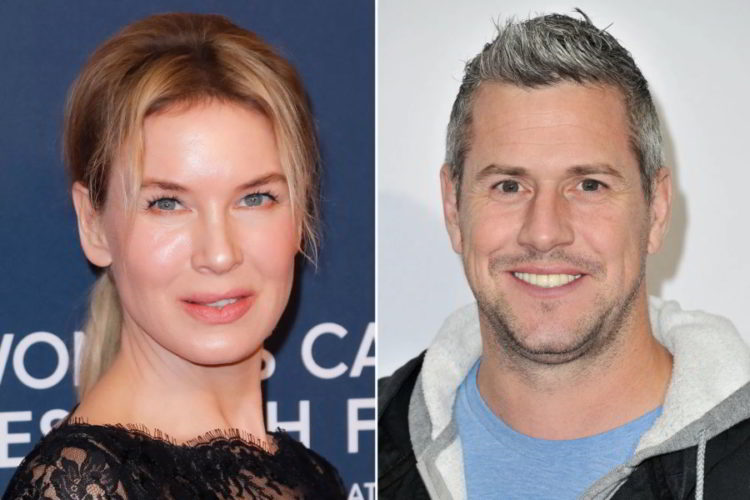 Renee Zellweger is a pretty popular American actress as well as a singer. In fact, she has received a lot of accolades from critics and audiences alike for her wonderful career. Moreover, she has also won four golden globes awards. However, fans are quite curious about her dating life. In fact, there are a few rumors about her being in a relationship with Ant Anstead. So, what’s it all about? Well, there’s definitely something between the two, and recently, there’s a photograph that has cleared all the doubts.

So, if you want to know more about the ‘proof’, then go through this article.

Recently, a photograph has cleared all the doubts about their relationship. In that picture, we see how both of them are quite busy in a makeout session. In fact, Renee and Ansteead were involved in a passionate kiss at the beach. People spotted the actress and her new boyfriend wrapping arms around one another and indulged in a steamy kiss.

In the images, Zellweger, who is currently 52 years old, was wearing a purple workout-style top, baseball cap, and leggings. On the other hand, Anstead, who is just 42 years old, looked more in the mood for some beach. He wore a pair of black trunks and tees.

Place Where the Photo Was Taken

Someone clicked these steamy kissing photos near Ant Anstead’s new Laguna Beach in California. In fact, the duo visited there to chill out with some beach outings.

Who is Ant Anstead?

So, those who don’t know about him, let us tell you. Ant aka Anthony Anstead is an English TV host, designer, artist, as well as a motor specialist. Moreover, people also know him best as the co-host of Channel 4 automotive show ‘For the Love of Cars with Philip Glenister’.

A Brief on The Rumour and Relationship

Back in June, there was a rumor broke out about a possible hook up between Renee Zellweger, the actress, and the TV host Ant Anthony. In fact, as per the rumor, the couple hit it off during the filming of an episode of ‘Celebrity IOU Joyride’, one of Anstead’s upcoming Discovery+ series. However, these pictures confirm that there was indeed something going on between the duo.

It’s worth mentioning that Anstead recently divorced Christina Haack, the ‘Flip or Flop’ star. They tied knots back in 2018 for just two years. Moreover, Anthony’s previous marriage to Louise lasted 12 years (2005-2017) and they even have two kids.

Meanwhile, Renee shared marital bliss with the Country singer Kenny Chesney in 2005. In addition, she also had a relationship with Doyle Bramhall II, a guitarist for 7 years (2012-2019).

Those pictures definitely confirmed all of our doubts. The couple seems to be head over heels in love with each other in these steamy pictures. So, we wish them a lot of happiness in the future.