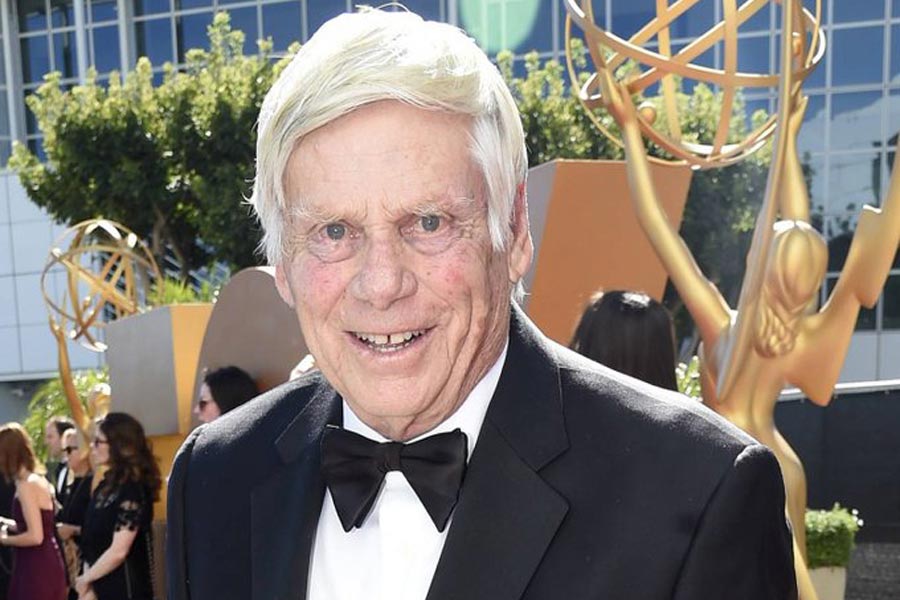 Robert Morse is an amazing American singer and actor. He is well known for his 1961 original Broadway production and excellent film adaptation “How to Succeed in Business Without Really Trying”. The best work of the actor is in “Mad Men” the dramatic series. In his long career, he received two awards such as a Primetime Emmy Award and two Tony Awards. He also worked on a Grammy-winning album. The actor served in US Navy at the time of the Korean War and after his return from the war, he started his acting career with soap opera The Secret Storm.

You can find important information about Robert Morse here.

Morse was born in Newton, Massachusetts on May 18, 1931. The name of his mother is Mary Silver and the name of his father is Charles Morse. He went to many schools until he met the best drama teacher Henry Lasker in Newton High School. He is the teacher who inspired Morse to go after the field he preferred. When he graduated he went to live in New York to develop his talents. He joined his elder brother who was studying in Neighborhood Playhouse. Morse received a role in The Proud and Profane which was an uncredited role. Then he acted as Barnaby Tucker in the Broadway production of The Matchmaker by Thornton Wilder.

Morse received many nominations in the awards such as Tony, Emmy, and Drama Desk. He is popular because of his appearances in plays and musicals and also the roles in television and movies. The role he played as New York City businessman in one of the Broadway productions “How to Succeed in Business Without Really Trying” called as a memorable one. Then he acted in a recurring role of elder businessman Bertram Cooper in the Mad Men a television series.

Then he acted again in “The Matchmaker” film adaptation as Barnaby in the year 1958. He received the Theatre World Award for this role. Then he got the nomination for Tony Award in the category of the featured actor in a play. In 1964 he acted in “Quick, Before It Melts” and in 1965 he acted in “The Loved One” a black comedy film. Furthermore, he co-starred in “A Guide for the Married Man” alongside Walter Matthau. In the year 1968, he became a part of the television series “That’s Life”. This series mixed music with situation comedy.

The actor starred in the “Smothers Brothers Comedy Hour” and acted in “The Emperor’s New Clothes” a movie part of Cannon Movie Tales. He got nominated for Tony awards because of his role in “Sugar” a musical stage adaptation of “Some Like It Hot”. He won a Tony award for the category of the leading actor in a play and also a Drama Desk award for the best one-person show for his role in “Tru”.  In 1992 he won the Emmy award for “American Playhouse”. He received access to the American Theater Hall of Fame for his prolific career as a stage actor.

He became a part of the children’s album “Free to Be… You and Me”. He voiced the character of a rabbit in Hanna Barbera’s “Pound Puppies”. Morse was the voice of Jack in animated Rankin/Bass special show Jack Frost. In another show of Rankin/Bass, he voiced the main character Stuffy.

He appeared in many shows and films at the height of his career. In his television days with Kraft Theatre and General Electric Theatre, he was a part of many television series. He came in CBS Radio Mystery Theater for the five episodes. He was the nominee of the Prime Time Emmy award for the category of the outstanding guest actor in the drama series. Morse acted as Dominick Dunne in the critically praised series “The People v. O.J. Simpson”. He went back to Broadway in 2016 for the rival of “The Front Page”.

This is actually a book by Shepherd Mead which was then adapted into a musical. This is a successful piece in Broadway which Morse acted. The musical satirizes the life of Mead a character in the book. It shows the rise of J. Pierrepont Finch. He joins the corporation by working in the mailroom. Morse acted as young J. Pierrepont Finch. The musical won eight Tony awards and received the Pulitzer Prize for drama. The musically was also adapted into a movie that Morse was part of.

Robert Morse was part of Broadway Matchmaker and he also acted in the movie adaptation of the show. It is about a widow who gets income through matchmaking. This is one of the best comedy films in history.

This is a series about the Advertising Agency. The series won several awards because of the direction, visual style, and acting.

This is also a farce that Robert Morse acted in. This is about a husband who doubts his wife of adultery.

Robert Morse married Carol Ann D’Andreá but divorced her in 1981. She is also an actress who acted in West Side Story and That’s Dancing! After that, he married Elizabeth Roberts in 1989. Morse is 86 years of age.  He has five children.

The net worth estimate of Robert Morse is $5 Million. He is a well-established actor who was a part of television series as well as films. Many people take him as an inspiration because of his excellent career. His contributions to Broadway and cinema are huge and that is why he is now a rich man.

Robert Morse is an excellent actor and singer. Because of his talents, he was able to develop in his career. Many people praise his skills on stage as well as the screen. He is the best of both worlds. He is a great source of inspiration for the upcoming actors. The actor and singer is a hard worker also. He is a determined person and was active in the industry for many years. He has received lots of awards and rewards in his career.