The Truth About Ronnie Ortiz-Magro and Saffire Matos Relationship 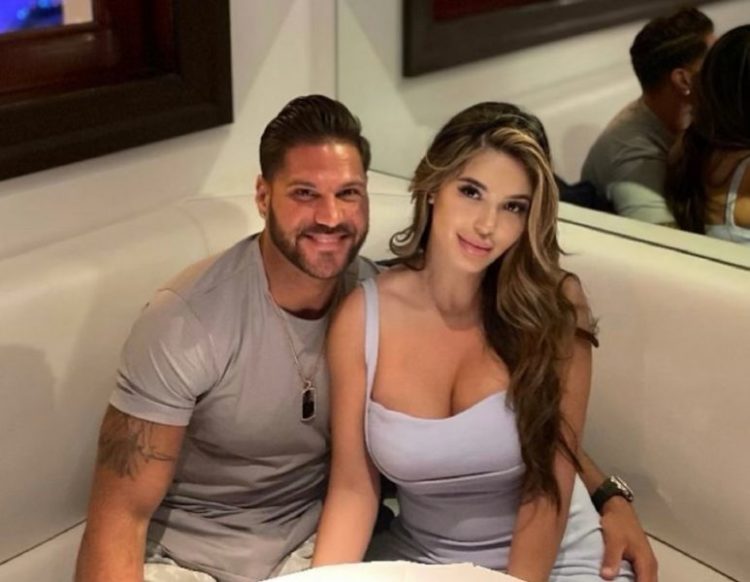 Ronnie Ortiz-Magro who became famous because of Jersey Shore gave his heart to Saffire Matos in June 2021. Then four months later the couple celebrated their engagement with a grand party. On October 23rd Magro uploaded a picture on Instagram that revealed some details about the celebration. He wrote “What an amazing day! Thank you to everyone who came to share this special moment with us”.  But after the engagement party, it seems the relationship between Ronnie Ortiz-Magro and Saffire Matos has cooled off. For the past week, they are experiencing tumult in their relationship.

The sources close to them are saying that the couple would sometimes get into fights like a normal couple. They will stay away from each other till their anger subsides. Besides, they even block each other and remove the rings. At the moment they are not together. They are going through a rough patch. But their relationship is not over. We have to wait and see how it goes. As they are in love with each other they will try to make it work. Here find out all the details about Ronnie Ortiz-Magro and Saffire Matos.

Ronnie Ortiz-Magro is a well-known American personality. He is thirty-six years old. He is one of the main cast members of the MTV reality series Jersey Shore. He is from the Bronx in New York City. Magro has Puerto Rican and Italian descent.

In the beginning, Magro worked with his father on his real estate business. Then he became part of the MTV show Jersey Shore in August 2009. The show was released on December 4, 2009. It ran for six seasons and ended in 2012. Further, he appeared at TNA Wrestling’s Impact Wrestling in 2011. The first episode aired on November 3 and made Magro popular. Ortiz-Magro and his Jersey Shore co-stars acted in 2012 The Three Stooges. He also appeared in the Xenadrine ads.

In 2017 Magro came in MTV reality television series Jersey Shore: Family Vacation. But Magro shared that he is stepping back from the show to focus on mental health.

Magro is close with his daughter Ariana.  She is daddy’s little princess. Magro has called her his best friend and he was the one who saw her first when she came to the world. Now she is three years old.

Matos became popular after she was linked with Magro. Saffire Matos is an eyelash extension technician.  She has worked with celebs like Danielle Staub from The Real Housewives of New York fame. She is from Staten Island but spends most of her time in California. She is thirty years old.

Many times she has shared her love for Magro through her romantic posts on Instagram. On a post in 2020, she shared “Thank you for always making me feel special”.

Who are Ronnie Ortiz-Magro’s previous girlfriends?

Magro was in an on-and-off relationship with Jersey Shore co-star Sammi Giancola from 2009. But they broke up in 2016. Then he started a relationship with Jen Harley. In 2017 they shared that they are expecting a baby. Their daughter Ariana Sky Magro was born in April 2018. But their relationship also ended soon. From 2019 Magro joined a rehabilitation program for his alcoholism and depression issues.

Further, Harley got arrested by the police after getting accused of domestic assault. According to the sources they had several physical altercations when they were in a relationship. Their relationship was described as on and off. Later it was revealed that Magro had filed a police complaint against Harley. In 2019 Magro was also arrested because of a physical altercation.

Why did Magro get arrested?

After getting in a relationship with Saffire Matos in 2020, he got arrested again for new felony domestic violence charges. During the time of arrest, Ortiz-Magro was on probation because of the October 2019 domestic violence incident. It seems Matos was willing to stay with Magro and support him during his arrest.

How is their relationship now?

Ronnie Ortiz-Magro and Saffire Matos threw a large party for their engagement. They invited family members and friends to the party. It was a luxurious party with rich decorations and pomp. The three-year-old daughter of Magro, Ariana Sky was also at the party. Before the party, they even enjoyed a spicy vacation in Florence, Italy. They went on the trip to celebrate Matos’s birthday. Magro was also waiting to return to shoot Jersey Shore reboot in August. It was disrupted because of the arrest. He was released from jail on a $100,000 bond.

Magro took some time off to relax. He said “I feel great” and added, “Four months sober, I quit drinking. Got engaged, full-time father, you know, [I’m] living a good life”.  “I stepped away [from the show] to deal with my mental health, be a father to my child, be a fiancé to my woman,” he further explained. “I’ll be back and, you know, all the fans love me, and I love them too, so, I’m gonna give them what they want, and I’ll see them soon … [It’s] definitely not over”.

Only after the engagement party did Magro and Matos for some unknown reason got separated.

What is the net worth of Ronnie Ortiz-Magro?

Ronnie Ortiz-Magro is a well-known reality star. As he has appeared in many shows and films he is making a great deal of money. He has a networth of $3 million. Most of the earnings he received because of the show Jersey Shore. He has a large property in Los Angeles and is successful in his real estate career. Apart from this he also manages a retail brand. He launched Smush Brand Apparel which is a line of sweats and T-shirts with slogans. His shops are attracting large crowds.

His girlfriend Saffire Matos is also earning well in her career. She offers eyelash technician services to many popular clients. She posts details and videos about her intricate work on Instagram.

Ronnie Ortiz Magro has had many bad relationships in his life. Now his relationship with his fiancée is not going well. But they may patch up as they are very much in love with each other.

You may also read: Who is Teanna Trump? Her Bio, Parents, and Boyfriend