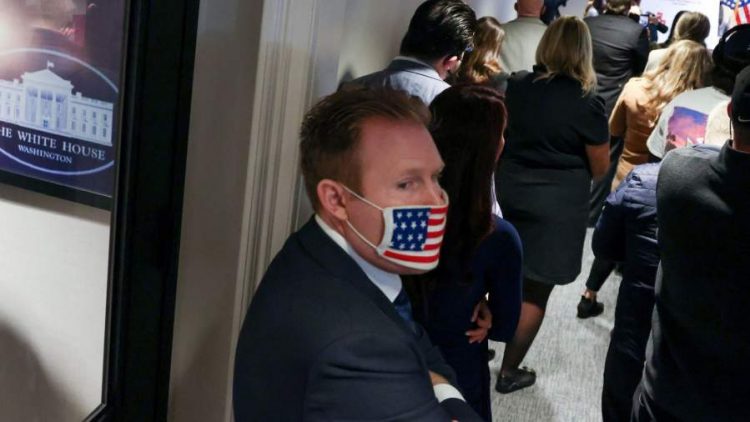 Rudolph William Louis Giuliani (Rudy Giuliani) is an attorney and politician. He served as the personal attorney to Donald Trump and in the Republic since the 1980s. Now he is seventy-six years old. The name of his son is Andrew Giuliani. He is the political aide working as Public Liaison Assistant to Trump. Andrew Giuliani is thirty-four years old and on November 20, 2020, tested positive for Covid 19. He shared to the media that he is in isolation with mild symptoms. Andrew is also following all the protocols necessary to stifle the infection. Moreover, many of the staffs in the White House also have shown the Covid 19 symptoms and tested positive.

This morning, I tested positive for COVID-19. I am experiencing mild symptoms, and am following all appropriate protocols, including being in quarantine and conducting contact tracing.

Some of the staffs are Mark Meadows and Corey Lewandowski. The former is the chief of staffs and the latter is Trump’s campaign advisor. Furthermore, six members of Congress have also tested positive.

Andrew Giuliani is serving as the special assistant to Donald Trump and he was part of the news conference that got held at the headquarters of Republican National Committee on Thursday. His father Rudy was also part of the event and many saw him sweating continuously during the conference. There was black dye dripping all over his face which he tried to wipe and it was a hair dye malfunction. It lasted for two hours straight. He also supported Tump’s claim that Joe Biden only won because of the rigged election. But he continuously tried to wipe his brow and cheeks.

Rudy and the other important campaigners gave speeches without wearing any masks. The event happened at an indoor podium and many people attended it.

At the same time, the slight chances of Trump winning at the last minute did not happen. Biden won at Georgia too and this is one of the states that Trump accused Biden of rigging the elections.

After this event, Andrew showed signs of the Covid 19 disease. The legal team of Trump say as Andrew was with them all day he may have been the reason for many getting infected by the disease. So they are following the protocol to keep themselves at a distance from others. Currently, more than thirty-four members of the White House have tested positive.

Covid 19 does not see position and power.  If a person is not careful and is not mindful of the signs they can endanger their lives and also the lives of others. This is a good lesson for everybody.

Also read: 4 Legal Concerns With COVID in The Workplace