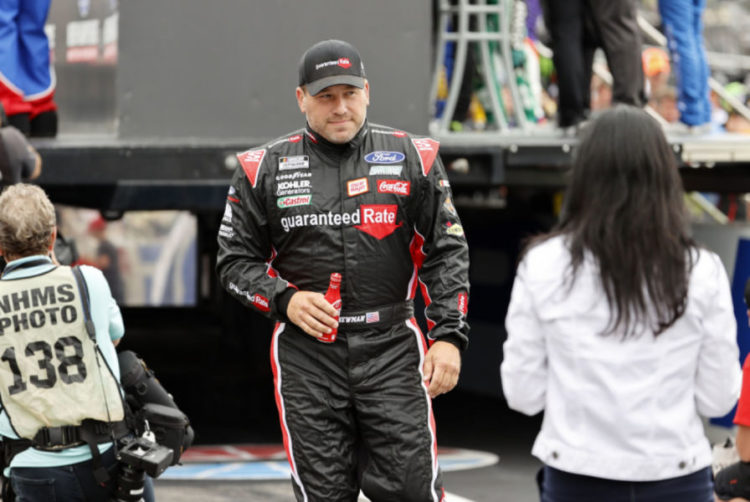 Ryan Newman is a well-known name in the world of racing. In fact, he has made his way to the Quarter Midget Hall of Fame with his 100 feature wins and two titles. Therefore, the 2003 Driver of the Year has a glorious record. Moreover, in 22 NASCAR Cup Series seasons he has recorded 18 victories.

However, Ryan Newman had been out of action recently. However, he will be making his return with the SRX Season 2. In fact, the first season of the SRX offered us great entertainment and quality racing. This six-week summer series is co-founded by Tony Stewart. The second season starts Saturday night on CBS. Therefore this will be a perfect chance for Newman to show glimpses of his old form.

Read the article to know more about Ryan Newman.

Ryan Newman Back in Action

The second season of the SRX is a highly anticipated one. In fact, some of the venues remain unchanged from the first season. In addition, some of the racers are also making their second appearances in this second season. However, we all expect the SRX to deliver a more polished appearance.

Ryan Newman should find the opportunity best suited. He had a successful NASCAR career. However, his career didn’t end on a happy note. In fact, his last win came in early in the 2017 season at Phoenix. After that, his next 173 starts did not see a single podium finish. Moreover, at the end of the 2020 Daytona 500, Newman faced a nearly catastrophic crash. As a result, his performance dropped even further.

Recently, Ryan Newman has been trying his luck at the lesser circuits. He also opted for the NASCAR Whelen Modified Tour, this spring. Therefore, the SRX will give him a perfect opportunity to bounce back to form. Moreover, the audience will also be eager to watch Newman back in action.

All About The SRX

The schedule for the second season will include the South Boston (Virginia) Speedway, Stafford Motor Speedway in Stafford Springs,  Nashville (Tennessee) Fairgrounds, I-55 Raceway in Pevely and Sharon Speedway in Hartford.

The second season of the SRX will definitely bring in a lot of excitement. At the same time, this will be a perfect opportunity for Ryan Newman to prove his worth once again. We know that his career is at its last lap. However, given the quality of a racer like Newman, it is always possible that he will bounce back. Ryan Newman had been a phenomenal racer early in his career. Therefore, if he gets his form back, it will be a rare treat for us.