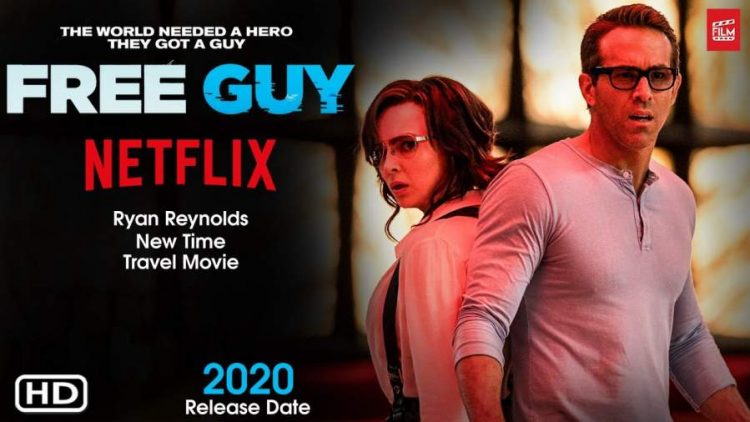 Free Guy is an action comedy film set to release soon. It is a Ryan Reynolds starrer directed by Shawn Levy. The screenplay of the film is by Matt Lieberman and Zak Penn. The film is about the video game universe and the plight of the non-playable characters in the game. Reynolds was fully committed to the film after Deadpool as he liked the story. Many good actors got roped in for the film.

Know all the details about Ryan Reynolds’ ‘Free Guy‘ and its release date here.

The film was actually planned to release on July 3, 2020, in the United States. However, because of the Covid 19 pandemic the date got delayed. Now the new release date is December 11, 2020. The Free Guy trailer has released and it showed how a good bank teller named Guy becomes the fighter in the game. He gets the main game program and disrupts the gameplay that wreaks havoc in the real world too.

What is the plotline of the Free Guy?

The film is set in the open-world video game titled Free City. The character Guy is the non-playable character in the game who works as the bank teller in it. Because of a new program inserted in the game by the developers Milly and Keys, Guy becomes self-aware that he is in the video game when he puts on a pair of glasses.

What can we expect from the Free Guy?

The performances of the actors are stellar. Reynolds has acted like an average guy who wants to become the hero. He races against time to save the game he loves. He also meets with other video game characters in the game that are unaware of the danger they are in. So there will be a lot of comedy, action and other exciting events in the film. The representation of the video game is also fantastic.

Ryan Reynolds is going to portray the character of Guy the normal Bank teller in the game. He is a non-player character in a violent video game. Jodie Comer will play as Milly / Molotov Girl who is one of the programmers of the game. She also enters the game as a character to prevent Guy from damaging the gameplay. Joe Keery will come as Keys who is also a programmer of the game. Lil Rel Howery will play as Buddy a non-player character in the game and friend of Guy.

Taika Waititi will play as Antoine who is the publisher of the game. Utkarsh Ambudkar and Camille Kostek will act as the playable character in the game named Mouser and Bombshell. Many Youtube personalities are also going to come as cameos in the film.

Free Guy will hit the screens soon. So stay tuned for the film as it will offer you great video game/film experience.

Also read: 7 Simple Things That Guys Do To Make Woman Get in The Mood Instantly