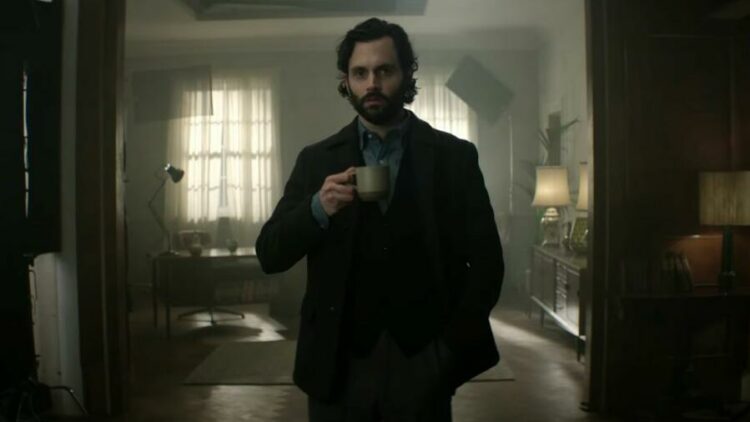 Netflix has announced the first of two parts of the critically acclaimed psychological thriller YOU. Based on Caroline Kepnes’ novel of the same name. The series follows Joe Goldberg. He is a toxic stalker who becomes obsessed with every woman he falls in love with. Continue reading to find out when the next season will premiere!

The first episode of You Season 4 will be released on Netflix on Thursday, February 9, 2023.  It was followed by the second episode on Thursday, March 9, 2023. This indicates that the season has officially started, although a day early.

Netflix has also released a new poster for the upcoming season, featuring Joe Goldberg strolling across London. Someone from London called. With Part 2 following on March 9th,” the streaming giant stated.

In the end, he was in Paris, attempting to blend in while looking for Marienne. Season four will bring him a new identity and a relocation to London.

Joe has decided to alter his identity to Jonathan Moore and become a professor. But his poisonous disposition will not alter when he develops a love for Kate. The director of an art gallery appears to be aware of his violent past. This season, Joe’s fixation with Marienne and his attraction to Kate provide a gripping storyline.

When asked what she hoped to see in the upcoming season. The creator Sera Gamble remarked, “Every season of the show is a new place, a new conversation about love with a lowercase L.” I would love to spend a season in Europe. That appears to be a very nice experience.”

“The question of “what pool of entitled douchebags do we want to dump Joe into next” comes up regularly on our show.

“And once you leave the borders of the United States, there are more untapped pools all around the world,” she had continued.

Penn Badgley will return to the role of the crazy stalker

In season 4, Penn Badgley will reprise his role as Joe Goldberg. They were  alongside Tati Gabrielle as Marienne Bellamy, Lukas Gage as Adam, Charlotte Ritchie as Kate, Tilly Keeper as Lady Phoebe, Amy-Leigh Hickman as Nadia, and Ed Speleers as Rhys.

Niccy Lin as Sophie, Aidan Cheng as Simon, Stephen Hagan as Malcolm, Ben Wiggins as Roald, Eve Austin as Gemma, Ozioma When as Blessing, Dario Coates as Connie, Sean Pertwee as Vic, Brad Alexander as Edward, Alison Pargeter as Dawn, and Adam James as Elliot are among the cast members (from left to right).

The Netflix Orginal series You is was created by Sera Gamble and Greg Berlanti and is produced by Berlanti Productions. Moreover, Alloy Entertainment, Man Sewing Dinosaur, and Warner Horizon Scripted Television were also part of it.