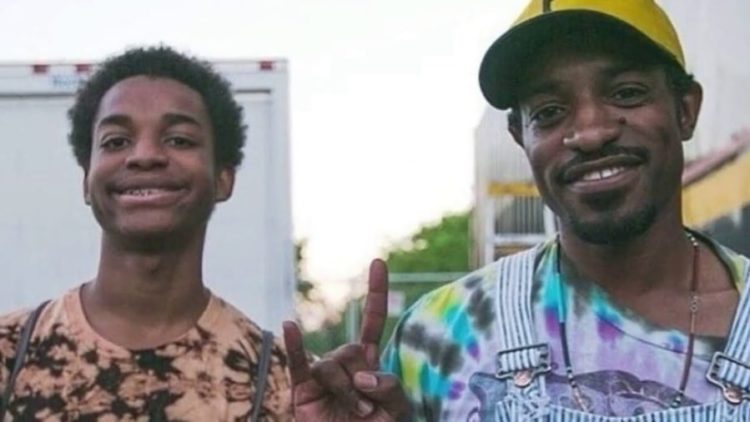 It’s not rare for celebrity kids to follow in the footsteps of their famous parents. However, some of them may even try to carve their own path without living in their parent’s shadow. Andre 3000’s son Seven Sirius Benjamin is almost identical to his father. However, unlike him, he probably would want to pursue something else. So, read this article to know more about the person.

In the year 1997, Andre 3000 blessed with son Seven Sirius Benjamin with his then partner R&B Singer Erykah Badu. As he grew up, fans started to notice the uncanny similarities between the father and son. It’s also worth mentioning that, even though Andre and Badu’s relationship ended in the year 1999, they both remained on amicable terms and as parents of Seven.

Currently, 23, the young celebrity son now looks more and more like his dad, and that’s why fans of Andre3000 are going crazy over him on social media sites. Recently, Badu posted a video on social media with both her and Seven. People were quick to notice the resemblances.

It’s worth mentioning that, though he lives a quiet, private life, he often features on his mother Badu’s social media. There was another video of him studying with her sister Mars. Badu said that Seven is going to college to learn botany and when he comes back home, he helps her younger sister to study.

Does Seven Sirius Benjamin has any social media account?

Unfortunately, Seven Sirius Benjamin doesn’t have his own social media account. However, he makes a few appearances on his mother’s Instagram profile where she posts videos of the wonderful family times. In fact, from the videos, we get a picture of a pretty happy family. Moreover, he also seems to have a pretty strong bond with his parents.

If you love something doesn’t mean that you must pursue it always to have a career. Well, you can also keep it as a hobby if you want to. Well, the exact same thought applies to Andre 3000’s son Seven Sirius Benjamin. Despite going to college, he shares a keen interest in music like his father.

Moreover, his father Andre has mentioned that his son is pretty good with lyrics. In fact, during a visit to Kid Kraddick, he said, “He can actually rap. But he doesn’t want people to know he can rap. He’s actually good”.

Andre also mentioned that at times, his son helps him to find new music. However, his father doesn’t put pressure on his son. He’s like, his son can do whatever he wants. If he wants to run the family business then so be it, or he can also pursue his interests in Botany. It doesn’t have to be music if he doesn’t want it.

We don’t know whether he’d pursue music and hop into the Hip-Hop world or not, but he sure has his father’s talents. Moreover, his sister Puma also seems to have her mother’s singing talent. So, it’s interesting to see in which direction they go from here.

Also read: How Old is Keith Richards? His Age and Net Worth