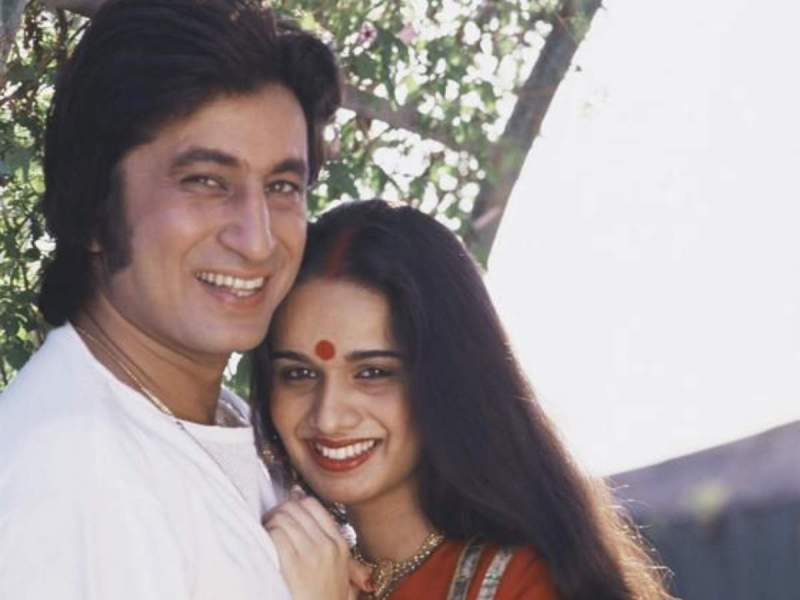 No one could match the capability of Shakti Kapoor in the whole Bollywood when we talk about the villain. He has played a lot of super hit characters which we remember until now. To name some of his few hit movies like Andaaz Apna Apna, Raja Babu Etc which made him a super hit hero in the industry during the 1980s and early 1990s. But you will be shocked to know Shakti Kapoor is completely different in his real life as compared to reel life. His love story with Shivangi Kolhapure is no less than a romantic Bollywood movie. Have a look and know by yourself.

Shakti Kapoor belongs to a middle-class Punjabi family in Delhi. His flair for acting brought him to Mumbai. He completed his schooling from Delhi and graduated from the Film and Television Institute of India, Pune. The very first role he got in the industry was of the villain. It was then when he changed his name to Shakti Kapoor to do justice with the character.

On the other hand, Shivangi Kolhapure comes from a Marathi middle-class family from Mumbai. She is the eldest among her two siblings, Padmini and Tejaswini Kolhapure who are also renowned actresses in the Bollywood.

How they both met?

They both met each other during a film shoot in 1980 when they both were shooting for the movie ‘Kismet’. Initially, her sister Padmini has been assigned the role with Shakti, but somehow later on Shivangi got the role in place of her sister. It looks like God himself wanted both of them to meet each other on the set of ‘Kismet’. It was when Shivangi falls in love with Shakti Kapoor at first sight.

Do you know Shivangi ran away from her home to marry Shakti?

Shivangi and Shakti dated secretly for two years. They both were in love and wanted to marry, but Shivangi’s parents were very conservative to accept this relationship. So, she has decided to marry Shakti by running away from her home. Shivangi ran away from her house and both of them had a court marriage in 1982.

They faced many hardships in their relationship

Initially, Shivangi and Shakti Kapoor have faced a lot in their relationship. After getting married, Shivangi was disowned by her parents and she has also vowed not to visit her parent’s house again. Everything got changed when Shakti Kapoor has established his name in the industry. Her family accepted him and their grandchildren, Siddhant and Shraddha Kapoor.

Things were going well with Shakti Kapoor’s family until a sting operation was exposed by India TV in 2005. Due to this incident, Shakti Kapoor was even banned from the movies for some time. After some time everything was alright and back on track after finding that he is not guilty. It was tough times for the entire family, especially young Shraddha, who later in an interview spoke about that bad phase in her life:

“It did upset me and I did cry. I was younger then and did not know how to filter information. It was a moment we had to all be together. I know that I was most upset with the way people were talking about him. He is my father at the end of the day. And the way I know him and my family knows him, nobody else does. I get most affected if someone talks about my near or dear ones, including my friends or my dog.”

All is well that ends well

Seriously, we have seen how they both have faced a lot in their relationship right from the beginning. Well, all this has made their bond very close and strong. Shakti Kapoor, in an interview with TOI, revealed as to how his family coped with the crisis and gave him strength:

“I used to walk to release my tension, and one night I walked 34 km. So, you can imagine my plight! But, I was thrilled when my daughter woke up in the wee hours to welcome me at home and said ‘I want you as my dad in all the Janams!’ My wife Shivangi told me that she loves me more than ever now! So, I am really blessed and feeling rejuvenated.”