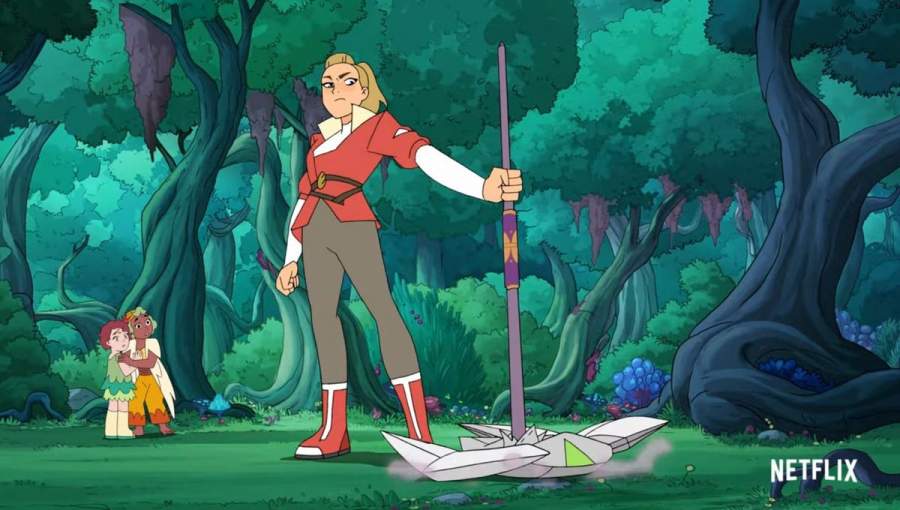 The series ‘She-Ra‘ gained lots of popularity among the fans and that is the reason why it is going to get She-Ra Season 5. The creator of the series is Noelle Stevenson. She-Ra and the Princess of Power will also wrap up in the fifth season. So this is the end of this great story. The fans of the show have many questions in their minds. As this is going to be the last season many things need to solved like what will Adora do now as she is not having the sword? How will Horde Prime plan to lay siege to everything? Will Catra and Adora become friends again? If you are also interested to know more about the upcoming events then continue reading.

The spoilers of She-Ra Season 5

The story is about the titular character She-Ra and about a fictional universe Etheria. Adora is a kid who grows up without parents by the Horde. There is an evil army of the planet headed by Hordak who is a cruel man planning to take over the whole planet. In the completed seasons there was a plot regarding Adora lost in the jungles and there she finds a magic sword that transforms her into a Princess of Power, She-Ra.

She then comes to know about the evil plans of Hordak so she joins a group to fight against him. They try to reassemble the princess alliance which is an association that consists of all the magical girls who are the enemies of Hordak. They once tried to oppose his plans to conquer the planet. There is also an interesting story in the series where the best friend of Adora called as Catra becomes her enemy.

In the new season as well as the finale we will be able to see Hordak more. This is because Adora has lost her powers and is a normal girl again. We can also expect a reunion of Catra and Adora. Many think that they both will fight against evil Hordak. Adora being normal may show her might without her powers. She is a strong and confident girl and she may think of a brilliant plan to defeat Hordak. Then there is also the appearance of Glimmer and her father.

The release date of She-Ra Season 5

The finale episode of the series is going to reveal so many things so the fans are eager to see it. The series is set to release on May 15th on the Netflix and is going to have thirteen episodes. But the trailer is out and the theme music played in it is the She-Ra, ‘Warriors, voiced by actress AJ Michalka. The song is thrilling and is suitable for the finale. This is part of the soundtrack that will release on May 8th.

She-Ra is a story about strong girl characters. There are lots of “Sheroes” in the story that many girls can relate too. It is better than its older version as the characters are more developed. The story is intense and above par.