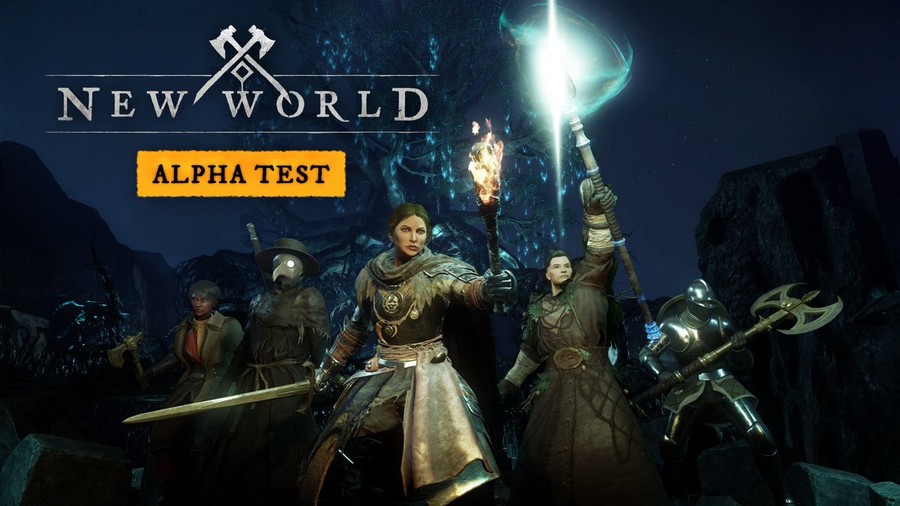 Michael Shroud Grzesiek shared his appreciation of the New World Game from Amazon. He said that they are getting their act together in the new update of the game. In the future, he is confident that the game will become even better. Previously The New World player experienced many issues after the game launched in 2021. They commented badly about everything from gold exploits that led to a broken economy, PVP exploits, and more.  That is why the player base of the game experienced a slow decline. Shroud was also one of the players who did not like the game. He thought that the game and the community required re-invigoration.

During a livestream Michael “Shroud” Grzesiek praised the Amazon games for their New World update, 1.0.5. He is playing the game and it has become one of his favorites. He has registered 332 hours of playing time on Twitch since the game’s release. His addiction to the game is continuing.

The company took in all the inputs from famous gamers and released the New World update 1.0.5. It fixed exploits and bugs and made changes in the balances. Now, this patch is considered the game saver. Shroud is also feeling the same way. Continue reading to know what Shroud said about the new update of the New World Game.

Who is Michael Shroud Grzesiek?

Everybody on Twitch and hardened game players know who Shroud is. He is a twenty-seven-year-old Polish Canadian streamer and YouTuber. Also, he is a former professional Counter-Strike: Global Offensive player. The player is popular for playing a first-person shooter and battle royale games like PlayerUnknown’s Battlegrounds, Apex Legends, Counter-Strike: Global Offensive, and more. He is often recognized as the best aimers. As of 2021 his Twitch channel has reached 9 million followers and is the fifth most followed channel. His Youtube channel has reached 6.82 million subscribers.

Shroud began his game streaming career by playing Counter-Strike: Global Offensive. Then he was signed by Cloud9. He helped the company to get a first-place finish at ESL Pro League Season 4. In 2017 he and his teammate Jordan “n0thing” Gilbert shared that they are stepping down from Cloud9’s active roster. He retired from professional CS:GO.

It was quite hard for Shroud to transition from a professional CS:GO player to a full-time streamer. He started to stream on the Twitch platform. He maintains a diverse set of games. In the platform, he has streamed over 9,100 hours on the platform and got 455 million total views. He has reached a total of 100,000 Twitch subscribers. Now he is continuing to stream full time till October 2019. Then he moved to stream on Mixer. It would be telecasting primarily on Microsoft’s streaming platform. He thought that it is the best move for his career.

But in 2020 Microsoft shut down its platform so he started working for Facebook Gaming. It seems he got an offer from Facebook Gaming that exceeded Mixer’s. But the player declined the offer and only accepted the current contract payout. In August 2020 he again started to work for Twitch. His first stream after returning received 516,000 concurrent viewers.

Shroud liked the new patch and commented about it

Shroud said, “I feel like the latest patch looks like they’re getting their act together. I mean yeah, it’s good. Updates are good”. Then he added, “The November patch is going to be really good in a couple of weeks. That one is going to be amazing”.

Announcing that Alpha is BACK for New World! Check all the latest changes based on your feedback in the Patch Notes!

The Twitch player believes that the updates will keep getting better. The game developer will catch up with all the bugs and will fix them all. He also thinks that “They can’t even think about content until they fix all the bugs and stuff”.

The streamer is really adamant that the game will become a blast in years. He said, “Whenever the bugs and exploits are good and fixed, I truly think this game is going to be amazing. I mean it already is a lot of fun, but it’s kind of dull, right?”.

Shroud has been open about some of the ideas that can make the game better. He wants to implement these ideas in the future. Then only the game will survive against its competitors. He thinks that the game requires a more user-friendly interface. Finally, he truly expects the game to become better in the future.

What is the Net Worth of Shroud?

Shroud plays a lot of games on his streams. For that he receives money. As he is a sought-after streamer, he has worked for many gaming platforms. He made a good name for himself in Cloud9’s CS:GO team. He won Season 4 of the ESL Pro League and received the cash prize worth $200,000 (£162,000). His networth may be somewhere between $8-12 million. The majority of his salary comes from his streaming career in Twitch. He makes revenue sourced from subscribers, donations, ads, and sponsored streams.

Per month he may earn $80,000 (£65,000) from Twitch through the subscriptions. But it can be much higher. Some of the top companies he worked for are Mixer and Facebook Gaming. At the moment he is streaming on Twitch and Youtube.

Shroud has sponsorships from Logitech and clothing brand J!nx. His earnings from these sponsorship deals add to his income.

Also read: How To Make an Eye of Ender in Minecraft?