Some of The Shocking Details of Josh Duggar’s Scandal 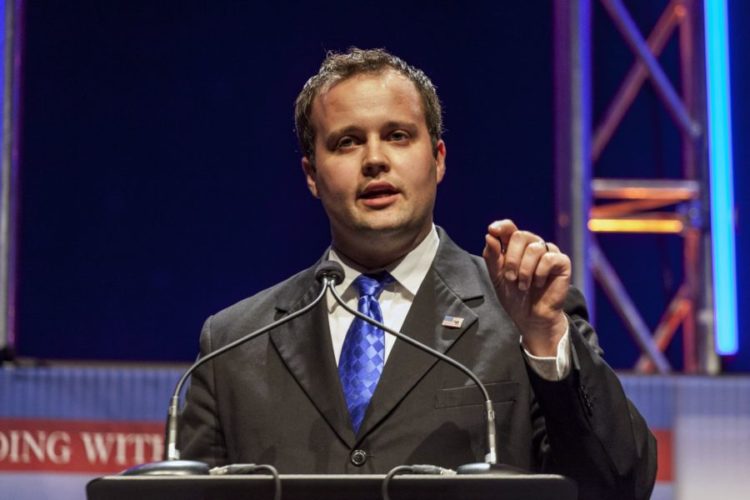 Often we find some of the other celebrities’ names involved in scandals. Sometimes, such names might also come up whom you never expected to hear in these unpleasant scenarios. You can probably guess which celebrity we are referring to here, right? Yes, it is none other than the famous celebrity Josh Duggar. Needless to say, his child pornography arrest shocked all of his fans to their core. The fans never imagined that they would hear such a serious allegation against their favorite star.

As per the sources, there are allegations of three separate scandals against the father of seven. Josh Duggar has been at the center of all three. So what is the real story behind the incidents? Naturally, when such a famous celebrity is involved, the speculations are likely to come up from all places. However, we will know what is true and what is not in today’s article. Stay with us until the end if you are eager to find out what is the original matter concerning Josh Duggar. Here’s what we know!

Who is Josh Duggar?

Josh Duggar, or Joshua James Duggar, is a former American TV personality from the TLC series 19 Kids and Counting. However, presently his involvement in the case of child pornography along with that has the accusation of other three scandals behind his back. On March 3rd, 1988, Josh was born in Tontitown, Arkansas, in the United States. Therefore, he is 34 years old presently. He is of Scottish, English, and Irish origin. As per the sources, Duggar’s parents homeschooled him. He had passed Arkansas’s state test for a general equivalency diploma at 16. Yes, he did not attend college.

On September 26, 2008, Duggar and Anna Renee Keller, both in their 20s, tied the knot at the Buford Grove Baptist Church in Hillard, Florida. They share seven children.

On April 29th, 2021, the US Marshals arrested Duggar on charges of receiving and possessing child pornography. He was found guilty on all charges on December 9, 2021. Therefore, he is presently in jail and awaiting sentencing in the spring of 2022.

However, previously, the eldest of Michelle and Jim Bob Duggar’s nineteen children, Josh, was the executive director of FRC Action. It was a lobbying political action committee (PAC) that the Family Research Council sponsored from June 2013 to May 2015. But he left this position when news broke that he had molested multiple underage girls. In fact, this list included a victim under five years. These incidents were actually happening for a long time since he was a teenager.

Many of you might have already come across the news a long time back, and some of you might learn about it now. Let us share with you some relevant details regarding how the news broke out.

In 2015, a media house published a police report that revealed Josh Duggar as a molester. Allegations were there that he had molested several of his sisters and a family friend between 2003 and 2004. Josh was actually a teenager when these incidents started happening. His victims also varied in age.

Soon after this news became public, TLC canceled the family’s reality TV show, 19 Kids and Counting, amid mounting pressure from sponsors. Moreover, Jim Bob and Michelle Duggar discussed what happened in an interview with Megyn Kelly.

At the same time, two of Duggar’s victims also came to an interview and shared their horrific and painful experiences. Furthermore, family followers lambasted Jim Bob and Michelle for handling the situation in the worst possible way. The scandal would later be discussed at Josh’s child pornography trial. So, Yes, things are pretty tense and serious now.

After the reports came out, Josh resigned from his job in Washington D.C. He returned home to Arkansas with his wife and children. However, he was inextricably involved in all these incidents. Moreover, the molestation scandal was not the only issue the Duggar family would need to contend with that year. Let us know about the other issues down below.

Duggar Admits of Cheating on His Wife, Several Months After The News of Child Molestation Became Public

Unfortunately, the molestation scandal was not the only issue that the world would hear from Josh Duggar. In fact, in August 2015, sources revealed that Josh Duggar had signed up for Ashley Madison twice. Moreover, hackers breached the dating website that promised secrecy for its married clients. These hackers walked away with personal info for more than 50 million accounts. Josh was one of them.

At the same time, Josh has an OKCupid account in which he used the picture of another man to try to get dates. Soon after this became public, Josh checked into a religious rehab facility shortly after admitting he had cheated on his wife. In addition, in 2016, the victims filed two lawsuits against Josh Duggar for his cheating scandal.

One of the victims was Danica Dillon, an adult entertainment star. She had filed a lawsuit claiming Josh sexually assaulted her after paying for a sexual encounter at a Philadelphia strip club. Moreover, the celebrity Matthew McCarthy whose photo he used in his dating profile, sued the former reality TV star as well. His lawsuit claimed the unauthorized use of his photos caused him emotional duress.

After the cheating scandal, Josh remained mostly out of the spotlight. In fact, the used car salesman did not appear on the family’s reality TV series, “Counting On,” so he rarely appeared on social media. However, everything changed in November 2019. So rumors began swirling that the FBI had raided the Duggar family compound. However, the Duggar family denied all reports.

Furthermore, the FBI stated that they had no active investigation. So the Department of Homeland Security later revealed they were at a property which Josh Duggar owned. In fact, a local news affiliate confirmed that the federal agents were present at an address that matched the address of a car lot that Josh Duggar owned. So shortly after that, they shut down the car lot.

So as we conclude, we can say that it is indeed very shocking to come across such news where our favorite celebrities get involved in serious issues. Especially when a star like Josh Duggar’s name came up in an incident where there were multiple pieces of evidence of him being a sex offender, fans were pretty surprised. We hope the victims get justice soon enough.

Also Read: What is Alexa Demie’s Age? Why is Everyone Concerned About It?