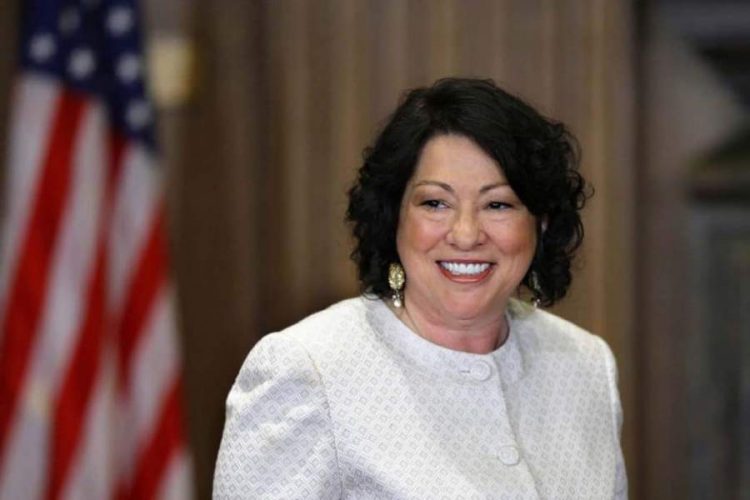 Sonia Maria Sotomayor is serving as the Associate Justice of the Supreme Court of the United States. She got nominated by President Barack Obama for her service after the retirement of Justice David Souter. Then she became the first Hispanic and Latina member of the court. At first, she worked as an assistant district attorney in New York. After that, she entered private practice in 1984. She played active parts in many cases over the years. Sonia Sotomayor age is sixty-six.

Know all the details of Sonia Sotomayor Biography here.

The birthdate of Sotomayor is June 25, 1954, and her birthplace is New York City borough of The Bronx. The name of her father is Juan Sotomayor who is from Santurce, San Juan, Puerto Rico. His mother’s name is Celina Báez. They both met during World War II and got married. Sonia’s father was an alcoholic and her mother was emotionally distant so she was close to her grandmother.

For her education, she went to Blessed Sacrament School in Soundview and she was the valedictorian of her class. Then she attended Cardinal Spellman High School. Furthermore, for her college, she went to Princeton University. On 1976 she went to Yale Law School which helped her to start a legal career.

On 1979 Sotomayor joined as an assistant district attorney to serve under District Attorney Robert Morgenthau. It was a hard time in New York because there was a rise in crime rates and drug problems. She was able to handle heavy caseloads such as prostitution, robberies and even police brutality. On 1983 she assisted in convicting the “Tarzan Murderer” named Richard Maddicks who robbed people by acrobatically entering their apartments and shooting them.

Sotomayor became the youngest judge in the Southern District. She kept a low profile after becoming the judge. Moreover, she also showed anti-governmental positions in the cases she judged. Hence she received ratings from many liberal public interests groups. Sonia Sotomayor justice has the reputation for being intelligent, demanding and sometimes unforgivable. Some of Sonia Sotomayor books are Turning Pages: My Life Story, My Beloved World, “A Tribute to Justice Scalia” and more.

Sonia Sotomayor’s spouse is Kevin Edward Noonan whom she met in high school. He is a biologist and a patent lawyer. But in 1983 she and her husband divorced and they did not have any kids. She is very close with her nephews. According to Sonia Sotomayor quotes she strongly believes that education is important to an equal society. Moreover, she tries to make the best decisions in life.

Sonia Sotomayor is one of the well-known legal personalities in the US. Many people have got inspired by her life.