The Truth Behind Hugh Grant’s Marriage with Anna Eberstein 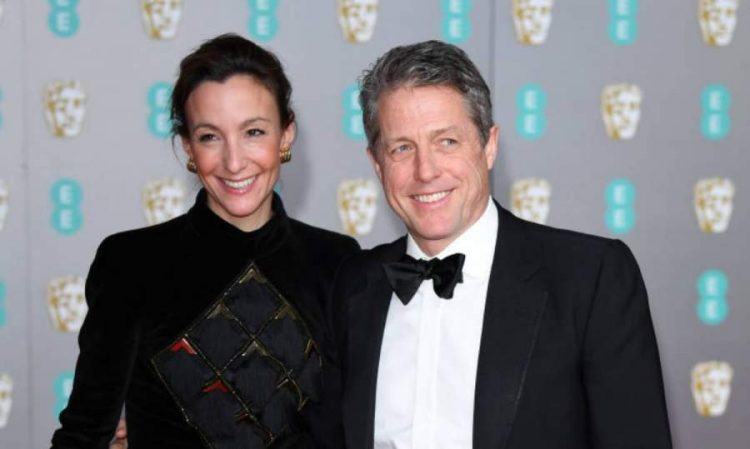 Hugh Grant is a well-known actor from Britain who is famous for the film Four Weddings and a Funeral. For many years he stayed as one of the eligible bachelors in London. But recently he got married to his long-time girlfriend Anna Eberstein. What made him marry his girlfriend after all these years? This is a question many of his fans have. He told a newspaper that his wife and he agreed that marriage is not a great social construct however when there are kids it is a good thing to marry. Therefore he decided to marry Eberstein and enjoy his life with her and their kids.

Moroever another reason he decided to marry is to make the immigration experience easy in airports. This comical reason for marriage can only come from Hugh Grant. Know all the details about his marriage life and kids here.

Who is Hugh Grant’s wife?

On 2018 Grant got married to Swedish television producer Anna Eberstein. Hugh Grant wife gave birth to three of his children. She is the co-founder of Ace Slippers a sock company. She welcomed their first child on 2012 and his name is John. But in the middle Grant became close with his old girlfriend and this separated Grant and Eberstein. Then they again got together in 2015 and had their second child. On 2018 they had their third child. Grant married Anna Eberstein in a very private ceremony.

How is his life with wife and children?

Grant was a bachelor for many years and he was in a relationship with many women in his career. It was because of his charm that many women fell for him easily. His romance with Elizabeth Hurley was one of the best relationships of the 90s. The media followed their day to day movements everywhere. Yet he did not marry anyone.

However only at age fifty-seven he finally decided to marry. Now he has married the right person who is also his best friend. He also quoted that it is cosy and lovely to be a married man. Hugh Grant at first had a different view of marriage when he was a bachelor. Many people told him to get married and have children however he never listened.

He thought that getting leg-shackled and having children was plain wrong. But now he is enjoying his life by playing with his children. He said that becoming a father is a great thing that has ever happened to him but he still admits that marriage is unromantic.

Where does he live with his wife and children?

$150 million is the value of Hugh Grant net worth. He and his wife Anna Eberstein live in a multi-million dollar home in Chelsea, London. On 2018 Hugh Grant movies films garnered US$3 billion worldwide. Hugh Grant Children and his wife keep away from the public eye but the sources claim that they are a close-knit family. Moroever, Hugh Grant brother named James Grant also lives in US. He is working as an investment banker in New York.

It is really great to see a determined bachelor marrying and having children. Furthermore we are waiting for him to share more things about his married life and children.