Space Sweepers Release Date, Trailer and All About the Netflix Film 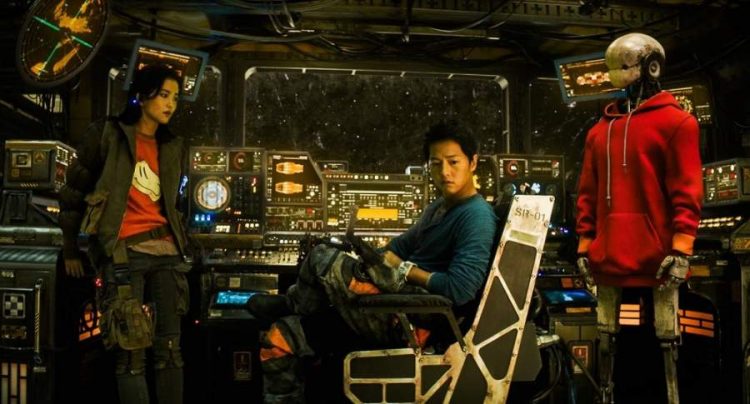 Space Sweepers is an upcoming South Korean film on Netflix. The director of the film is Jo Sung-hee. The film is going to serve as the first Korean Space Blockbuster and its filming budget is US$21.2 million. The release date of the film is also out. Jo Sung-hee began to write the story of the film ten years before the film’s release. He got the inspiration for the story when his friend talked about the dangers of space junk. So he began a story of space travellers trying to clean the space junk.

Therefore this film is going to be a blast. Know all the details about it here.

When is the Space Sweepers going to release?

What is the plot line of Space Sweepers?

The film takes place in a distant future where the earth is in the brink of destruction. The only form of money the humans use is the trash in space. We get introduced to the team of space sweepers who are close to the collapse of the earth. They find a human-like robot in the space and they try to save the robot from other people who try to get it from them. Moreover, they also have to escape from the imminent destruction.

In 2018 Song Joong-ki joined the cast of the film after working with the director on A Werewolf Boy. He is going to play the role of Tae-ho. Then Kim Tae-ri got offered the role of spaceship Captain Jang. After him, Jin Seon-kyu got chosen for the role of Tiger Park the keeper. Yoo Hae-jin will join the cast as a robot in robotic motion capture and voice acting. At last, the English actor Richard Armitage will also play a role in the film. It is going to be his first South Korean film. He shared the news on his Instagram account in 2019.

What can we expect from the film?

We can expect the film to have the Han Solo Vibe because we get to see a crew of space sweepers who scavenge through space. They think that they are lucky when they find a robot that may help them to become rich. But the galactic army comes after them to take the robot. So from then onwards, an epic chase scene happens. The robot is a bomb and has the power to cause mass destruction. All the action is going to happen in space with the earth as a background.

The Space Sweepers is going to be a great hit. Many Netflix viewers are ready to watch the film.