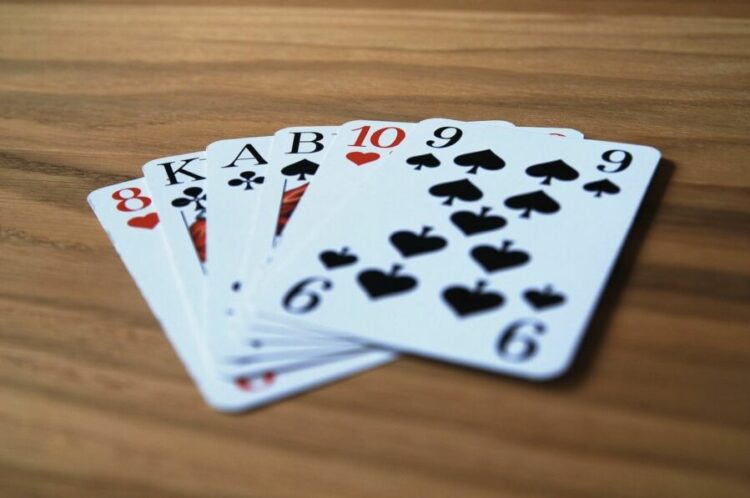 The speed card game is interesting when you play it with friends and family. It is a game of 52 cards that is suitable for quick thinkers. The game moves more quickly than any other card game. Plus, to win the game, you need to get rid of the cards in your hand as soon as possible.

It is a similar game to shedding cards. The person who screams speed first after getting rid of cards is the winner. The rules of the game can be tough at first. However, when you are used to the gameplay there is no more exciting card game than this. Let us get more familiar with the rules of the speed card game.

The tips for beginners to have fun with speed card game

It can be tough to play at high speed but playing at a regular speed helps to get the hang of it. If you are a beginner who wants to enjoy it with family and friends, follow these important tips. Here is a step-by-step instruction to play the game.

1. Five cards each for two players

Before the game begins, players need to have five cards each on their hands. Do not reveal which card you have at the start. Plus, when the game starts, you can flip and see what you have on your card. Players should only look at their cards, not their opponents. You can play this game as a group, but usually, it is more exciting if it is between two players.

It is important to place correct numbers of cards between two players to enjoy the game at its best. First, place four cards between the players. Also, at the edge of player 1 and player two, place a pile of five cards each. The in-between four cards help players to change if they are out of cards.

Each player has 5 cards in their hands. You can borrow cards from the deck when you have less than 5 cards on your hand. The card set in between is sued when players want to change their card. Further, now divide 15 cards each for the player on deck.

After dividing the cards correctly, you can begin the game. First, flip the two middle cards of the set. Now the game is all about creating an ascending order or descending order. Check your card to see if it matches the order in the middle set. Each player should keep the contents of their cards a secret. Only at the end should one shout speed after placing all the cards on his hands on deck in order.

Other than the above steps, you need to follow the general rule of a card game. The rule of the game is to place the cards in order. From the middle set, pick any card to start. Use your cards and the active pile in the middle to create an order. Further, you can place only one card in the middle.

Each player has to have five cards, draw a card from the pile, and exchange it with the card you have at hand. When drawing cards from the pile and if the player runs out of cards, there is a winner. To win the game, shouting speed is important. The player who wins two sets of the game is the winner.

There is no one way to play a speed card game but other fun ways too. Let us see another popular way to play the speed game.

The game’s rules stay the same, but you can follow extra rules. Another way to play the game is by stacking cards of the same value on top of each other. For example, you can stack ace on top of ace and go on with it. Plus, this adds more speed to your game. This version of the game is much easier and is also suitable for children.

The standard speed card game is about putting down one card at a time and taking a suitable replacement to win. However, another variation in the game makes you put down three cards at a time. Even if you have three cards in ascending or descending order, wait for two more matching cards to win the game. With this variation, you can surprise attack your opponent.

3. Jokers to reenter the game

There is an additional rule in the speed card game that players can choose to follow. You can use it for the wild card if you play with two jokers in your game. However, use the joker card only if you are out of moves. You can choose any card from the deck to replace your joker card.

5. The spit version of the game

Many think speed card game is similar to spit. These are both different games with complex rules. However, this version of the game is about splitting the deck of cards between two players. Each player will have five cards in their hands.

They will reveal one out of five to other players. The game has a winner when a player shacks all his cards. The rules of arranging cards in ascending or descending order continue. Spit is a different game with similar rules to the speed card game. These are the instructions to enjoy the speed card game. Playing this card game offers the ultimate entertainment that you should experience.