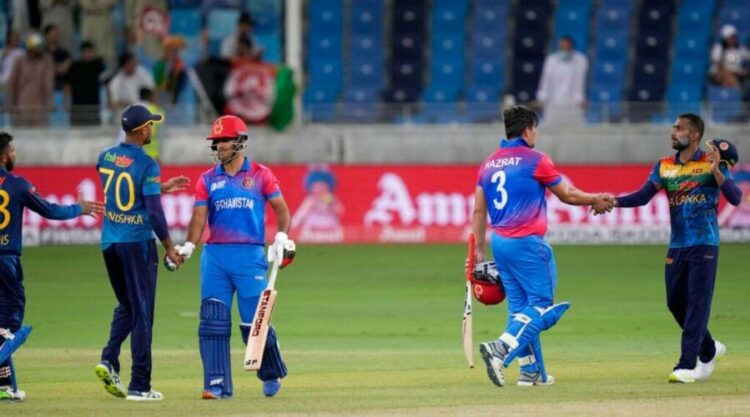 Sri Lanka vs Afghanistan match took place in Sharjah on Saturday, September 3, the opening match of the Asia Cup 2022 Super 4. This is the last game to be played at this location. Afghanistan was the first team from group B to advance. By defeating Bangladesh by two wickets, Sri Lanka advanced to the next round.

Sri Lanka, led by Dasun Shanaka, chased down a record total of 184 to win the game and proceed to the next round. Out of 37 shots, Kusal Mendis scored 60. However, Ashanaka’s middle-order innings of 45 off 33 balls. Asitha Fernando’s 10-off-3-ball innings gave Sri Lanka the victory.

Shanaka was overjoyed after the game. Before the game began, there was some verbal combat between the two sides, and the Lankans came out on top.

“I think the openers did a good job; we discussed that we needed that opening partnership for a start. Today, that was the key, and that’s why we chased down this total. I thought of promoting myself, but from the team’s point, I had to sacrifice to come down and play as a finisher. My first priority is for the team. I think Chamika ran out; we thought the game was gone. But Asitha Fernando scored those two shots very well; these guys have so much potential. It is lovely to see,”  Shanka added.

Meanwhile, Bangladesh captain Shakib Al Hasan bemoaned Mahedi Hasan’s front foot no-ball. It cost them the game in the final over. Shakib stated that his team failed to handle the pressure in the final over. And that a spinner throwing a no-ball is a crime.

So far, Sri Lanka vs Afghanistan has only played two Twenty20 Internationals. The two teams will play the third game in Sharjah. The Lankan team won one match. While the Afghan team won the other.

However, Afghanistan triumphed over Sri Lanka in the tournament’s final game.