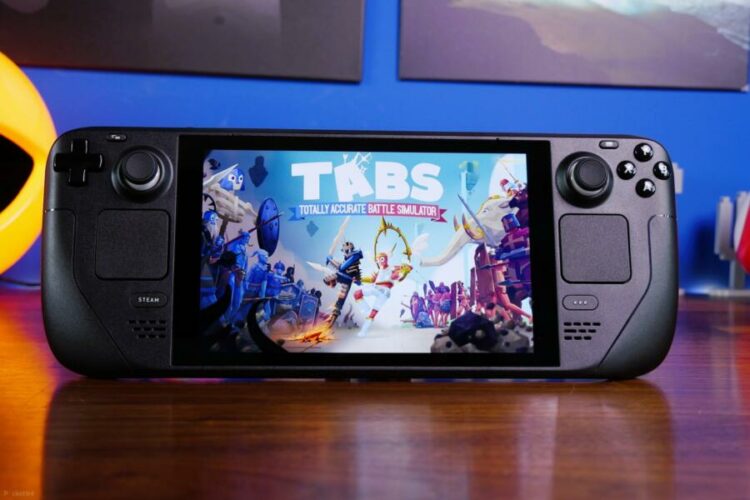 The world is advancing at a high pace and one constant thing is people’s love for video games which is growing way faster than ever before. With the release of PS5 and much more gaming equipment, many new operators are coming out in the gaming market to provide video game digital services. Their main purpose is to facilitate gamers with high-quality graphics and features that allow them to enjoy games to the fullest.

The service providers consist of major teams of professional and highly experienced engineers that maintain the gaming experience at a high level. Steam is one of the biggest names in the gaming market and will cover all that this platform has to offer.

Steam is a digital gaming distribution service provider and storefront and was created by Valve. It was first developed and released as a software client in early September 2003. The main purpose of creating the platform was to offer automatic updates for their clients and customers. In 2005, Steam by Valve decided to further boost its area and become a company that offers distribution and 3rd Party Game Publishers’ Titles.

In 2008, Valve launched an API (Application Programming Interface) known as Steamworks. This development allowed the gaming developers to utilize and integrate different factors like User-Created Content Support, Microtransactions, and In-Game Achievements, into their gaming products.

In 2010, to cover all communities, Valve upgraded Steam to make it compatible with the macOS as previously, it was only available for Microsoft Windows.

In 2012, they released gaming services in Linux as well.

As they have spent about two decades in the video gaming industry, they have extreme experience and knowledge of what users want and how to make them stay on a game for longer. To bring a top-level gaming experience, Steam offers amazing features such as:

The steam platform also facilitates their players, operators, and clients with additional advantages mainly including:

How does the Steam Video Game Digital Service Operate?

The Steam Video Game platform has a digital storefront also known as Steam Store. This store allows users and clients to make purchases of video games through online means. When a player buys a video or computer game from Steam, he/she is facilitated with a software license. Using this license, players can download that specific game software whenever and wherever they want.

Users also can share their game license with other accounts on Steam but under some terms and conditions. The video game digital service provider delivers all its products to the end user using an international network of servers using their FTP (File Transfer Protocol).

To facilitate users from all around the world, Steam is selling digital or video games in different currencies mainly including:

They also have multiple payment plans such as WebMoney which is a great way for people living in Asian, Middle Eastern, and European countries. The availability of games may vary depending on the restrictions, rules, and regulations of different regions around the world.

What Kind of Products does Steam Offer?

Steam has come a long way from its beginning in terms of the variety of products the platform offers. In the first year, their complete product catalog consisted of just 7 games but now Steam is offering more than 30,000 video games of all genres and qualities for people of all interests.

Steam allowed its users to add new games to its platform without requiring the involvement of the company itself. This thing has brought new games into the system without even working. Apart from video games, steam also offers other non-gaming/gaming products mainly including:

How Many Users are on Steam Video Game Digital Service?

The Steam Video Game Digital platform is probably the biggest in the world for over a decade. In 2013, according to the IHS Screen Digest, steam was covering about 65% of the video gaming market share. According to Steam Spy, Steam sold games and gaming products for about US $4.3 billion which is about 18% of the game’s sales in 2017 around the world.

In 2021, a report was issued stating that Steam has about 34,000 video games and more than 132 million monthly active users. On average, the platform has about 10 million users online from which 4-5 million are playing every second.

This growth was the reason that Steam brought new developments in the name of:

Is Steam Video Game Digital Service Worth It?

With all its quality, ability, and huge amount of experience in the gaming industry, we cannot deny the fact that Steam is a must-have gaming service for any gamer. Steam has more than 132 million monthly users which are clear proof of its reliability and trust among players.

It offers security, privacy, quality, and a top-notch gaming experience, all in one place. So, it can be said that a player should install steam as their first application on his PC because of its amazing features and ease that come with it.

Can I Buy Steam Video Game Products from other Websites?

Yes, you can buy steam video games and other products from other websites as well and this is one of the major reasons behind its success. 100-Euro Steam Gift Card EU (Euro Gift) is an option that is extremely popular among gaming players around the world. You can make purchases on Steam using their gift card within its price range. They have built a positive reputation and are trusted by people around the world.