Step-by-step Guide on How to Find Probability 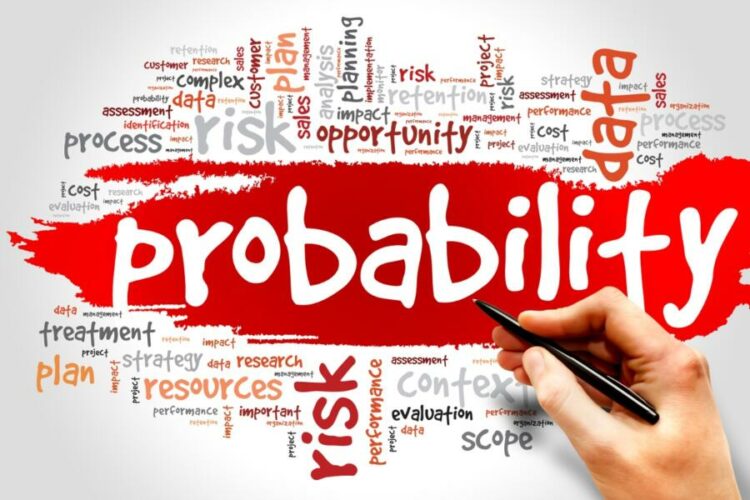 Finding The Probability of a Single Random Event

Want to know how to find probability of a single random event? Then, read further!

The only way to calculate the probability is when the event whose probability you’re evaluating either occurs or doesn’t. The event and its opposite cannot take place simultaneously. Examples of situations in which two mutually exclusive outcomes include rolling a 4 on a die and a specific horse winning a race. The horse either succeeds or loses, or either a 4 die rolls or doesn’t.

Say your goal is to determine the probability of rolling a 5 on a 6-sided die. The action is “rolling a 5,” and there are six possible results as we know that a 6-sided die can land on any one of six numbers. As a result, we know that there are 6 potential outcomes in this scenario and 1 conceivable event. Here are 2 additional illustrations to state:

We will then have the likelihood of a single event occurring. The number of events and outcomes when rolling a 5 on a die is 1 (there is only one 5 on each die). Further, the number of outcomes is 6. Alternatively, you could write this relationship as 1÷6, 0.166, 1/6, or 16.6%. See the examples stated below for more clarification:

All potential outcomes must have a cumulative likelihood of 1, or 100%. You’ve probably made a mistake because you missed out on a potential event if the likelihood of all conceivable events doesn’t equal 100%. Check your calculations again to be sure you didn’t leave out any potential results.

To illustrate, if you were to determine the likelihood that Easter would happen on a Monday in the year 2020. The likelihood would be zero. It is so because Easter is always on a Sunday.

You can tell if an event is dependent if the chance of it happening changes due to the first event. Further, it will have an impact on the cards that are available when you select the next card. For instance, if you select two cards from a deck of 52. When computing the probability of the second event in a pair dependent on the first, you must deduct one from the total number of outcomes.

You can compute the total probability by multiplying the probabilities of the individual events by one another, regardless of whether you’re working with independent or dependent events and whether there are 2, 3, or even 10 possible outcomes. You’ll receive the likelihood that certain occurrences will take place one after the other as a result. Therefore, under the given circumstance, what is the likelihood of rolling two consecutive fives on a six-sided die? Each occurrence has a 1/6 chance of happening. 1/6 × 1/6 = 1/36 is the result. Moreover, 0.027 or 2.7% are other ways you could put this.

If you don’t know how to find probability or lack in the same, then this article is a must-read for you. Here we tried to mention a step-to-step guide on it. So, give it a complete read!

Also read: Learn The Top 10 Tips to Excel in The MyMathLab Coursework

7 Tips You Need To Cope with College

More and More Foreigners Want To Study in Australia