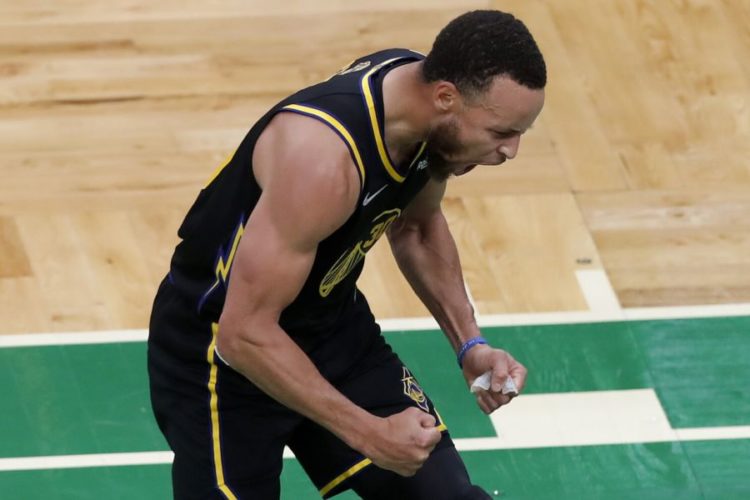 Stephen Curry is a superstar in the NBA world. He has been a 2-time Kia MVP and 3-time NBA champion. In fact, he is one of the greatest basketball players of all time. Moreover, he is probably the best shooter in NBA history. In addition, he has also led the Golden State Warriors to three NBA title wins. Therefore, he is a true superstar of the game. On the other hand, Jayson Tatum is another talented player in the NBA.

In fact, he has been a three NBA All-Star. In addition, he also became the NBA Eastern Conference Finals Most Valuable Player in 2022. Tatum has also led the Boston Celtics into the NBA Finals. Therefore, he is a star among the stars.

However, Tatum is not yet a superstar like Stephen Curry. This is precisely what Curry proved to him in the first four games of the 2022 NBA Finals. In fact, the Warriors needed Curry to step up in Game 4 and Curry responded. He pulled the Warriors up to a stellar win and thereby showed Tatum, what it takes to be a superstar. Read the article to know more about Curry versus Tatum.

Game 4 And The Stellar Curry

Stephen Curry had injured his left foot as the Warriors lost to the Celtic in Game 3. We saw him limping off the field after the match. Therefore he became the Warriors’ biggest concern going into a vital Game 4. However, Curry later said that he will be playing in Game 4, even with a sore foot.

However, on Friday night there was no sign of discomfort in Curry, as he pulled off a match-winning performance. In fact, Stephen Curry dominated the game, scoring a stunning 43 points. He almost singlehandedly led the Warriors to victory. In fact, Curry has been in a stellar touch in the series.

In the first three games, he scored 34,29 and 31 points respectively. However, Friday’s performance was an outburst.

Moreover, Curry received little help from the likes of  Draymond Green and Klay Thompson in the game. After the match, both of them showered praises on Curry. Thompson stated that Curry had been the lone warrior and stated that they would help him in the next game. On the other hand, Green claimed that he knew that such a performance was coming.

Even the Warrrior’s coach, Steve Karr was all-praise for Curry. He admitted that the game was tough for Curry due to “Boston’s size and athleticism”. However, that barely mattered to him.

Both Stephen Curry and Jayson Tatum are great players. They are among the top performers in NBA. However, there is one point that separates the two. It is their consistency. Curry is far more consistent than Tatum. He is more like Milwaukee Bucks superstar Giannis Antetokounmpo. Giannis had been consistent and dominant for the Bucks in the EC semifinals. Curry is just that in the finals.

"I just got to be better. I know I can be better"

Jayson Tatum on pressure he's putting on himself pic.twitter.com/MVzWtTlIIb

However, Tatum lacks consistency. He is no doubt one of the top performers in the league. But he is not a superstar yet. However, he had a superstar outing in the postseason. However, there have been certain issues with Tatum. His long-range shooting has not been great. He turns the ball too much. Moreover, he struggles to find the nets.

In fact, in this postseason, he has scored 10-pointer twice. On many occasions, he has confessed at post-match conferences that he needs to get better. These are not the makers of a superstar.

Therefore, in Game 4 Stephen Curry taught Tatum the lesson of a superstar. There is much in Curry’s game that Tatum can learn from. In fact, Curry has shown him what it takes to be a superstar.

Stephen Curry is a superstar beyond any doubt. Friday’s game seems to seal the fact. He has outshined Tatum in all aspects of performance. Yet, we must remember that it is just the beginning for Tatum. He has been on the big stage for 5 years only. On the other hand, Curry is in the 13th year of his big league career.

Therefore Jayson Tatum has a lot of time to improve. In fact, this year he is an All-NBA First Team player. He has all the signs of a superstar. But his skills need more polishing. Stephen Curry did not get any support from his teammates. Yet he pulled the Warriors up. On the other hand, Tatum had some good players around him. But he failed to make the mark. These are the lessons that Curry must have taught Tatum in the game. After all the name is Stephen Curry!

Also Read: Three Modifications Have To Be Made  For The Game 4, States The Whiteboard