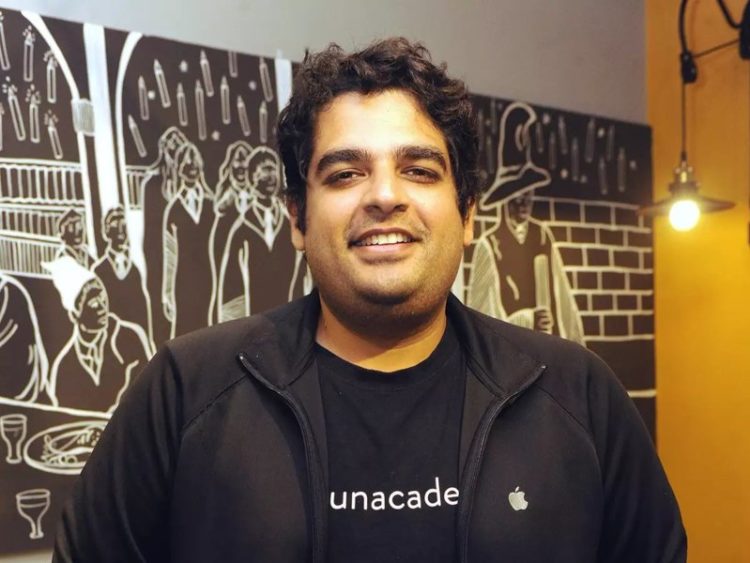 It’s really cool how far technology has had an impact on the education sector in the country. It has challenged the traditional as well as conventional teaching strategies in the world. Therefore, online tutorials, pdfs, and other digital means are slowly replacing books and blackboards. In fact, as a lot of people have access to the Internet, it’s relatively easier now to access the online platform to study for competitive exams.

This where the success story of Unacademy comes. So, let’s talk about the college student of Mumbai, who made a difference with passion and skill. Yes, we are talking about Gaurav Munjal, the founder of CEO. In this article, we will discuss how Unacademy became so successful.

A Brief on Unacademy

Owned by sorting Hat technologies, Unacademy is an online learning platform where you can get all the study materials for major exams. In fact, there are top online tutors who will help you to crack any exams. It’s available on mobile as well. All you’ve got to do is to download the Unacademy app on your phone and run it. So, if you are applying for SSC, UPSC, GATE, CAT, etc exams, then you will find the medium really useful.

With thousands of pdf files and other nice and simple tutorial videos on the platform, it has become a hub for the aspirants. Moreover, you can also pay for Unacademy plus for all the other benefits. For example, some classes are only accessible through subscription.

How was Unacademy Founded?

Well, the credit goes to Gaurav Munjal. While he was an engineering student of IIT Mumbai, he uploaded a short computer graphics tutorial video on YouTube back in 2010, December. In fact, he named the channel Unacademy on YouTube. He thought that it would be nice and his friends could access the tutorial.

Thereafter, the video gained a lot of positive reviews. Naturally, it gave him more confidence, and he began to upload more tutorials. Moreover, he continued this even after he had started to work as a software engineer at Directi company. Later on, he started up his first-ever company Flat back in 2012. However, he sold that company to Common Floor the following year.

Amid all of these, Gaurav Munjal, the guy from Jaipur asked his friend Roman Saini to upload video tutorials on cracking Civil service exams on the Unacademy channel. It’s worth mentioning that, Saini was a qualified IAS Officer back in 2013. However, he quit his job to join the Unacademy to offer online coaching.

Later on, Gaurav Munjal along with his friend Hamesh Singh, in September 2015 set up the company Sorting Hat Technologies. Soon afterward, Roman Saini too joined the company.

So now, the Sorting Hat company owns and operates this grand educational platform. It has a web portal, youtube channel as well as app variant. More than 10,000 educators offer free and paid video tutorials. Moreover, it’s worth noting that, currently, Unacademy has 13 million learnings. Therefore, it’s true that it has been a revolutionary approach to the country’s learning process.

In the times of Covid19, the fame of the platform has surged exponentially. In fact, it’s due to the fact that all the institutions were closed due to the lockdown imposed by the state. Therefore, students and aspirants had to study online. Moreover, it’s also worth mentioning that, during the covid19 outbreak, the company announced that it will conduct 20,000 free live classes for all. Therefore, there’s no need for payment.

As per the data, Unacademy has earned around $50 million from the existing investors back in February 2021. Those investors are Tiger Global Dragoneer Investment Group, Steadview Capital, General Atlantic.

Furthermore, the company has got six organizations to this day. They are Kreatyx, Wifi Study, Codechef, PrepLadder. NeoStencil and another.

Gaurav Munjal has turned his passion into reality. What he started as a mere tutorial for friends has turned into a millionaire-dollar business. The business has flourished pretty well. Moreover, the firm has become one of the top unicorns of the Indian educational sector.

This platform offers 2,400 lessons and covers every subject of competitive exams. In fact, the total view count is around 250 million for the youtube videos. Moreover, with top tutors from all over the state, it has become a place where everyone can learn and participate.

Currently, the company is looking to expand as much as it can. In fact, it’s looking to stronghold its position in the test prep market through ‘Graphy’ and Mastree.

If you want to achieve something, then it will surely happen sooner or later. That’s exactly what happened to Gaurav Munjal. Firstly, it was only him. Thereafter, Roman Saini and Hamesh Singh joined him on this together.

Together, the three founders created a great platform to offer a lot to the aspirants. Equipped with a dream team, the company is only looking onwards and upwards from here.

Also read: What Are Some of the Most Popular Online Courses?

How To Be A Successful QA Tester – Jumpstart Career with Testpro.io