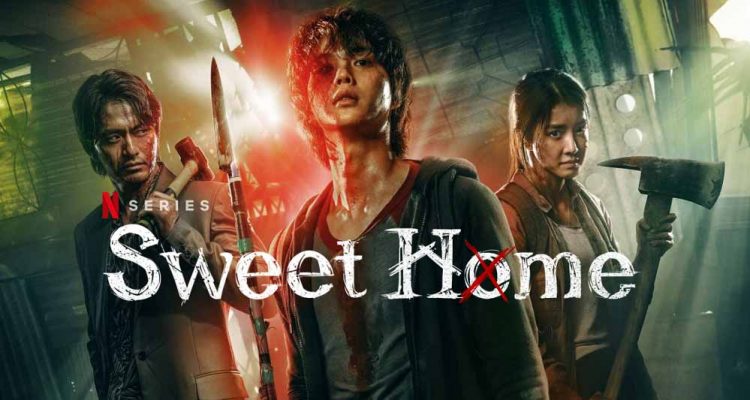 Sweet Home is a South Korean series based on a Line Webtoon. The first season released in Netflix on December 18, 2020. Also, there is a lot of drama and horror in the series. Many people liked the story because it was different than other horror genres. The casting, the CGI, plot and everything in the series is great. The fans of South Korean series have added this series to their wish list. Therefore many are waiting for Sweet Home season 2. Here is the information we have gathered about the series.

When is the release date set for Sweet Home season 2?

At the time of writing the creators dd not plan to make a season 2. But now as the season 1 has met with a great fan following the creators may renew it for Sweet Home season 2. It has a score of 7.4/10 on IMDB. At the press conference, the director has talked about a possible continuation for the series. So we have to wait and see what happens. We can expect the season 2 to release in 2022.

What is the plotline of Sweet Home?

After the death of his family in an accident Cha Hyun-soo shifts to live in a new apartment. But his life gets disturbed by the horrific turn of events that happens in the new building. Many people start to transform into monsters based on their hidden desires. But many residents try to survive this horror. So this is a story of survival that becomes tougher and tougher as many people begin to change.

What happened in season 1?

The first season of the series ended in a cliffhanger. So the fans are eagerly waiting to get a good ending. The two special infected people of the building fought with each other in the final and the main character Hyun-soo sacrifices himself to the Government soldiers to save the other residents. Many found it very confusing to understand.

The final scene that confused a lot of people was Sang-Wook who was on the verge of death later wearing military gear and escorting Hyun-soo. We can assume that there was a time skip in this place. We can see Hyun-soo still recovering from the bullet injuries but we do not know if it is from the soldiers or from another kind of attack.

Hyun-soo is in a kind of state where he is not changing into the monster. But we do not know how Sang-Wook is still alive. How was he able to survive from the gunshot? There is a guess that Sang-Wook is also a special infectee. As some people have shown healing effects after becoming the monster this is the best explanation for the end.

What can we expect from Sweet Home season 2?

The original webtoon only has 14o episodes written by Carnby Kim and Youngchan Hwang. The creators did not follow all the events in the webtoon because they wanted to make something different. So in Sweet Home season 2 also we will get to see the story from different perspectives. But they wanted to stay loyal to the original too. But they are still trying to make some changes to the ending.

They also want to introduce monsters that are not available in the webtoon. We already saw monsters based on Gluttony, eyeball, vampire and more. The creators may work on other desires that can form into a monster.

As of now, we can expect Song Kang to come back as Cha Hyun-soo. He is a high school student with suicidal thoughts. He is recovering from the grief of losing his family in a car accident. Lee Si-young may come as Seo Yi-kyeong who was a firefighter. Lee Jin-Wook will return to play as Pyeon Sang-wook a man who gives evil for evil.

Sweet Home is a great horror thriller. Instead of zombies, people change into monsters according to their deep desires.