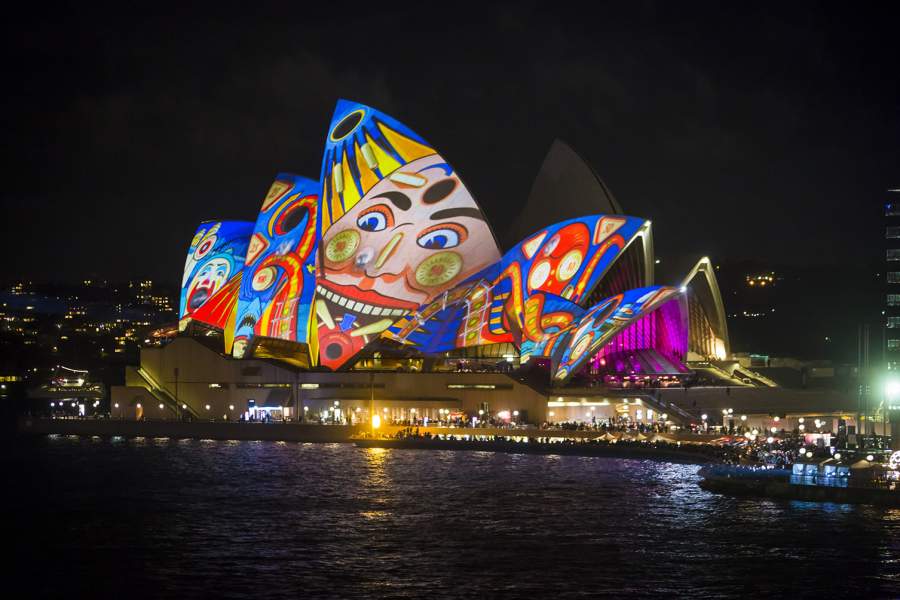 Sydney Vivid is an annual festival of light, art, and culture that brings bizarre creatures, colourful works of art, and tens of thousands of tourists to the city in winter – a season that would normally be particularly quiet. The art exhibition component of the festival makes imaginative use of open spaces, parks, and building facades to turn the Circular Quay area, from the Opera House, around to the Rocks, into a gigantic open-air art gallery that turns on a spectacular show as soon as the sunsets.

The sails of The Opera House, which is spectacular by itself (all praise Joern Utzon), come alive with massive animated projections that vary from year to year. This year we see the sails luffing in the wind and a young lady lolling about on them. Customs House is particularly amazing when you look at how accurately the project aligns with the columns, ledges, and windows of the building. The animations are amusing and wonderful. 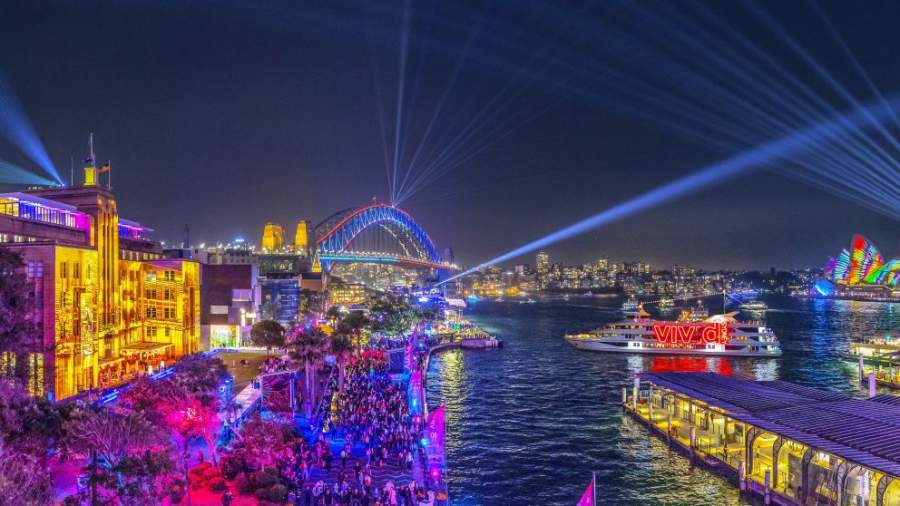 As a method of attracting tourists, it is a raging success. But it is much more than that. It brightens the image and lifts the spirits of a city that has a reputation for having a spectacular coastline, but being culturally dull, compared to its cousin down south.

The festival runs from May 24 to June 15 every year and overlaps with the Sydney Film Festival which runs from June 6 – 17, making early June a great time to visit Sydney if you want to get away for a week or a few days, but avoid the tourist season crowds, heat, and prices. Sydney Vivid 2020 has been canceled due to Corona Pandemic.