Tammy Bradshaw & Terry Bradshaw: Head Over Heels In Love With Each Other 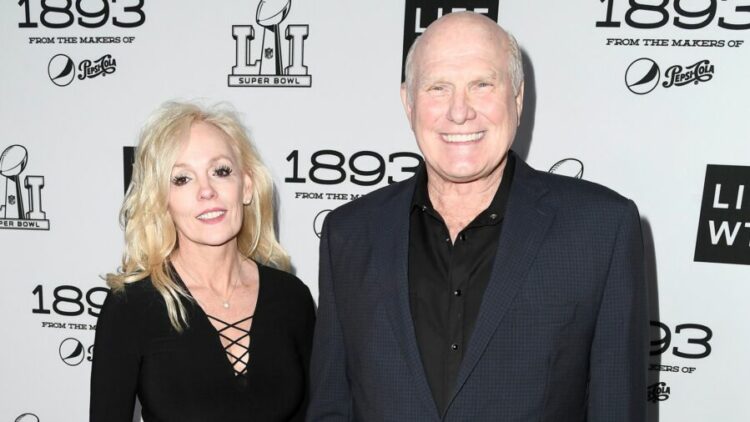 There are very few sports lovers who do not know about the popular American footballer Terry Bradshaw. He was a quarterback for the Pittsburgh Steelers in the National Football League. At the same time, we also know him as the television sports analyst and co-host of Fox NFL. However, today, we will share some significant details about his wife, Tammy Bradshaw. She is Terry Bradshaw’s fourth wife.

As per the sources, it was a shared hardship that brought the couple together in 1999. Both of them were going through tough situations in their personal lives. Terry was, at that time, suffering from health problems. On the other hand, Tammy was going through a nasty divorce from ex-husband David Luttrull. So it is not surprising that the couple fell in love after that.

Well, there is much more to their love story. So would you like to know more about the celebrity couple’s love story? Along with that, we will also provide you with an insight into some of the interesting details regarding Tammy Bradshaw’s life. Let us take a quick glance!

When Did Tammy & Terry Bradshaw Meet Each Other?

As we just mentioned, Terry and Tammy met each other in the most vulnerable moments of their lives. At that time, both of them were suffering from personal problems which they could overcome through their love for each other. So after meeting, they lived together for the following 15 years with their three daughters. It also included Lacey from Tammy’s previous marriage.

In fact, Terry himself also admitted that “[We were both] coming out of bad divorces and when I was getting close to her, I’d run and hide for six weeks, then come running back. I said, ‘There’s nobody getting their hands around my heart again.'”

What made their relationship stronger was that Tammy never got impatient. The couple eventually tied the knot in 2014 with little fuss. “I passed her in the hallway and said, ‘Oh listen, we’re getting married Tuesday in Hawaii.’ She said OK, and we kept going,” Terry recalled. “We get there, and she said, if you’re serious, we need to get a license. So we got one.” In this way, the former NFL icon described how he proposed to his “best friend” and won her hand for marriage in an interview.

What Tragedy Did Tammy Bradshaw Suffer In Her Life?

Even though Tammy Bradshaw might have found her soulmate in Terry Bradshaw, she had to undergo an unimaginable loss in 2009. Her son, David Jr. (Cody), from her previous marriage, died of an accidental heroin overdose at his mother’s home. There cannot be any other tragedy as great as this in a mother’s life other than seeing one’s children die in front of their eyes. Well, that was the case here.

Needless to say, Cody’s death shattered Tammy into a thousand pieces. He had passed away a month ahead of his 24th birthday. Since he was Tammy’s eldest child, she was highly upset the entire time.

Therefore, his mother made sure that his obituary had the same kind of words that expressed how they felt after losing him. “He will be greatly missed and remembered fondly by his family and many friends for his big heart, great sense of humor, and recent excitement over his new job as a train dispatcher with the railroad.”

What Did Tammy & Terry Do To Create Awareness Regarding Opioid Overdoses?

According to the reports, Bradshaws have since dedicated themselves to spreading awareness about opioid addiction. They want to ensure that no one else dies an untimely death like her son. So they appeared on “Celebrity Family Feud” in 2019.

Moreover, they also won $10,000 for the 525 Foundation. This was launched by the parents who lost kids to opioid overdoses. At the same time, Terry appears as a special guest speaker at the organization’s Indiana event every year. Meanwhile, Lacey often hosts fundraisers for the foundation on her Facebook page.

Needless to say, it is quite a noble endeavor from the Bradshaw family. We hope they continue to extend their help to all those kids who fall prey to drugs and prevent any untimely deaths.

Terry Bradshaw Considers His Wife, Tammy Bradshaw, As His “Angel”

Needless to say, the pair were enjoying a romantic Hawaiian vacation at the time — with the rest of the family. In fact, the athlete pulled out all the stops. He even proposed to Tammy again, years after they officially tied the knot.

Tammy recalled some of the golden memories of her marriage, “Our wedding was perfect, and he was so handsome. It’s hard to believe it was seven years ago.” Moreover, Terry also jokingly objected, “What do you mean he ‘was?’ It was only seven years ago. Have I gotten ugly since then?”

Later during a confessional, Terry admitted to being hesitant about getting married again after enduring three previous divorces. It was tough for him to come to a decision. So he said, “I knew I had to get married overnight, or it wouldn’t happen at all.”

Some Interesting Details About The Couple’s Wedding Ceremony

As per the sources, we know that Terry’s daughters weren’t included the first time. This was due to the ceremony’s brevity. Therefore, they were thrilled to take part this time around. In fact, their daughter Lacey also officiated. Meanwhile, her daughter Zurie acted as a flower girl. The renewal took place on a scenic beach. Quite fascinating, right?

In fact, Lacey gushed about her parents, “I think we can all agree these two have grown into a perfect match.” She later described the couple as “an unstoppable force” and “the leaders of this family.” Terry, meanwhile, told Tammy: “It’s a joy to call you my wife. God gave me an angel when he gave me you.”

All of these show that the couple is head over heels in love with each other. Presently, they are enjoying themselves and are very happy with their lives. Their wedding ceremony ended with an intimate dinner at which fire dancers performed.

So as we conclude, we can say that there are very few couples in the glamour world of the film industry who are so head over heels in love with each other as Tammy and Terry Bradshaw. They might have tied the knot at a much older age; however, they are no less in love than a young couple. It is their bonding that strengthens their relationship even more.

Also read: Tayshia Adams & Zoe Clark: What is The Cause Behind Their Breakup?