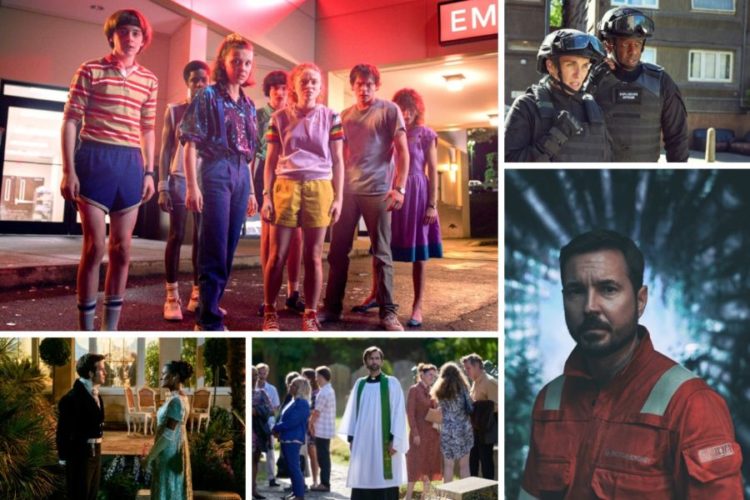 Every year brings an assortment of TV shows worth watching, and 2022 is no different. Given the growing number of options for checking out visual goodies these days, it’s not always easy to keep up with what’s buzzworthy and what’s earning raves from fans and critics. If you’re looking for suggestions as you explore your viewing possibilities, read on for our rundown of the best TV streaming shows of 2022 – so far. We focus on shows that debuted in 2021 that you can still watch now along with ones that debuted this year.

The mockumentary concept isn’t exactly new in the world of comedy. However, “Abbott Elementary” is one of the notable and refreshing exceptions. “Everybody Hates Chris” star Tyler James Williams is part of an exceptional cast in a show that brings back memories of teachers we all knew at one time or another during our school years. Even the kids are adorably entertaining.

Set in the late 1930s, this series focuses on three veterinary surgeons. It’s a captivating tale of their lives presented against the backdrop of the time period. Based on a popular series of books, the show is kind of like an old school soap opera with animals as part of the equation.

The network that gave us “Cheers” and other great “hangout sitcoms” gives us another TV gem in 2022. This one is about a group of friends hanging out together in a wine bar. It stands out because of the depth of the characters. In other words, it’s easy to identify with them, which makes you want to root for them as you laugh and smile.

Based on a BBC Three series, “Murderville” is murder mystery with a comedic twist. Each episode features a special guest who must improvise while attempting to figure out who did it. Special guest detectives in the series include Conan O’Brien, former running back Marshawn Lynch, and stand-up comic Ken Jeong.

Directed by Mitsuo Iso, this anime sci-fi series is set in the year 2045. Five children are stranded on a space station and must work together to survive. The story is easy to follow and the Japanese-style animation is brilliantly done.

Created by “Guardians of the Galaxy” director James Gunn, “Peacemaker” is a superhero show with wrestling star turned actor John Cena, who reprises his role from “The Suicide Squad.” This time around the key players are trying to rid the world of parasitic butterfly-like creatures.

This entertaining dark comedy delves into the world of televangelism with a wicked touch of delightful twists and turns. It’s definitely more mature material at times given some of the plots. Even so, it’s worthy of your attention if you appreciate this approach to humor.

Including episodes directed by Ben Stiller, Severance is a sci-fi psychological thriller that debuted in February of 2022. Despite its newness, it has received high acclaim from critics and viewers. The basic premise of the show is an employee – “Parks and Recreation” star Adam Scott – who had a medical procedure separating his work and non-work memories uncovers some shady goings on.

A show about surviving a pandemic-stricken world isn’t easy to watch nowadays. Still, this one does draw you into a fictional world with an odd touch of relevance. The post-apocalyptic dystopian world depicted in the series is based on a best-selling 2014 book of the same name by Emily St. John Mandel.

The switch between past and present concept has also been done before on many TV shows, but it can work well when done right. In this instance, the show takes us back to the ’90s when a group of teens is involved in a plane crash. They end up surviving in the wilderness for well over a year. Their tale is interspersed with present day accounts of their lives.

We’re almost halfway through the year, and the calendar for 2022 is already jam-packed with new TV shows. Nowadays, television shows are more of a steady downpour due to the fountain of streaming services like Dish Network, Netflix, Amazon, HBO and Hulu to name a few that provide more series than a reasonable individual could possibly watch at one time.

Hence, you must watch the list of TV shows right now because you know it’s all anyone will be talking about, and you won’t want to be left out! So what are you waiting for? Grab your popcorn and your blanket and binge all weekend with your family!