The Best SUVs for Specific Purposes 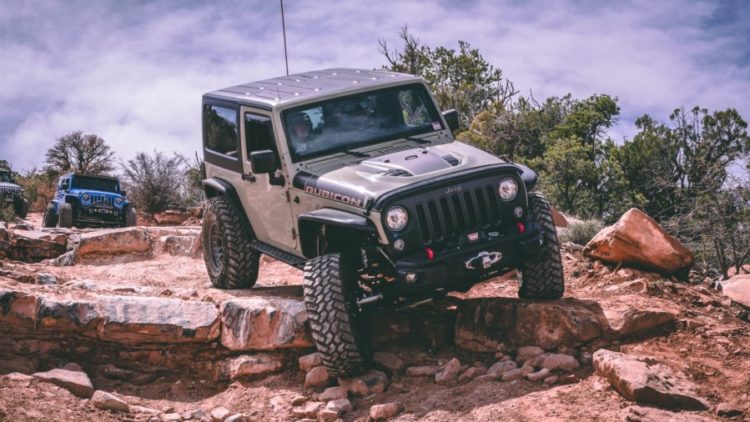 Crossover SUVs are phenomenally popular in the USA right now, with many Americans falling for their commanding ride heights, well-rounded nature, and versatility. Whether the prodigious Lamborghini Urus or the more conventional Volkswagen Atlas, every review will propound these qualities. If you’re just looking for a straightforward and well-rounded cruiser that will serve you and your family satisfactorily, then anything like a punctilious Volkswagen SUV will suffice. If you’re more of a thrill- or leisure-seeker and want a car that will excite and impress you or engulf you in luxury, then you’ll want to go for something extra-special.

Something that occupies the premium end of the spectrum and is meticulously purposed for its task. Here we list some of those vehicles, each one classified under its core appeal:

There are actually quite a lot of performance SUVs out on the market, but the Tesla Model X Performance stands out as one of the fastest and most exhilarating SUVs money can buy. Of course, with no combustion engine under its hood, it doesn’t engulf the driver with the same visceral experience or emit the same affecting soundtrack a thunderous V8 motor would. But the Model X Performance is special in its own right, put the pedal to the metal and it teleports from 0 to 60 mph in a mere 2.7 seconds and will accelerate onward to a top speed of 163 mph.

It also offers up to 305 miles of driving range on electrons alone, and when properly equipped, will even be able to tow up to 5,000 pounds. Those figures are just insane considering its being achieved by a three-row SUV that can seat up to seven occupants.

SUVs arguably make for the best premium cruisers as their strapping powertrains and immense size intrinsically lend to the luxury side of things. The Bentley Bentayga is perhaps one of the most luxurious SUVs money can buy. The full-size cruiser comes equipped with either a sturdy V8 motor or fierce W12 powertrain and delivers stellar driver engagement and sublime comfort. As a Bentley product, it’s a distinctly upscale looking vehicle and it presents occupants with an exquisite and prestinely-built interior that’s brimming with high-quality materials and avant-garde creature comforts, conveniences, and safety features.

It’s seats are commodious and heavily installed with comfort functions such as heating, ventilation, and even massaging. A car in this league can ask an MSRP of anything above $150,000.

Despite what all the marketing and PR from automakers may have you think, there aren’t that many SUVs that can actually hold their own off-the-beaten path. If you really want a vehicle that is genuinely ready to get down and dirty, there isn’t much else better than the Jeep Wrangler that will continuously dominate the challenges you put it through. It’s rugged, outdoorsy look is met with genuine hardiness and capability. The Rubicon models boast approach, breakover, and departure angles of 44, 27.8, and 37 degrees as well as a 10.8-inch ride height.

Jeep presents the Wrangler with several powertrain and body configurations so that drivers can optimize the land crawler to fit their exact needs.

Just about everybody propounds the importance of living a balanced lifestyle, so owning a car that will cater to all your professional and leisure needs all to an equitable degree would be a sensible choice. This is a difficult thing to achieve, however, as one advantage typically comes at the expense of another in the automotive world. This is not, however, the case with the Kia Telluride and Hyundai Palisade, two crossover SUVs based on the same amazing platform. Both are phenomenal family vehicles that offer polished performance, decent handling, and respectable fuel economy returns.

They’re superbly comfortable on the road and at the same time reasonably capable off of it, too. They’re packed with value at their prices and regularly earn top positions for their well-roundedness.

Now that you hopefully have a better idea of what type of SUV you want, you can get excited about joining the ever-popular SUV movement. Many automakers are beginning to introduce fully electric SUVs into their ranges now, too, all still offering the same level of proficiency in whatever purposing they’ve been given, be it performance, luxury, or off-roading.

You may also like: 2021 Chevrolet Tahoe Release Date, Features and Price Details