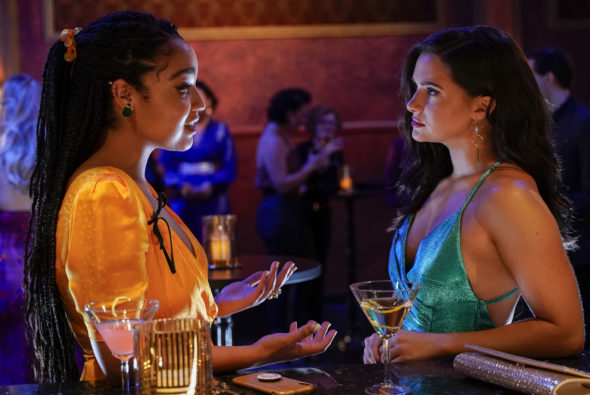 The Bold Type is a popular comedy-drama created by Sarah Watson. The producer of the series is Universal Television. The inspiration behind the series is Joanna Coles who worked as the former chief-in-editor of Cosmopolitan magazine. She is also the executive producer of the series. The filming of The bold type season 1 happened in Toronto, Montreal, and New York City. We get to see the life of the women played by Katie Stevens, Aisha Dee, and Meghann Fahy who are working for the publication called Scarlet.

The bold type season 4 started on January 23, 2020. Now the fans are waiting for the release of season 5.

When will the Bold Type season 5 release?

We do not know when the release date of Season 5 of The Bold Type is. The Freeform also has not given details about the renewal status. As the season 4 released this year we may have to wait to hear the news. But many are wondering if there is a possibility of season 5. The character development of the fourth season was not a success. So if there is a season 5 the creators have to remedy the situation to sweep away the disappointment of the fans.

Season 4 was short because of the coronavirus pandemic. So the writer Wendy Straker Hauser shared that this gives a great chance for the writers to make the story interesting. So now we have to wait and see what happens.

The story of The Bold Type

The series is about the life and career of three women named Jane Sloan, Kat Edison and Sutton Brady. They are working for a publication called Scarlet in New York City. Their editor in chief is Jacqueline Carlyle. These young women try to balance their career and personal life. They also get stuck in romantic entanglements that complicate their life.

The main character Jane starts her career as a new writer for the magazine. She finds it hard to survive as a writer. Then Sutton forms a secret romantic relationship with a man called Richard Hunter who is the attorney of the magazine. Moreover, she tries to become the fashion assistant for the magazine.

Kat works as the social media director of the magazine and begins to explore her sexuality. Over time the women become friends and make many life decisions that change their life. Many events happen throughout The Bold Type episodes that will make you laugh and cry.

The cast of The Bold Type

The main The Bold Type cast member is Katie Stevens who acts as Jane Sloan. She works as the writer of the Scarlet magazine. Then comes actress Aisha Dee who plays the role of Kat Edison. She is a former social media director of the magazine. After her comes Meghann Fahy who acts as Sutton Brady-Hunter. She is the fashion stylist of the magazine.

The other cast members are Sam Page who acts as Richard Hunter. He is one of the board members of the magazine and also its attorney. He becomes the husband of Sutton. Melora Hardin portrays the role of Jacqueline Carlyle who is the editor in chief of the magazine. Nikohl Boosheri acts as Adena El-Amin who is the love interest of Kat. She works as a photographer. Dan Jeannotte plays as Ryan Decker. He is the love interest of Jane who is a freelance writer. These are the cast members who may return for season 5 if it happens.

What can we expect from Bold Type season 5?

The Bold Type Season 4 ended in a hurry. The story was also not what we expected. So season 5 can only make up for it. In season 5 we will be able to see the women experiencing deeper things. The writers are going to explore more. So get ready viewers.

Where to watch The Bold Type?

The Bold Type seasons are available in Freeform site. You can also download the Freeform app. Moreover, by signing in with the TV provider login you can get the series in Apple, Roku, Amazon and Android. Then to get The Bold Type Hulu you have to get the service of Hulu+Live TV.

The Bold Type is a series that shows the life of the three working women in New York. They are bold and independent and inspire many around the world.