Up Against It: The British Trainers Leading The Charge Against Irish Supremacy at Cheltenham 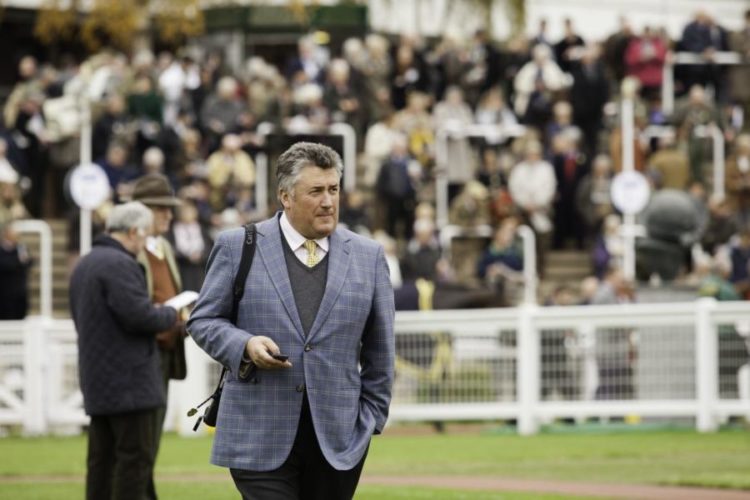 Inferior. Abysmal. Damning. Uninspiring. Those are just some of the adjectives you could use to describe British jump racing’s Cheltenham Festival last year. There has been cause for concern for some time now, with Willie Mullins taking the proverbial throne from Nicky Henderson and Paul Nicholls as far as the Leading Trainer award is concerned, while the Prestbury Cup — the contest between Britain and Ireland — has swung in the favour of the latter in five of the last six renewals — the other ending in a 14-14 draw in 2019.

Last year’s Festival was, without a doubt, the most embarrassing one on record for British racing though. The relentless Irish won 23 of the prestigious meeting’s 28 races, leaving the hosts to pick up the scraps — with the best of their five wins being delivered by Shishkin in the Arkle Challenge Trophy and Chantry House in the Golden Miller Novices’ Chase as Henderson tried his upmost to spare the Brits some of their blushes. Without a Championship victory and well beaten by the visitors, who fielded just 40 percent of the runners, it was still a worrying result for the hosts.

12 months on and we are gearing up for another renewal of the Cheltenham Festival. Racegoers will be back in attendance for the first time in two years, and having spent their hard-earned cash on tickets, which sold out in record time, the British trainers will not want to be on the receiving end of another thrashing from their cross-Irish Sea rivals or the home racing fans in attendance will certainly make their feelings known. That’s easier said than done of course, as the bookmakers are predicting the Irish to rack up 20 winners or more in the big race odds.

Still, Ruby Walsh claims that you can’t rule out the Brits just yet, with the 11-time Festival Top Jockey recently saying: “I just don’t think the top performers from the English challenge are as weak as some people would have you believe. The strength in depth is not where it was, but everything is cyclical and I don’t think the wins for Ireland last year will be the same this year.

“To get it back to where it was [British dominance in 2009/2010] will take a while to come back to that sort of form, but I do think the wheel is starting to turn back to the British. I think there will be more Irish winners at the meeting, but not such a big amount. There are good contenders for the British.”

With that in mind, read on as we take a look at the British trainers hoping to put things right later this month…

A three-time Cheltenham Festival Leading Trainer, Henderson was the last Brit to win the personal accolade — picking up the award with seven winners in 2012, which at the time was a record. Mullins may have run away with it since, taking the trophy back to his Closutton yard seven times in the last nine years, but the 71-year-old is still a prominent figure at the Festival.

The Seven Burrows handler will have plenty of opportunities to extend his Cheltenham record, which currently stands at 70 winners, with Shishkin heavily expected to win the Queen Mother Champion Chase when he reignites his rivalry with Energueme, who he beat earlier this year in a thrilling Clarence House Chase at Ascot — ensuring at least one victory for the Brits in a Championship race.

Meanwhile, Henderson’s exiting juveniles Jonbon and Constitution Hill will go head-to-head in the Supreme Novices’ Hurdle, with the latter the ante-post favourite. Champ will bid for the Stayers’ Hurdle as second favourite behind defending champion Flooring Porter after being pulled from the Gold Cup, while Epatante (Champion Hurdle) and Chantry House (Gold Cup) are slight outsiders, but still in with a chance in their respective races.

Almost 12 months on and it’s still hard to fathom how Nicholls left Prestbury Park empty handed last year. A six-time Cheltenham Leading Trainer between 1999 and 2009, the 59-year-old failed to land a single winner for the first time since 2002 last March — with the likes of Frodon, Bob And Co, Threeunderthrufive, Next Destination and Bravemansgame all flattering to deceive.

With several of his horses bypassing Cheltenham this year, including Clan Des Obeaux and Greanateen, there is a sense that he is already trying to cut his losses at this year’s Festival. But he still has plenty of chances to edge closer to that half a century winners mark (currently on 46), with Bravemansgame favoured in the Brown Advisory Novices’ Chase after Mullins hinted he could opt for the Turners Novices’ Chase for Galopin Des Champs, while Stage Star and Threeunderthrufive are in with a shot in some of the other novices’ races.

After hinting that Frodon would skip the Festival alongside his aforementioned stablemates, the King George VI winner now holds a shock entry in the Grade 3 Ultima Handicap Chase, and while the 10-year-old doesn’t exactly boast the best form, he certainly had the quality and experience to win that three-mile, one furlong contest.

A former apprentice at Nicholls’ yard, spending nine years learning the tricks of the trade under the 12-time British jump racing Champion Trainer, Dan Skelton landed his first Festival winner in 2016 — winning the County Handicap Hurdle with Superb Story, going on to win the Grade 3 race again successively in 2018 and 2019, alongside a maiden victory in the Grade 1 Mares’ Hurdle as well.

However, the 36-year-old hasn’t saddled a winner at Prestbury Park since the 2019 renewal — with things not exactly going to plan and often leaving a lot to be desired. But Skelton is feeling confident ahead of this year’s renewal, as Third Time Lucki (Arkle), Nube Negra (Champion Chase), Shan Blue (Ryanair Chase) and Protektorat (Gold Cup) are all at the right end of the ante-post markets for their respective races.

“To have real contenders in an Arkle, a Gold Cup, a Champion Chase, a Ryanair Chase and a Mares’ Hurdle, as well as a few right up there in the betting for the handicaps, is a good place to find yourself in, and it looks as though we’ve got a nice spread across the four days,” Skelton said.

Also read: 7 Things You Should Know About Horse Racing Before Betting