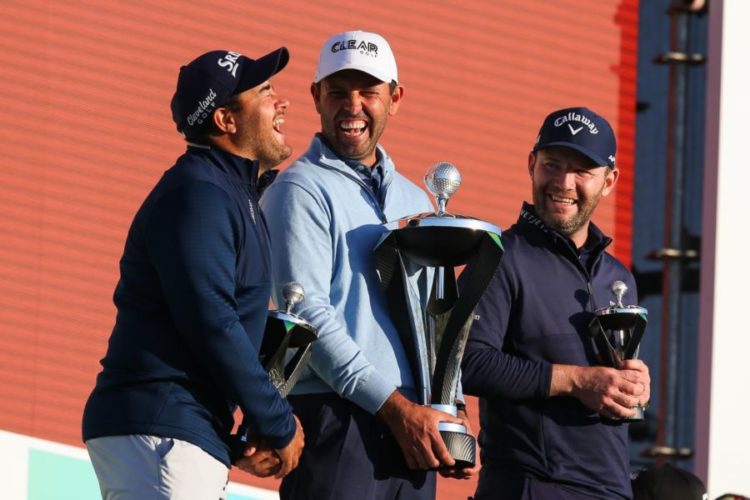 Andy Ogletree is more or less a well-known name in Golf. Infact he had been the 2019 Amateur Champion. While attending  Union High School in Union, Mississippi, Andy led his team to the  Mississippi state championship in 2016. In addition, that year he also won the individual state championship.

However, with the LIV Golf, the 2019 Amateur Champion has begun a new chapter in his career. In the LIV he plays for the Torque GC team. This decision led the PGA Tour to suspend Andy. However, this suspension doesn’t seem to bother him, especially after this year’s LIV outing. In fact, who would mind a suspension after making $120,000 for just a three-day play? However, the former Amateur Champion is not the highest paid. This honour goes to the first LIV tournament champion, Charl Schwartzel. Charl has drawn a grand amount of $4 million. However, this overflow of money has been strictly criticised by experts and fans from around the world. It has also highlighted a weakness in the LIV. Read the article to know more about the issue.

The golf world is wonder-struck by the amount of money the LIV has paid to the players. Obviously, Andy Ogletree is at the centre of the discussion. But you can never ignore the money that was paid to Charl.

In 248 Pga Tour events, Charl has won two titles. In fact, he has been the 2011 champion of The Masters tournament. Therefore he is a name that the Golf world will remember. But since then, his play devolved. On the field, he missed cuts on a regular basis. However, his poor stats did not matter to Greg Norman as he arranged the first season of the LIV Golf in London, this weekend.

In fact, Charl made history by becoming its first champion. Moreover, he made a purse of $4 million in the individual component of the tournament by beating Hennie Du Plessis. In addition, he made another $750,000 in the team portion of the game.

The total amount made by Charl is more than the total sum he made in his last 4 PGA Tour Seasons. This too much money for a weekend of play.

If Charl’s purse surprises you, then Ogletree’s purse will scare you to death. Charl topped the leaderboard. He posted rounds of 65, 66, and 72 en route to a 7-under-par total of 203. On the other end of the leaderboard, we have the former Amateur Champion, Ande Ogletree. He finished 31 shots short of the winner.

Ogletree has not seen much professional play. He is just 24 now. Tying for 34th made him the low amateur at the 2020 Masters Tournament. He briefly played in the pro format in 2021, before his hip surgery. Therefore, it remains unclear whether he was signed for his merit or in order to fill up 48 spots. However, Ande doesn’t seem to care about that as he went on to bag a sum of $120,000 even at the last spot. This huge sum for a tailender seems way too much.

The players who joined the LIV Golf, have given various reasons for their actions. Some have said that the schedule is short. Others have argued that it would give them ample time to spend with their families. However, the purse that the former Amateur Champion has drawn, even after coming last, has shown a different reason. It is nothing but money. This factor undoubtedly inspired many like the 2019 Amateur Champion to make a shift from PGA to LIV. According to sources, Dustin Johnson and Phil Mickelson reportedly accepted more than $100 million, individually as a bonus.

The LIV Golf pays every single player irrespective of their performance. Ande Ogletree made $120,000, even without coming within five strokes of breaking par in any of the three rounds. Now, this is the real issue. The fans always tend to criticise the huge salaries of players, which seem out of proportion against their game.

There for a sum of $120,000 for the Amateur Champion Ande, will face criticism from fans and critics. They will take time to get used to this format of payment. Until then this policy might backfire, as fans might turn to get repelled by so much money.

Also Read: There Isn’t Anyone Who Can Stand Up To Tiger Woods In The LIV Golf Series