The May 25 Update Of The Sim 4 And The Debate 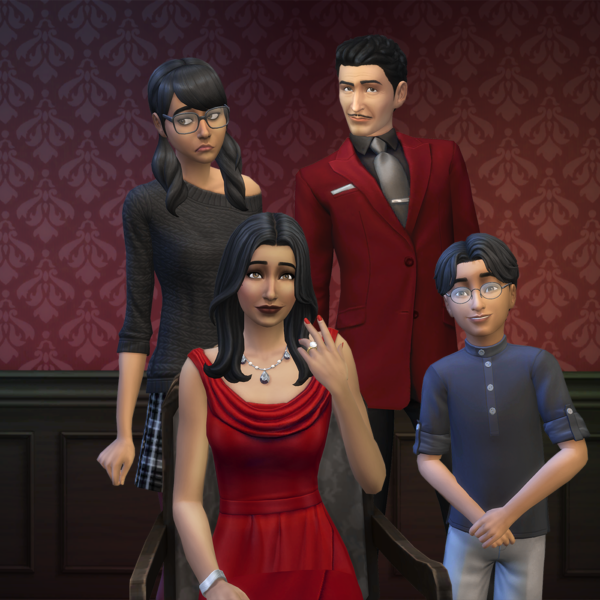 The Sims 4 has been a popular game since its release back in 2014. In fact, all the games of The Sims series have enjoyed huge popularity among gamers. Electronic Arts publishes this highly popular game by Maxis. The Sims 4 is a sequel to The Sims 3 and includes many improvements from its predecessors. The game features improved character creation and housebuilding tools. Moreover, it allows a deeper in-game simulation. In fact, the developers have added twelve extension packs and twelve “game packs” since its release.

However, the update that came on the 25th of May this year has sparked a debate among gamers. This particular update gave an unexpected makeover to the popular NPC Goth family in the game. This NPC Goth family has been there in The Sims since the initial versions. Slowly, over the years, the gamers fell in love with this visibly mixed-race family. In The Sims 4, the character of mother Bella Goth became intensely popular, particularly for her red dress and her huge bazongas. The new update has made certain alterations in the appearance of the characters, and a section of gamers has voiced their dissatisfaction with these changes. Follow the link below to see the announcement post about the update:

Read the article to know more about the ongoing debate.

The New Update of Sims 4

Those who have played The Sims 4 know that the game is set in an alternate universe to other Sims games. Moreover, it does not follow any established character timeline and history. The update on the 25th of May came really as a surprise. This is simply because of the fact that no other NPC family got any update recently. This new update made considerable changes in the appearance of the members of the Goth family in the game.

The first thing that the developers altered were the cups of Bella. They are no longer running quite so over. This alteration has created displeasure among certain gamers. Moreover, the update has significantly changed the outfit of the characters and also has added tweaks to the faces of the characters. In fact, the dissatisfied gamers slammed Bella’s loss of boobage as a  “de-yassification.”

The new update has made the Goth family appear more tanned, along with curly black hair. Moreover, the developers added a delicately slim mustache to the face of the father, Mortimer Goth. All these changes apparently appear harmless. In fact, some gamers have loved these changes. However, there are still others who are dissatisfied with the update.

As we have already seen, the debate regarding the new update of The Sims 4 is mainly about the changes in the appearance of the Goth family. Some players have raised allegations of de-yassification. In fact, some players have even called the changes “ugly”. However, certain other gamers have criticised this opinion. They have stated that calling the changes ugly actually suggests a rejection of non-white features. This claim, in fact, has a deeper root. Previously various gamers expressed the view that the developers intentionally made the non-white NPCs appear more white than usual.

Responding to this old frustration of some gamers, Lyndsay Pearson, Vice President of Franchise Creative, posted a Twitter video. In it, she stated that they recognise the frustration of the gamers and therefore, they are working dedicatedly to make more improvements. Follow the link to view the video:

Therefore, the recent update seems to be the first of such improvements.

Are The Changes Really Radical in Sims 4?

To find an honest answer to this question, one has to look beyond the glass of subjectivity. Therefore, when viewed in this manner, you will see that the changes are never radical. Apart from Bella’s bazongas and her jaws, there are hardly any changes in the appearance of the characters. The characters still have straight hair, light eyes and tiny button noses. Therefore, the changes are not as dynamic as some gamers are claiming.

However, apart from the appearance issue, the new update of The Sims 4 has introduced two new scenarios, some new furniture, and a song by Alice Longyu Gao. Therefore, there are certainly other aspects to the update that the ongoing debates seem to overshadow.

The new update of The Sims 4 has made some changes to the appearance of the Goth family. Yet the changes are not that dynamic. Therefore, there seems not much substance to support the claims of de-yassification. However, the developers must do much more to improve the representation of the characters.