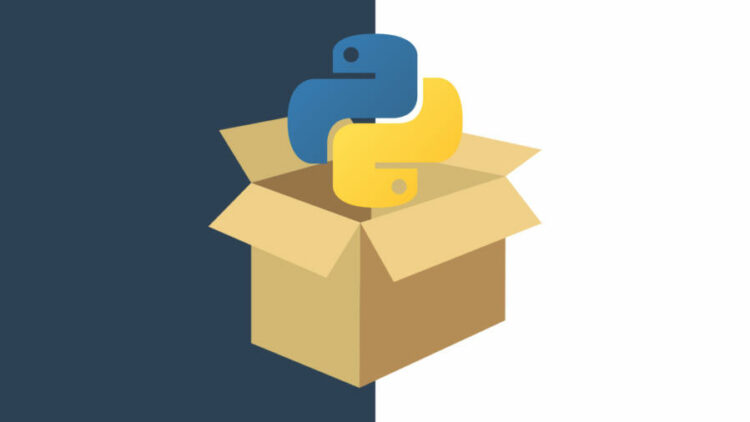 A package in Python is multiple module files that make it easy to store an application’s dependencies in one place. Today, we will look at packages that became the most downloaded in a month, according to PyPiStats. The information there is constantly updated. If you are looking for professional Python software development services instead, share your request.

This package has been downloaded more than 388 million times in recent months. It is the AWS SDK for Python. It allows Python developers to write software that uses services like Amazon EC2.

It is a powerful, user-friendly HTTP client for Python. Most Python developers have already implemented it in their work, and you should too. The package contains many essential features for web development, so it is no wonder it was downloaded 260 million times.

Package offers a low-level interface for AWS and is the basis for several other highly downloadable Python packages. The package is the basis for the AWS CLI and boto3. Additionally, it is maintained and published directly by Amazon.

This package offers “support for the Internationalised Domain Names in Applications (IDNA) protocol as specified in RFC 5891”. This is the latest protocol version, referred to as “IDNA 2008”. Basically, it is a library for Python that provides translation of IDN names from ASCII to Unicode and back.

For a long time, this has been the most popular Python package, downloaded over 231 million times this month. It is an HTTP library that is used extensively during web development. The package allows you to send HTTP/1.1 requests very quickly. There is no need to manually add query strings to URLs or encode PUT and POST data. You can just use the JSON method.

This package is a must-have for anyone who creates scripts all the time. With it, you can easily download, build, install, upgrade, and uninstall Python packages. Downloaded over 205 million times this month.

It is a Python library for managing Amazon S3 data transfers. It has been downloaded 195 million times. It is under active development, and its page says not to use it or specify the version because the API can change even between versions. Boto3, AWS-CLI, and many other projects depend on s3transfer.

You can use this module to determine the encoding of a file or data stream. It can be useful, for example, when analyzing large piles of random text. But it can also be used for remotely loaded data when you don’t know the encoding. Downloaded 194 million times.

It provides Mozilla’s handpicked collection of SSL certificates for your query projects. Originally it was extracted from the Requests project. Certifi does not support adding/removing or other changes to the contents of the CA trust store. This project is designed to provide a reliable and portable root of trust for Python deployments.

It is the Python 2 and 3 compatibility library. It provides utility functions for smoothing out differences between Python versions to write Python code that is compatible with both versions of Python. The package has been downloaded over 168 million times in the last month.

So, what conclusion can we draw from this top list:

Also read: Looking for Website Development? Things You Should Consider

Enjoy All Your Favorite Amazon Prime Movies Offline: Here’s How