The Murder of Emma Walker By Riley Gaul, Her Boyfriend! 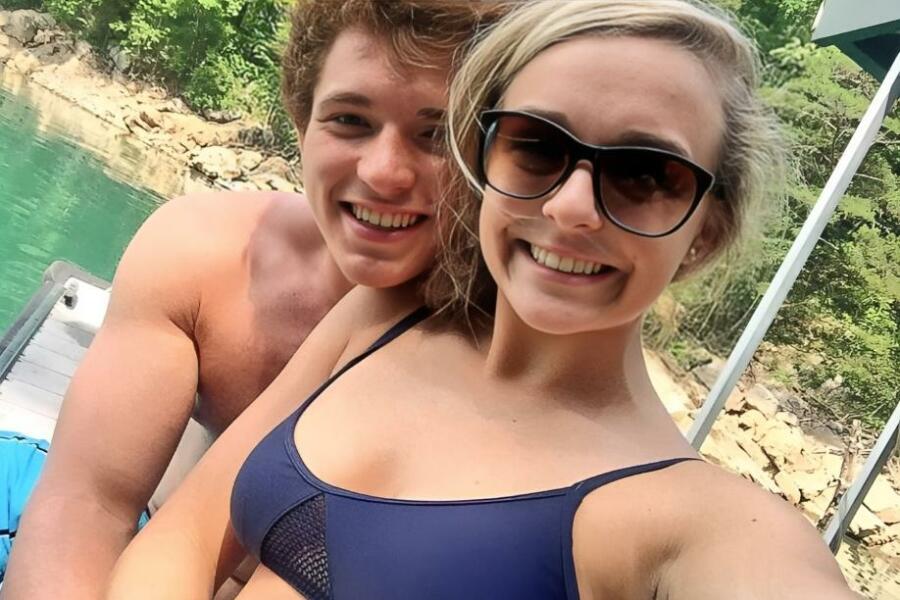 Authorities arrived quickly after Jill Walker discovered her daughter unconscious in her bedroom. When evidence pointed to murder, the initial presumption of suicide was quickly revised. “Death of a Cheerleader” on Investigation Discovery details how Emma Walker’s turbulent relationship came to a tragic end. We have all the information you need regarding this case that you need to know. So, continue reading!

How did Emma Walker Die?

Living in Knoxville, Tennessee, with her parents, Emma Jane Walker was born in March 2000. The 16-year-old was praised for having a charming smile and for being vivacious and kind-hearted. Emma attended and participated in cheerleading at Central High School in Knoxville. She loved animals and had aspirations of becoming a neonatal nurse when she was older. Everyone seemed to think Emma had a promising future.

On November 21, 2016, Jill, Emma’s mother, left to get her daughter ready for school at around 6 AM. But she received no response. The terrified mother dialed 911 when Jill was unable to feel a pulse. Emma was discovered by the police in her bed. Two bullet holes were found in the walls of the bedroom after an inspection of the room. A bullet was stuck in the pillow next to Emma’s gunshot wound behind her left ear. A neighbor reported hearing gunshots at around 2:30 AM, and the authorities discovered 9mm round casings outside the home.

One name came up regularly when the police questioned Emma’s family members. It was William Riley Gaul. When Riley, a junior wide receiver for the school football team, was a freshman, Emma started dating him. Friends noted that they were fighting constantly, which soon caused the relationship to shift. They split up multiple times. People who knew the couple also claimed that Riley was possessive and domineering.

The Toxic Relationship Between Emma and Riley

Jill said Riley would make an effort to dictate what Emma could and couldn’t wear. Other times, he spent hours waiting outside Emma’s place of business. Friends claim Riley sent Emma abusive messages as well, at one point predicting she would be listed in the obituary. Emma’s parents sought to limit the amount of time she spent talking to Riley in response to his frightening conduct and urged her to end her relationship with him. Nevertheless, the relationship persisted.

Emma was in her junior year of high school and Riley was a college freshman in the fall of 2016. In the hopes that things would improve, Emma’s parents grounded her on Halloween. At last, Emma made up her mind to part ways with Riley permanently. He didn’t take that well, though, and attempted suicide by consuming Vicodin along with alcohol. Then, there were a few peculiar occurrences in the days preceding Emma’s murder.

The Murder of Emma By Her Boyfriend

On November 18, 2016, Emma was visiting a friend when she got some ominous text messages from an unidentified number. She had to follow instructions, according to the texts, or someone close to her would suffer harm. After some while, she received a message stating Riley was outdoors. He was found by Emma and a friend in a ditch, and he claimed to have been abducted. The police were never contacted, though. Noah Walton, a friend of his, questioned Riley’s kidnapping story.

Emma was worried about a person in black continually ringing her doorbell and beating on her door the next morning. Riley was then invited over to offer assistance. Jill had a hunch Riley was involved in both of the incidents. Riley’s buddy also told investigators that he had stolen his grandfather’s 9mm revolver from him because he thought someone was chasing Emma and him.

Riley denied removing the gun and said he had nothing to do with Emma’s death when he was questioned by the police. Riley asked his other friend how to clean fingerprints off a gun, according to information provided to the police. The suspicions against Emma’s ex-boyfriend grew among the authorities. The police then enlisted the help of two of Riley’s pals, Alex and Noah, to arrest Riley. They followed him while wearing a wire because he needed assistance getting rid of the gun. Authorities detained Riley as he attempted to throw the pistol into a river.

Where is Riley Now?

Riley had put the murder weapon, some black clothing, gloves, and other items in a garbage bag. He was supposedly the mysterious stranger that knocked on Emma’s door just before she passed away, according to the police. For the murder, Riley went on trial in May 2018. He didn’t intend to actually murder Emma, according to the defense, just scare her. Riley was convicted at the age of 19 of first-degree murder, stalking, stealing, reckless endangerment, and possession of a firearm during a serious felony.

In the end, Riley was given a life sentence with a 51-year parol. He apologized to Emma’s parents before the sentencing. Telling the truth about that evening is all I can do. I intended to frighten her… I had no intention of killing Emma. I apologize once more. At the Northwest Correctional Complex in Tiptonville, Tennessee, Riley is still a prisoner.