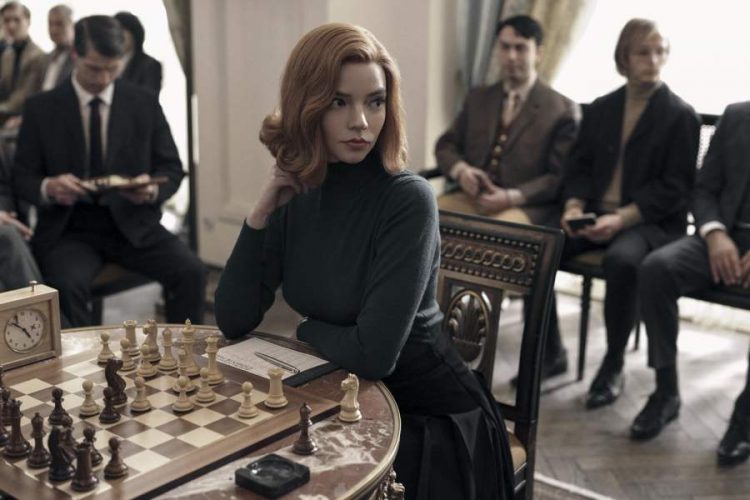 The Queen’s Gambit is an upcoming Netflix miniseries created by Scott Frank and Allan Scott. The series is an adaptation of a novel written by Walter Tevis in 1983. This new series is going to show how a chess prodigy overcomes her addiction to achieve her dreams. The film is set during the era of cold-war. Many great actors are part of the cast so it will become a great success. The teaser looks amazing. Know all the information about the series here.

When is the release date of The Queen’s Gambit set?

The Queen’s Gambit will release on October 23, 2020, in the Netflix streaming service. The filming of the series took place in Berlin. That is why the locations are excellent. Stay tuned for the series as it is a classic story. The first season will release with six episodes.

The trailer shows Anya Taylor Joy in the role of the main protagonist. At first, we see the character Beth in the orphanage discovering her chess skills. Then she grows up into a glamorous woman who gets addicted to drugs. But will she make a mark in the field of her choice in the male-dominated platform? The miniseries will take us into the in-depth detail of the environment in the cold-war period in history.

What is the storyline of The Queen’s Gambit?

The series traces the story of Beth Harmon an orphan who grows up in an orphanage in the 1900s. At first she seems an unremarkable girl with quiet and sullen attitude. However, she develops a remarkable talent for chess that makes her mind sharp and her senses clear. But she is a drug addict from a young age that disrupts her talents.

We will see how she overcomes her isolation and grows up as a skilled and talented woman. She will try to achieve her dreams in a male-dominated world even though she gets haunted by her narcotic addiction. As her professional circuit becomes bigger and bigger she faces a lot of other challenges that make her stressed. Will she become successful in the end?

The series will deal with many themes such as alcoholism, feminism, chess addiction, and drug addiction. These are the aspects which are central to the development of the Harmon as a character. Therefore this film will prove to be an inspiration to many people.

Anya Taylor Joy is playing as the main character Beth Harmon the brilliant chess player in the series. The actress shared that she prefers to do challenging roles. She has learnt a lot about chess by playing the role of Harmon. Recently the actress played the female lead in the film adaptation of Jane Austen’s Emma. So her fans are really excited to see the actress in a new and different role.

Then Moses Ingram is going to play the role of Jolene a fellow orphan of Harmon. The other important cast members include Bill Camp, Thomas Brodie-Sangster, Harry Melling, Rebecca Root, and Marielle Heller.

The Queen’s Gambit will get released soon. Therefore stay tuned for it. The series will tell the story from a celebrated novel well ahead of its time which will be suitable for the modern-day viewers.