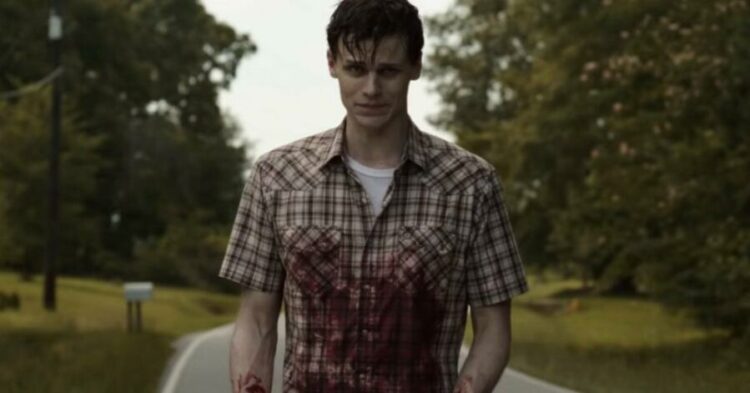 Arne Cheyenne Johnson was just 19 years old while murdering his landlord, Alan Bono. Alan was 40 years old at the time of his death. Arne lived in a small community in Brookline.

It was a great shock for such a community of people about the act of Arne. But another shocking thing about Arne is asking guilty to the court because of demonic possession.

What is the Real Story About Arne Johnson?

On February 16, 1981, Arne Cheyenne Johnson stabbed his landlord, Alan Bono for more than 20 times. After killing him, he said, ‘The Devil made me do it.’

The court of law was dealing with the devil in its history for the first time. Though the court dealt with questions related to god, it was the first time it was about the devil.

This murder was just an open-and-shut case in Brookfield, Connecticut. Initially, the police officials declared it was the murder of the landlord by his tenant, Arne. It happened the two of them had a violent argument.

During his first trial, Arne was arrested for committing the first-degree murder of his landlord, Alan Bono. However, the man made some claims after the police arrested him.

During the hearing in the court, Arne said, “The Devil made me do it.” Even the attorney presented his claim to the judge and explained his client’s demonic possession. Furthermore, two paranormal investigators even backed up such claims.

Where Did The Devil Story Begin?

The roots of this demon possession case were from the convict, Arne, and the Glatzel family. So, the main question that arises here is how Arne gets possessed.

Based on the testimony, David, an 11-year-old boy, had a problem with a demon. His family members watched him doing bizarre activities. Thus, David and his family decided to seek the help of paranormal investigators Ed and Lorraine Warren.

They took David to multiple priests and even Church to perform some exorcism to remove the demon from David. This process continued for several days; one day, the demon went away from David’s body. But the problem is that the demon entered Arne while in the exorcism.

Arne and Debbie said about the start of paranormal activities and how did the demon story begin? This story began when David and his family went to clean up a rental property.

David explained that he saw an older man, and the man was trying to terrify him. Initially, his family ignored all of David’s statements but later understood the fact. David said that the demon warned him not to enter the rental house.

Later on, David’s visions became more troubling for him. He even said that the demon appeared as an older man and murmured in Latin. The older man even threatened trouble and stole the entire family’s soul.

After that, the family admitted to hearing strange noises, but only David saw the real demon. Then, Arne challenged the demon to possess him while attending exorcisms. Even Arne made eye contact with the devil while it was going to possess him.

The Shocking Murder Of Alan Bono By Arne:

Arne Cheyenne Johnson and Debbie were leading a life in a rental home possessed by Alan. On February 16, 1981, people never forgot the vicious argument between Arne and his landlord, Alan Bono.

As a result of the argument, Arne stabbed Alan multiple times in the stomach and the chest. This made him bleed a lot and finally die. Then, the police arrested him after investigating the incident.

The next day after the murder of Alan, Lorraine went to claim the case asking that it was the demonic possession case. Arne’s trial began on October 28, 1981, at Connecticut’s Superior Court in Danbury. Arne’s lawyer, Martin, tried to prove Arne guilty of demon possession.

Then, Arne admitted that he saw a demon, and one of his family members, Debbie’s brother, David, was possessed by a demon. Also, he added that the same demon possessed him now.

Initially, the court didn’t accept all such demon stories, but the defense still argued over this case. The defense even submitted witnesses involving people who saw the demon transfer from David to Arne.

Ed Warren admitted Arne made the big mistake of taunting the demon. Debbie also admitted that she saw similar things as her brother did before.

The case went on for more than three days, but finally, the court announced Arne guilty. He was convicted of committing first-degree murder. On November 24 1981, he got a life sentence to serve for 10 to 20 years. In 1986, the court released Arne, but he just served five years sentence.

The court didn’t accept demonic possession as a legitimate defense in the trial. And hence, the case got the name ‘the Devil made me do it case.’

What Happened To Arne Now?

Arne and Debbie had two children. Arne married Debbie while he was serving in jail. While he was inside, he also completed his high school diploma. Then, Lorraine took this case and wrote a book about this incident ‘The Devil in Connecticut.’

Lorraine published the book based on Alan’s murder by Arne. The inspiration for this book led to a television movie named ‘The Demon Murder Case.’

But Debbie’s brother Carl did not want to publish this book. Since it might affect the emotions of his family. Arne’s incident became the story ‘The Conjuring: The Devil Made Me Do It.’ But the real-life story is much more disturbing. It is a film about this true incident but not covers the entire story.

This is all about the true story behind the murder of Alan, a landlord, by his tenant, Arne. To know about this entire story, one can read Lorraine’s book.