Dream Come True: This Aircar can Transform into An Aeroplane in 3 Minutes 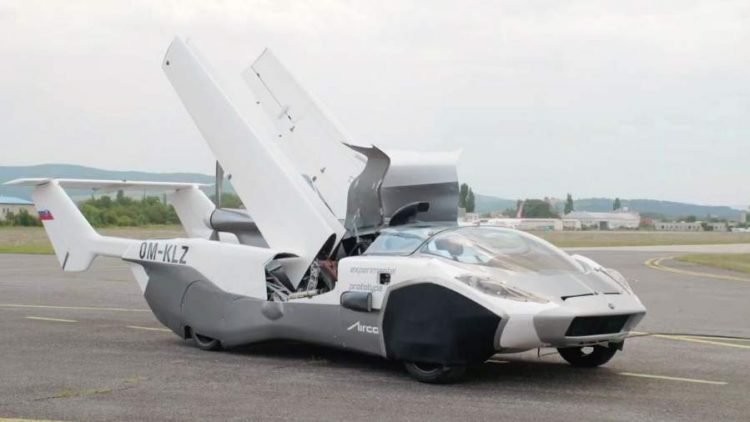 We have only seen flying cars in movies and series set in future. However, this vision is now going to become true. Recently a Slovakian company has made a car and tested it. The name of the car is Air Car. For thirty years Klein Vision Development Company is working on the Air Car. The creators have shared that the car is applicable for commercial as well as personal use. The car can modify into an aeroplane in three minutes and can obviously fly.

The car gets powered by BMW 1.6l engine. We can call it a car-plane because it has 140HP power output. The travel range of the car is 1,000 km and the flight consumption is 18 l/h. The developers said that they already found a buyer for the Aircar. The actual prototype of the car released in 2019 for the public to see in China International Import located at Shangai.

They are not the only developers to create flying cars because many companies like AeroMobil are creating such models. These companies are working hard to develop the models.

Information about the Klein Vision

The founder of Klein vision is Stefan Klein. He is also the CEO of the company. He contributed the last twenty years of his life to build flying-cars. Now he has finished the testing of the AirCar which is soon going to revolutionize the world.

He graduated from Slovak University of Technology in the year 1983. He did his education at the Academy of Fine Arts and Design. Then he became the head of the department at AFAD. He is well known for innovative research projects with brands like BMW, Audi and Volkswagen. Moreover, he became the visiting professor of Mackintosh School of Art in Glasgow. Klein has a passion for flying and that is what made him create the flying cars.

The flying car models will surely take over the world. Who would say no to a flying car as it is a dream of many people?