Tiffany Trump Biography and Her Relationship with Her Father 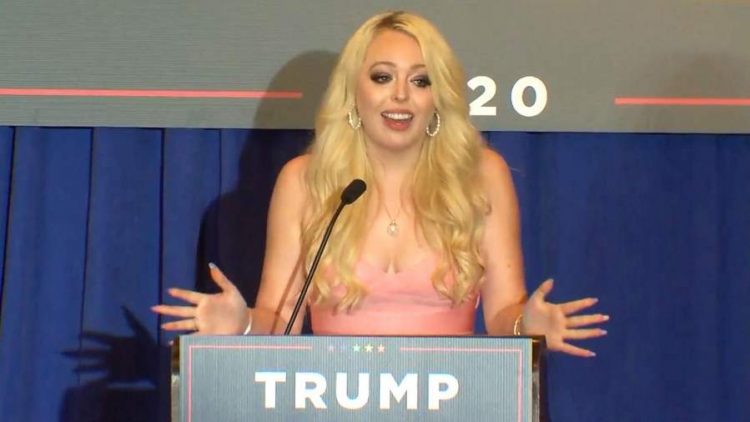 Tiffany Ariana Trump is the daughter of former US President Donald Trump. She is the only child of Marla Maples who is the second wife of Trump. Her relationship with her father is not as good as he has with his other children. Many sources say that she is the least favourite of Trump children and always gets little appreciation for her efforts. Her political views also differ from her father. Tiffany Trump age is twenty-seven. She always keeps a low profile than her more popular siblings. Find all the information about Tiffany Trump 2020 here.

Tiffany Ariana Trump’s birth date is October 13, 1993, and her birthplace is West Palm Beach, Florida. Her parents welcomed her into the world two months before their marriage. Her mother Marla Maples is a television personality and actress. She is the second wife of Donald Trump who married her on December 1993. Trump named his daughter after Tiffany & Company which was near his company Trump Tower. But the couple divorced in 1999 and Tiffany got raised by her mother.

She has three older half-siblings named Don Jr., Ivanka and Eric who are the children of her father’s first wife Ivana. Then she has a younger half-brother named Barron born to Melania Trump.

In the year 2012, Tiffany released a music video titled “Like a Bird”. Then after Tiffany Trump speech in 2016 in the Republican National Convention, many people started criticizing the song for the auto-tuned pitch correction. So it received negative reviews from the critics. She also gave a speech during her father’s 2016 presidential campaign. On 2015 she started to work as an intern in Vogue. Then in 2016, she worked as a model for Andrew Warren fashion show that happened as a part of New York Fashion Week.

When Tiffany was studying at the University of Pennsylvania she met Ross Mechanic who was a fellow student. She was in a relationship with him from 2015 to 2018. Then after that, she met Nigerian-American billionaire and business executive Michael Boulos. His family owns the Boulos Enterprises and SCOA Nigeria. She is in a relationship with him from 2018. Many speculate that he will be Tiffany Trump husband.

Tiffany Trump is an active user of Instagram. In Tiffany Trump Instagram there are more than 1.8 million followers. She posts pictures of herself, her friends and her family. Her friends are popular people like Kyra Kennedy, Reya Benitez, Ezra J. William, Gaïa Jacquet-Matisse and more. Andrew Warren has edited their photos and it’s called “rich kids of Instagram” by New York Post.

The net worth of Tiffany Trump

The net worth of Tiffany Trump is $10 million. This is only a fraction of the net worth estimate of her older siblings. As her career is starting now we can expect it to become more in the future. She is going to use her skills as a lawyer in her family business.

Tiffany Trump is a rich kid and spends her time enjoying her life and is also focusing on her career.