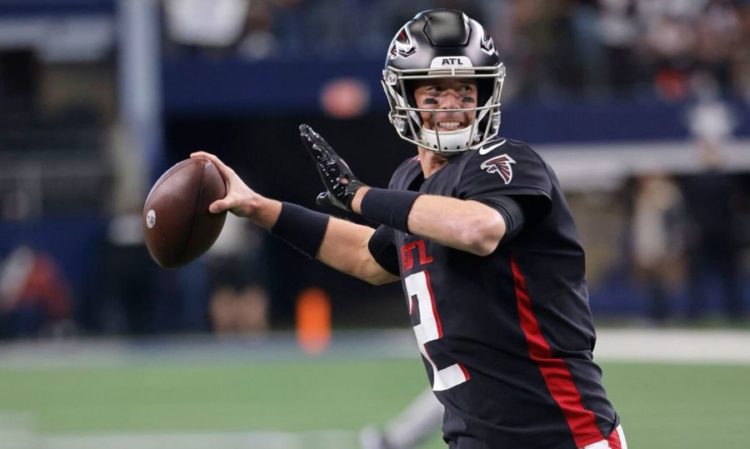 Presently, one of the most trending news of the sports world is the trading of Matt Ryan to the Colts from the Atlanta Falcons. So, today, we will discuss the NFC South status report after the ongoing events. So if you would like to know all the recent updates about this issue, stay with us until the end. Let us now share with you some of the detail regarding it.

What is the Matter All About?

Many of our readers are probably confused with the present situation of NFC. So we will simplify it for you here. Previously we had seen that Tom Brady retired, Jameis Winston was a free agent, and the Falcons and Panthers were heading upwards. However, the situation suddenly changed now. In fact, presently, it seems as if the NFC South is like the Buccaneers and is trying to become supreme. As per the news, no team has coveted Deshaun Watson more than the Panthers. This is because it seemed as if they would trade the star quarterback from the Texans to some other team. In fact, they have been after him since the last offseason.

Now that Tom Brady has come from his “retirement,” the situation is different. Here is a video regarding the Falcons’ position in the NFC South.  You must have heard that the Saints, Panthers, and Falcons were after Watson. However, when it became clear that the grand jury would not indict Watson, they called off the bets.

Does it sound gross to you? Well, it might. Even though there were several ongoing legal issues, Watson had narrowed his options down to a few. That list had the names of Browns, Panthers, Saints, and Falcons in it. He did this within less than a week after the teams began to pursue him openly. In fact, all the four teams had presented the Texans with a viable trade package; this made the situation advantageous for Watson. Therefore, through this, he could decide which team he wanted to go to and where to end the no-trade clause.

What is the Present Position of NFC South?

Another mega deal: Bills reached agreement with WR Stefon Diggs on a 4-year, $104 million extension that includes $70 million guaranteed, sources tell ESPN. Deal ties Diggs to Buffalo for six more years, at $124.1M, with the intent from both sides to have him retire in Buffalo. pic.twitter.com/ptSQ3eE54D

You must have seen on social media platforms that the Saints recently rallied and re-signed Jameis Winston. On the other hand, the Falcons had traded Matt Ryan to the Colts to pursue Watson. However, in place of Watson, they got Marcus Mariota as the 14-year vet’s replacement. Meanwhile, the Panthers did not have their luck here and basically did nothing. They also don’t seem to have a clear roadmap.

So if you want to have a look at how this “Watson” situation has shaken out the teams, you can read through this.

If you are regular on social media platforms or remain updated about sports news, you must have indeed heard about it. As per the sources, the Buccaneers got Brady and re-signed many of the top players. For instance, Chris Godwin will stay in Tampa Bay along with Leonard Fournette. Furthermore, Brady’s return to the league was the ultimate death kiss for a division that had a few teams looking ahead to transition.

It is nothing new that New Orleans has done nothing to improve its position. However, it is different from the Falcons and Panthers. But they have recently re-signed Jameis Winston after failing to get Watson. Therefore, they are presently in a better position than before. We are yet to see how they use their new teammate and if they will be able to start their winning streak or not.

Presently, the Panthers have backed themselves into an impossible situation as the bizarro-world Colts. Just as the Colts got Matt Ryan on their team, the Panthers have a new addition to their team as well. Teddy Bridgewater, Sam Darnold, has joined the Panthers recently. Every time they have set their eyes on big names, we have yet to see how they perform in the upcoming matches.

Even though they have already lost Matt Ryan, Marcus Mariota is undeniably a great player. The situation might not be good for the Falcons like the last year; however, we can expect them to fight back.

By now, you must have understood the present condition of NFC. Things are a bit messed up right now for some teams; however, they are sure to overcome the hurdles and fight back.