Top 10 Most Popular Sports in Canada 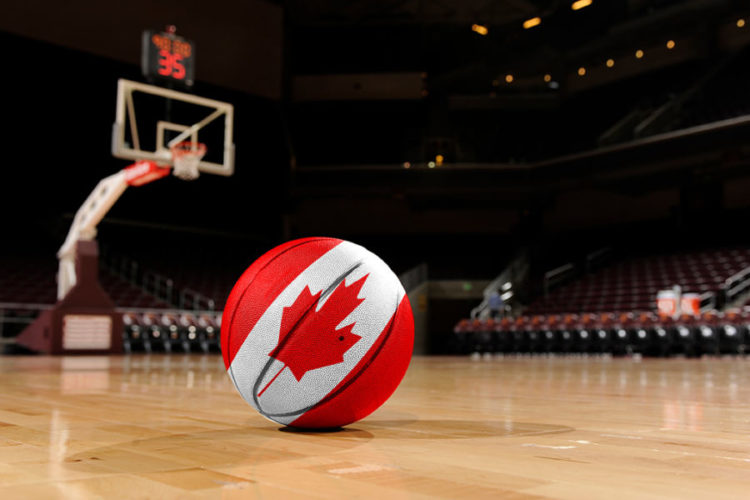 Are you a sports lover? If your answer is Yes, you indeed keep track of all popular sports, right? In fact, there are several countries like Canada and others which are not only known for their great climate and strong economy but also as sports enthusiasts. Needless to say, there are many popular sports in Canada, that create perfect opportunities for Canadians to showcase their talents. They also effectively compete with the rest of the world at global levels.

Moreover, Canadian sports fans are more educated than any other sports-loving nation in the world. This is because they come from families with socially engaging, high economic cultural values. So would you like to know all about some of the most popular sports in Canada? Stay with us until the end to know all about them in detail. Let’s get started!

What are the Most Popular Sports in Canada?

Since you are reading this article, it is pretty evident that you are a sports lover. So you are probably wondering what are the most-watched sports in Canada, right? Well, you are at the right place as we will share with you all the relevant details about the most popular sports in Canada. Here are some of them. Let us have a look!

This is one of the most famous sports in Canada. In fact, day by day, its popularity is also increasing among the people of the country. According to FIFA, around 2.6 million native Canadians played soccer in 2006. This makes soccer the most popular sport in Canada in terms of the participation rate.

Presently, there are 1 million registered soccer players in Canada who play in 1200 clubs. These clubs are available in 13 provincial or territorial member associations. In fact, they also participate in Major League Soccer, United Soccer League, and various other tournaments. Also, Canada’s men’s national soccer team secured a rank at 78th in the FIFA World Ranking. Their women’s national soccer team had a rank of 7th in FIFA’s ranking.

Ice Hockey also ranks similar to soccer, however, many people regard it as the Number 1 sport in Canada. This is because ice hockey is the national winter sport of Canada. In fact, presently, 42.7 % of NHL players are Canadian-born. So you can well understand why the game is so famous in the first place.

Moreover, in 2010, around 1.3 million Canadians took part in this game. The most popular hockey teams of Canada are Toronto Maple Leafs and Montreal Canadians. They are also the top favorite teams of the people of Canada.

Just as we talked about the national winter sport, now it is time for us to discuss the national summer sport. Lacrosse has become one of the most popular sports in Canada since the beginning of the 20th century. In fact, whenever, there is a lacrosse game, the stadiums are always full. People consider it an integral part of Canadian culture.

You will be surprised to know that presently more than 100,000 registered players play Lacrosse across Canada. This game might not be famous elsewhere, however, it has immense popularity in North America. It is because of this popularity, this game was also present in the Summer Olympics.

Canadian football is ranked second in the list of most popular spectator sports in Canada. In fact, the people of Canada consider the Grey Cup which is the annual championship of Canadian football as one of Canada’s largest annual sports events. Moreover, during this event, many casino platforms offer lucrative deals on online casinos for real money. This enables fans to earn a hefty amount of money.

If you are a Canadian sports fan, you will know that the world’s first baseball game was played in Beachville, Ontario, on June 4th, 1838. In fact, during the 19th century, Canadians took part in numerous level competitions in the country. Presently, the Toronto Blue Jays are the only major league team.

However, around 75 Canadian cities and towns play minor league baseball. This keeps on increasing year after year.

Until Ice Hockey became popular in the early 20th century, the people of Canada considered Cricket as the most popular sport. In fact, due to its immense popularity, the first PM of Canada, John A. Macdonald, declared Cricket as the national sport. Cricket Canada, founded in 1892 governs Cricket. Now with more than 40,000 active cricket players, it is presently the fastest-growing sport in Canada.

So, next, we have Rugby, which is one of the popular sports in Canada. An early form of rugby was in fact, first played in 1923 in Canada, mostly in east Canadian towns. Even though there are not many Rugby players in Canada, there are around 30,000 adults who play this game at some level or the other.

Despite it being moderately popular, many Canadians participate in different global events like Rugby World Cup, Churchill Cup, etc.

You might not have heard the name of this sport as much as the earlier ones, however, it is pretty famous in Canada. In fact, outside Canada, people call it bewilderment. As per the news, Curling was invented as far back as 1511 in Scotland but came to Canada in 1985. Gradually, it became an essential sport for grassroots Canada, and participants of all ages took part in this game.

In fact, among the Canadians around 1,986,000 people took part in this game at least once in their life.

This game is not only famous in Canada but in other parts of the world as well. Both men and women in Canada take part in basketball. In fact, they also take part in different levels of the competition, throughout the year. Even though pro basketball started in 1946 in Canada, it became famous in 1994 after Toronto Raptors and other Vancouver Grizzlies enlisted in the NBA.

Moreover, around 354,000 youth whose ages are between 3 to 17 play basketball in Canada. In fact, it is also the sixth most popular sporting activity for Canadians. Most students of high schools and colleges in Nova Scotia play this game in Canada. Whenever there is a match around 30 teams participate in it. Needless to say, basketball ranks pretty higher among the popular sports in Canada. Furthermore, this game is getting more and more famous among adults as well.

Needless to say, Golf is another of the famous sports in Canada. In fact, we regard Canada as the third biggest golfing nation. This is because of its several facilities along with various hole courses. However, despite the country having 310,000 registered and overall 1.5 million golfers, golf is not much of a popular sport there.

As per the sources, the people of Canada started playing golf from 1850 to the 1900 centuries. In fact, since then the country has had several pro golfers over the centuries. Moreover, unlike other countries, Canada has made 90% of its golf courses available to the public. It was the Montreal Club that initiated the beginning of golf in Canada.

So as we conclude, we can say that Canada is a sports-loving country. There are a lot of sports in this country that the people take part in throughout the year. Among various sports, we have summed up the top ten that are immensely popular in Canada. So if you are a Canadian sports fan, have a look at the above sports to have an idea.